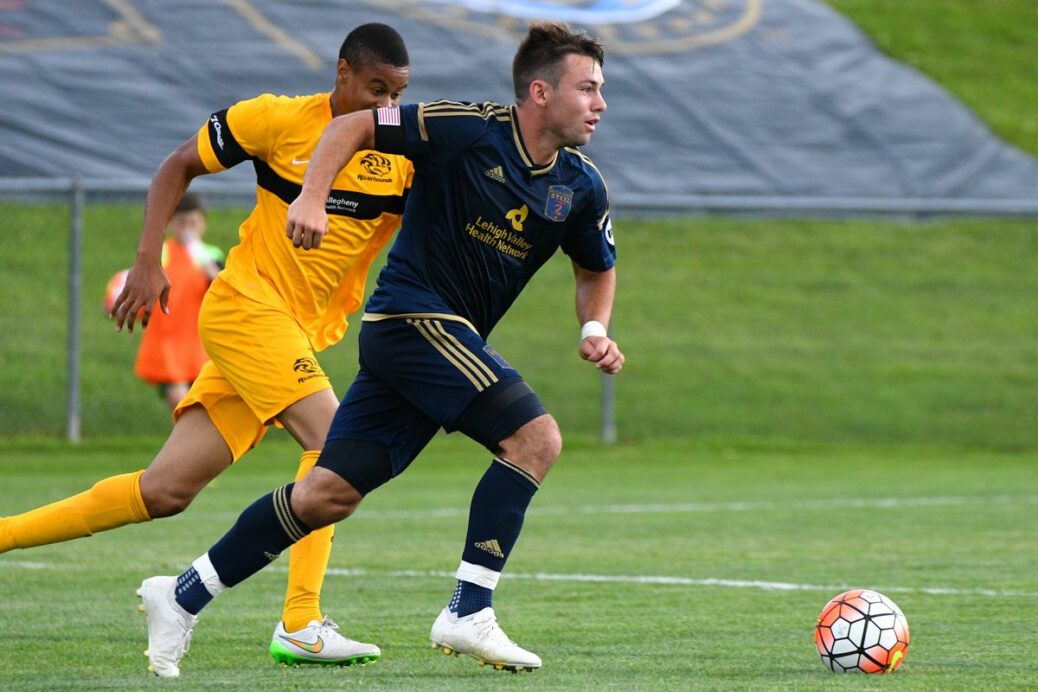 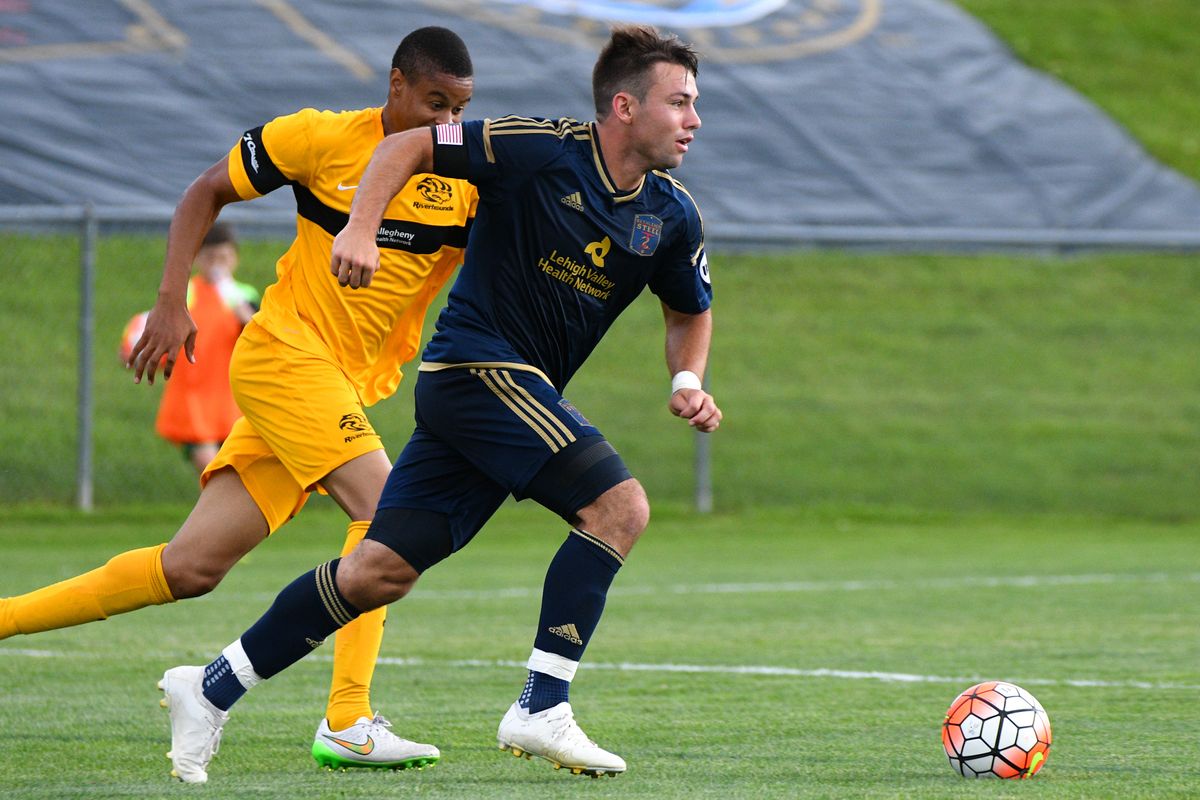 The Bethlehem Steel have a chance to move as high as second place this weekend when they take on the Pittsburgh Riverhounds Saturday night.

The weekend slate of games in the USL is chock full of matches that could see teams making big moves in the standings. Whether it’s the Charleston Battery looking to go nine points clear in their lead of the Eastern Conference, or the Harrisburg City Islanders climbing back into playoff contention.

Out west, the Swope Park Rangers can overtake San Antonio FC for second place, and Phoenix Rising can hop into a playoff spot.

Let’s take a look at all the weekend action

With the Swope Park Rangers breathing down their necks, picking up three points is crucial for San Antonio FC when the OKC Energy come to town. Last time out, these two teams played to a scoreless draw. The result was part of the slow down San Antonio has incurred after their strong start to the season. If they are to get back to their winning ways, they will need to fix their scoring issues. San Antonio have scored just five goals in their last six matches, three of which came in a single match against the Tulsa Roughnecks. The Energy are struggling but still remain in position to catch up with the top half of the table. A statement win on the road could be just what the doctor ordered.

Back on June 17th, the Rochester Rhinos handed the Ottawa Fury a 1-0 loss, derailing the momentum the Fury had been building since a come from behind win over the New York Red Bulls II in May. Now, the Fury are just 1-3-1 in their last five matches, dropping a result to Toronto FC II last week. Bob Lilley’s side has been very strong after a rough start to the season, and their defense has been a big part of that. The Rhinos have given up two goals in a match only once since April. While their record is punctuated by a number of draws, the Rhinos remain a compact team that can get the job done in close games.

Even with the New York Red Bulls II playing at home, this one has mismatch written all over it. The Charlotte Independence have been a force ever since defeating the Red Bulls II 5-1 back in May. Since the lopsided victory, the Independence have only lost a single game in their last ten, and are the only team to score more than a goal on Rochester since April. The Red Bulls II have struggled on both sides of the ball of late and continue to spin their wheels when trying to create chances. In the past though, the Red Bulls have surprised superior competition and gotten results against unlikely foes. Is it in the cards for them again this weekend?

The Bethlehem Steel’s recent run of form is second only to the Charlotte Independence. The Pittsburgh Riverhounds are on an opposite end of the spectrum. The Riverhounds have also struggled away from home this year, making a trip to Bethlehem all the more troublesome for Pittsburgh.

The Vancouver Whitecaps suffered another set back in midweek play with a loss at home to the Swope Park Rangers. When Reno 1868 come to town, don’t expect things to go much better. Fresh off a 9-0 victory over the LA Galaxy II, Reno will come into this match with a ton of confidence going up against another team struggling in the bottom of the Western Conference table. The Whitecaps did create chances, despite their loss to the Rangers, but if they continue to struggle pulling the trigger, this one could be over before it begins.

The Harrisburg City Islanders got a big win midweek over the New York Red Bulls II. If they can get a second consecutive home victory over the Richmond Kickers, the Islanders will be that much closer to creeping into the top half of the Eastern Conference table. The Kickers don’t pose much of a threat, but they have scalped a few points from top Eastern competition in recent weeks. Can they do it on the road? That remains to be seen.

Louisville City and the Charlotte Independence are neck and neck heading into the weekend. A win over FC Cincinnati would buy Louisville some space in the standings. FC Cincinnati had to abandon their U.S. Open Cup match against Miami FC due to inclement weather. Their minds will have to refocus for this weekend’s clash to pick up points against one of the best teams in the East. While Cincinnati has done well to get the job done at home, they need to prove themselves on the road.

The Charleston Battery will get a good opportunity to extend their lead in the eastern conference when they travel to face the struggling Saint Louis FC. Even without Romario Williams, who is with Jamaica for the CONCACAF Gold Cup, the Battery have plenty of fire power to keep them rolling in league play this year. Saint Louis will need to figure out their defensive issues in a hurry against the East’s best offense if they are to have a chance of grabbing any points.

Despite a decent run of results since a certain Ivorian striker arrived, Phoenix Rising is still underperforming their talented roster. They are undefeated in their last five matches, but they have four draws in that same span. Whether or not Phoenix keep a clean sheet will be the big question heading into their match against the Colorado Springs Switchbacks. The Switchbacks are no offensive juggernaut, but they have been a pest to teams this year, finding late goals to get results where they can.

The Portland Timbers 2 are the worst team in the league this season by a mile. A single draw a week ago seemed like a miraculous result for the struggling side. The Swope Park Rangers are on a fantastic run right now, and the Timbers 2 do not look like a team ready to slow them down. The Rangers will look to complete their Cascadia sweep after defeating the Whitecaps 2 in midweek play.

Orange County may sit in the bottom half of the Western Conference table, but they are only a point behind several teams that have played five or more matches than they have. Orange County have played just 11 of their matches thus far this season, while most teams are already on match 15 or beyond. Their recent run of form is not great however, and Seattle Sounders 2 will want to wash the taste of their 4-1 defeat at the hands of the Real Monarchs out of their mouths. Two weeks ago these teams met in a seven-goal thriller that saw Orange County emerge as the victors. Will the Sounders 2 get revenge at home this time around?