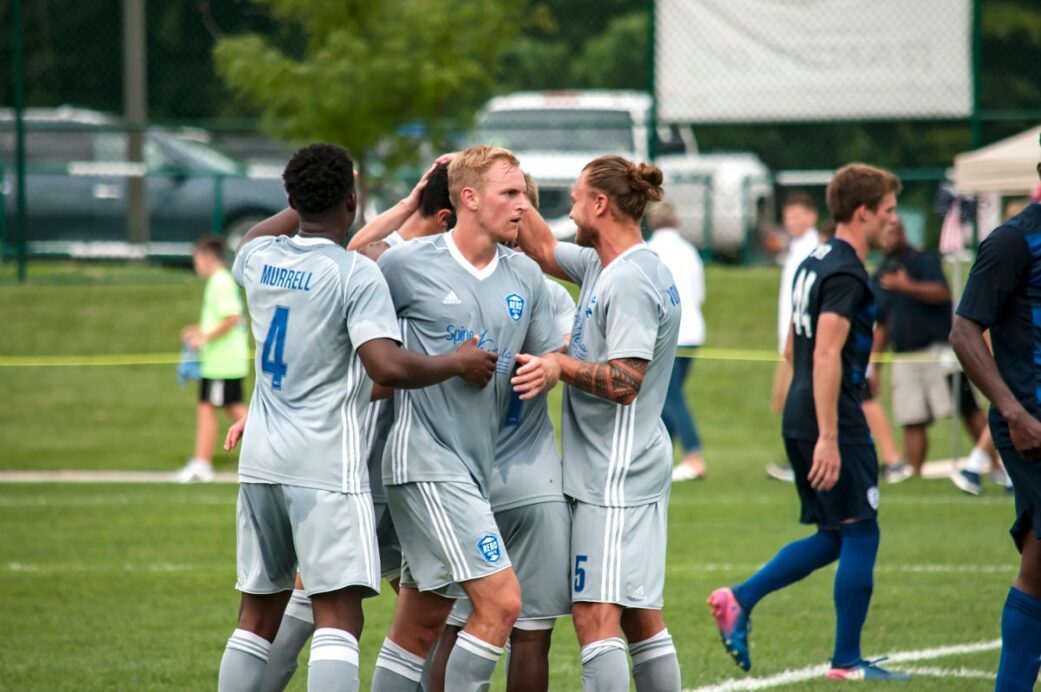 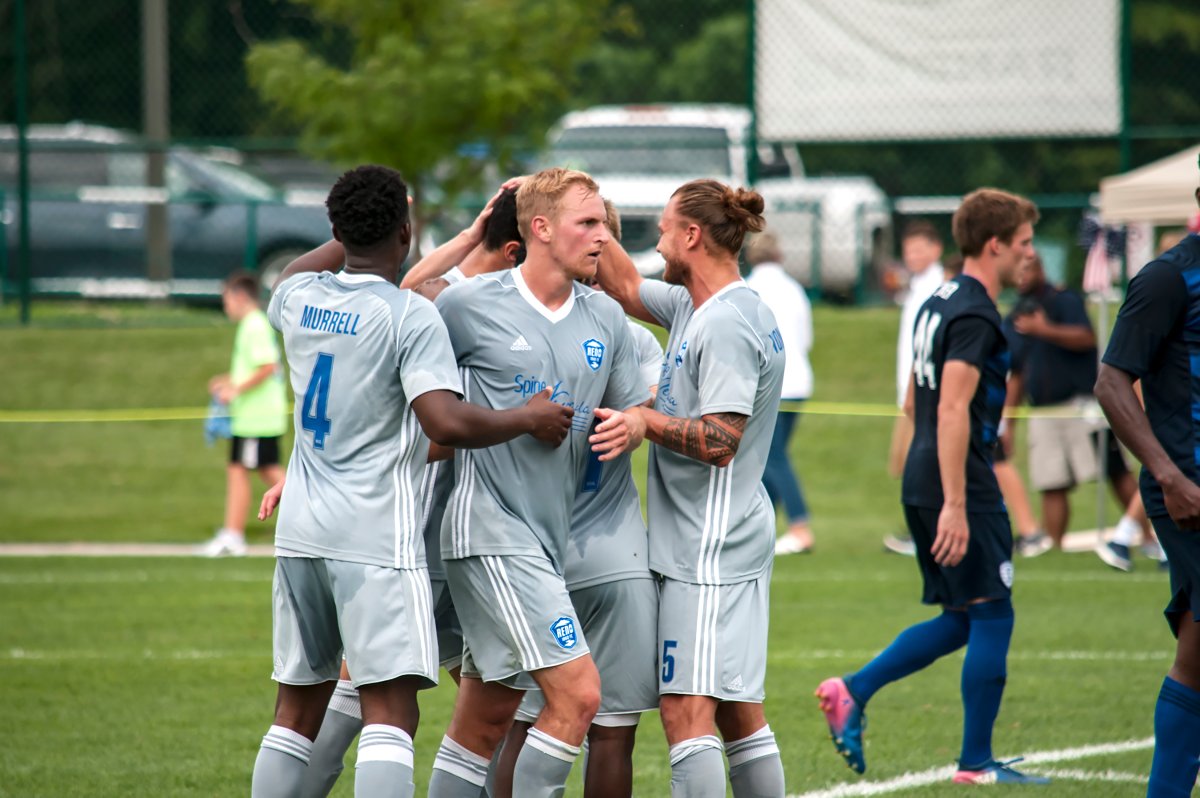 The Charleston Battery once again stumbled and all of the Eastern Conference challengers capitalized on the opportunity.

The Charlotte Independence, Louisville City FC, the Tampa Bay Rowdies, and the Rochester Rhinos all made up ground on the waning Eastern leaders with big wins. The Eastern Conference’s top six teams are now separated by just seven points heading into the final third of the season.

In the Western Conference, the bottom of the playoff seeding shuffled around with teams vying for the final spots. Orange County SC is starting to roll, and could make a strong challenge for a place in the top four.

Let’s take a look at the rest of the weekend action:

The visiting Independence were too much for Bethlehem Steel, who deopped a second consecutive match Saturday by a score of 4-0.

The Independence wasted no time, opening the scoring in the seventh minute by way of a 25-yard low strike from Lewis Hilton. Hilton also scored minutes into the second half, beating the offside trap and finishing from close range in the 47th minute. Jorge Herrera once again found his name on the score sheet twelve minutes later finishing a low cross from Joel Johnson in the 19th minute. Cody Mizell came up big twice in the first half, denying efforts from Anthony Fontana and Ken Tribbett, keeping the score at 2-0. Alex Martinez added the final goal for the Independence in the 80th minute.

The Independence move to within a point of the Charleston Battery at the top of the table with two games in hand.

While the Battery were on short rest, playing three games in seven days, the momentum they had built up in the early season seems to have gone. Orlando City had the better of the early play, and nearly took the lead through Hadji Barry. Odisnel Cooper came off his line and denied Barry in the 29th minute. The Battery struggled throughout the first half with Orlando City’s offside trap, and they were unable to find a rhythm as a result.

Orlando City B is now on a five-game unbeaten run, while the Battery are winless in their last five.

The Rhinos got a big three points with their win over a 10-man FC Cincinnati side Saturday before a crowd of 23,548 with penalty kicks a plenty.

The Rhinos held off FC Cincinnati’s late push and leaped over the home team in the standings on the back of two Wal Fall penalty kicks. The Rhinos got off to a great start, scoring in the 12th minute when Jochen Graf latched onto a deflected header in the box and finished low and off the left post. Jimmy McLaughlin pulled one back for the home side in the 29th minute, taking down a long ball from Kenny Walker and finishing past the onrushing Tomas Gomez. The half would end on a down note for Cincinnati as they were reduced to 10 men after Djiby Fall picked up a second yellow card in the 42nd minute. The Rhinos earned two second half penalty kicks in the after a foul to Wal Fall and a handball in the box. Fall fooled Mitch Hildebrandt on both kicks sending one to his left in the 78th minute, and one to his right in the 82nd minute. Danni Konig pulled one back from the spot in the 86th minute, but it proved a futile effort for the short-handed side.

The Rising seem ironically named given their recent run of results, dropping their second straight match to SAFC, 1-0.

While the game was tightly contested and seemed destined for a draw, SAFC earned a late penalty to snatch the points from the home team. Rising Golakeeper Josh Cohen brought down Cesar Elizondo in the area with eight minutes left in the match. Rafa Castillo converted the winner from the spot. Didier Drogba and Shaun Wright-Phillips remained active on the night, calling Diego Restrepo into service on a number of occasions, but failed to beat the keeper.

For SAFC, it is their first win in their last five games.

The Timbers finally put an end to their dubious streak with a victory over RGV this weekend in spectacular fashion.

Credit on the night must be given to Timbers goalkeeper Kendall McIntosch for his game saving heroics on the night. The Timbers controlled much of the early play, and opened the scoring thanks to strong counter pressure in the 26th minute. Omar Mohammed stole the ball in the penalty area, and finished low to give the Timbers the lead. RGV equalized five minutes later when Joe Holland headed home a Kai Greene cross. In the 51st minute, RGV earned a penalty when Jose Escalante was fouled in the penalty area. Escalante’s soft penalty was too close to McIntosch, and the keeper easily saved. Vilyan Bijev got the winner for the Timbers in the 81st minute, hammering home a volley from the top of the box. RGV had a chance to level the score in the 86th minute from the penalty spot when Kyle Murphy was pulled down in the box. McIntosch also saved Todd Wharton’s resulting penalty kick, this time on a diving effort.

The Timbers remain bottom of the table with the victory.

The Fury edged out TFC with ease to claim Ontario for the USL newcomers by a score of 2-0. A

zake Luboyera struck first for the home side in the 24th minute on his debute for the Fury. Azake got his head to a corner and put his header past Mark Pais. Sito Seoane added an insurance goal with style in the 75th minute. Seoane received the ball 40-yards from goal, turned and fired a rocket that dipped under the bar.

The Fury move back into the playoff conversation with the win, even on points with the New York Red Bulls II.

The Kickers’ recent results could not stand up to STLFC, and the home side fell, 1-0.

The Kickers’ defensive efforts were once again on display, keeping the game scoreless through the first half, but STLFC found the winner moments into the second half. Emmanuel Appiah volleyed Octavio Guzman’s corner kick into the net in the 46th minute. The Kickers had a few chances to equalize in the second half, but failed to break through.

For STLFC, it was their second win in their last eight matches.

Louisville City continues to push for the top of the table, edging Red Bulls II at home for their second straight victory. A crowd of 10,017 was on hand to watch the home side power their way to victory. Set piece defending was the Red Bulls undoing on the night after controlling large portions of the game in the middle of the field. Paco Craig scored a header on a free kick opportunity in the 39th minute, and Luke Spance beat Evan Louro to a corner kick at the near post in the 70th minute for Louisville. The Red Bulls had leveled the score in the 58th minute on a goal from Stefano Bonomo. Bonomo was starting for the first time since returning from a lengthy injury spell.

Red Bulls II remain above the red line with loss, while Louisville City is two points back from leaders Charleston Battery with three games in hand.

The Rowdies seem to have recovered from the midseason slump, winning for a third time in four games against the Riverhounds.

Alex Morell’s double powered the Rowdies to victory with goals on each side of halftime for his first two league goals for the Rowdies. Morell opened the scoring in the 11th minute, turning a deflected shot into the back of the net. Morell’s second goal of the night came on a lovely volley back across goal from the right side of the area on a cross from Marcel Schafer.

The Rowdies find themselves three points back from leaders Charleston Battery with the victory.

Sounders 2 lost their fifth straight match and now sit below the red line after failing to get the job done in Colorado Springs against the Switchbacks.

Shane Malcolm’s 21st minute goal from the center of the box was just rewards for Matt Kacher’s work down the left side to create the chance. Twelve minutes later, the Switchbacks doubled their lead on an own goal. The Sounders came out at halftime with renewed fire, but it was all they could do to draw a goal back in the 51st minute. Zach Mathers curled in a free kick from the left side of the box.

The victory pushed the Switchbacks up to sixth place, knocking the Sounders into ninth place.

OCSC is on a roll now. They are now unbeaten in their last seven matches thanks to Saturday’s 1-0 victory over the Whitecaps.

It only took a 10th Victor Pineda goal to get the job done for the home side. Pineda fired home a rebound on a shot from Saloman Wbias on a corner kick. OCSC goalkeeper Charlie Lyon did the rest of the work for the home side, making big saves in both halves to keep OCSC ahead.

The victory sees OCSC up to eighth place while still holding games in hand over every team above them in the table.

The Rangers suffered their first defeat in ten games in spectacular fashion, falling to Reno by a score of 4-1.

Former Philadelphia Union forward Antoine Hoppenot led the line for the visitors, scoring a goal and an assist in the route. Hoppenot scored within the first minute to set the tone of the match. Reno scored again just before the half through Luis Felipe to take a 2-0 lead into the break. The Rangers seemed to be posed to climb back into the match with a 60th minute on a goal from Felipe Hernandez free kick. The kick curled into the back post bypassing everyone in the penalty area and sneaking past Matt Bresano. Reno struck twice more to put the match away. First, in the 76th minute, Dane Kelly took advantage of a failed tackle that saw the ball roll through to him at the back post, which he fired into an open net. Then, in the 90th minute, Seth Casiple chipped Adrian Zendejas to close out the scoring.

Los Dos and OKC split the points Sunday on goals from Ariel Lassiter and Andy Craven.

Lassiter scored just before the half, taking down a long ball on the run, and rfnishing low to the near post from outside the 18-yard box. Craven equalized for the visitors from the spot in the 75th minute. OKC will be disappointed with the single point on the night when they created a number of opportunities, but failed to capitalize.

It is that wastefulness that has thus far defined their season, though they still sit just two points back from a playoff spot.