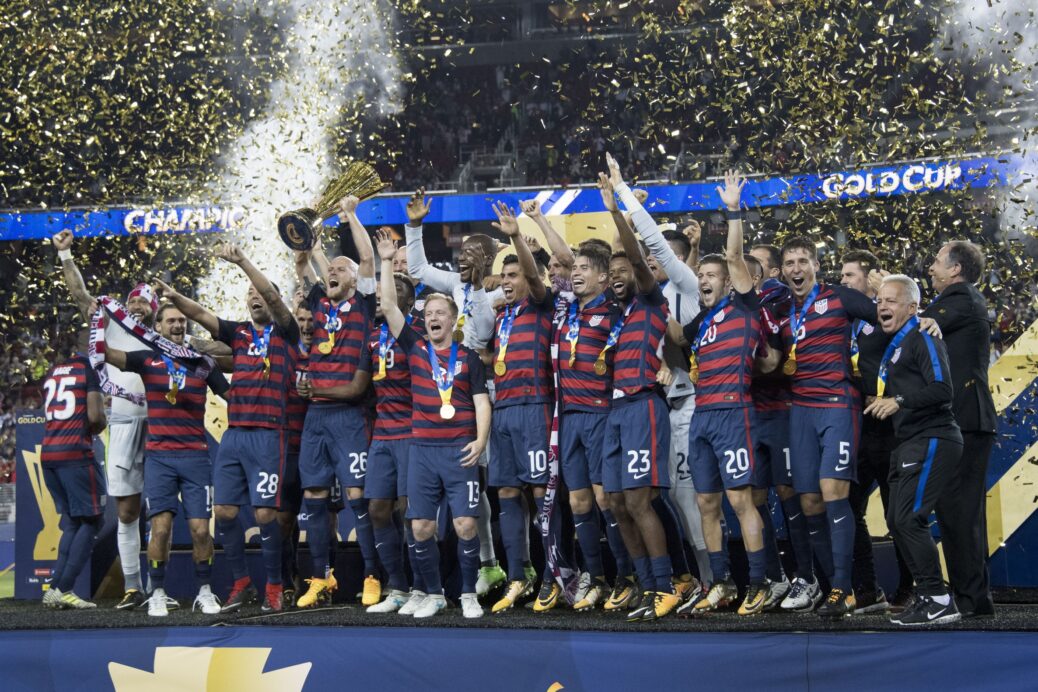 When the Gold Cup began, the focus was on learning. Bruce Arena wanted to learn what the U.S. Men’s National Team was made of, from the youngest of newcomers to the team’s World Cup veterans. He needed to learn who he could count on in the coming year with the World Cup looming.

The tournament provided plenty of lessons and plenty of takeaways, and Wednesday’s finale was no different.

It took an 88th minute winner for the USMNT to overcome Jamaica, winning the program’s sixth Gold Cup crown via a 2-1 victory over a familiar foe. It wasn’t a straight-forward ride but, then again, the Gold Cup has been far from a straight-forward tournament.

With that said, here’s a look at the takeaways from Wednesday’s finale:

Jordan Morris has shown a knack for winning since he burst onto the scene as a Stanford star. He won a College Cup, he won an MLS Cup and now, he’s won a Gold Cup. At just 22 years old, Morris already has a heck of a resume.

His goal on Wednesday was far from a moment of pure brilliance. It was a goal worthy of a title-winner. It bounced around in the box and fell to his feet as instinct took over. He simply smashed it and, as it hit the back of the net, the USMNT was all but guaranteed a Gold Cup trophy.

Morris, by all accounts, had a heck of a game. He created several chances. He made dangerous runs and generally challenged a resolute Jamaica defense. He had a momentary lapse on the Jamaica goal, obviously, and it was admittedly pretty bad, but he didn’t let it define his game.

Heading into the Gold Cup, Morris’ spot was very much in question with someone like Dom Dwyer on the rise. That’s all well and good, and Dwyer certainly boosted his stock but, right now, a World Cup spot is Morris’ to lose.

If you’re still one of the people that continues to criticize Jozy Altidore, it’s time to rethink. For years, Altidore has been a target of criticism regarding what he isn’t good at, but it’s high time to admit that he’s pretty damn good at doing what it takes to be the USMNT’s No. 9.

After scoring the eventual game-winner in the semifinals, Altidore followed it up with a ridiculous free kick goal to close the first half of Wednesday’s final. The veteran forward pulled rank to keep Kellyn Acosta away, and he responded by smashing home a missile of a free kick to get the scoring started.

His game was about so much more than that, though. He held the ball well, dropping deep into the midfield to help open up gaps for the rest of the USMNT. He was the hub of the USMNT attack one, which, despite the scoreline, attacked in waves throughout the match. He did the dirty work and provided the beautiful goal. What else could you ask for?

With the match wearing on and the USMNT tied with Jamaica, it was easy to see where the goal was coming from. As time dwindled, you could see the USMNT’s veterans stepping up.

Michael Bradley, who may or may not have deserved the Golden Ball when all was said and done, continued to drive the USMNT midfield. Clint Dempsey was fresh from another substitute appearance as he buzzed in and around the Jamaica box. Omar Gonzalez and Matt Besler drove the defense forward. Altidore helped spur on the attack by dropping deep and helping connect attack and midfield.

When needed, the USMNT’s World Cup veterans stepped up and led the way. The mentality never changed after Jamaica’s goal and heads never dropped. Rather, the U.S. pushed harder with a squad of familiar faces leading the way.

Yes, it required an 88th minute winner and, yes, the scoreboard shows that Wednesday’s match was a tight one. However, the USMNT’s performance in the Gold Cup finale was nothing short of dominant, even if the result doesn’t indicate that fact.

From the opening whistle, it was easy to see that the U.S. was the better team and would be the better team throughout the 90 minutes. The chances didn’t come right away, no, but, given the wealth of possession, you knew they would. When one team has that much of the ball, it’s simply a matter of time, and it was before Altidore’s free kick goal.

To Jamaica’s credit, the Reggae Boyz fought, and hard. Andre Blake’s injury could have and probably should have completely derailed Jamaica’s efforts, but replacement Dwayne Miller put in an incredible performance of his own. The corner kick goal was Jamaica’s first shot, and credit to them for taking their chance but, from that point forward, it was hard to see the team’s vicious counter attack getting much of anything going.

When all was said and done, the U.S. had a whopping 74 percent possession and generated eight shots on target. A stingy Jamaica team kept it close, but there’s little room to deny the fact that the U.S. was once again a force on Wednesday night.

Bruce Arena had some decisions to make ahead of Wednesday’s final. After playing what was essentially his first team lineup in the semifinal, the USMNT’s Gold Cup final lineup remained a question mark. Would he make changes for fresh legs? Would Clint Dempsey return to the lineup after a star performance?

In the end, he opted to keep the same XI that took down Costa Rica in the final, and it worked.

Arena opted to leave Dempsey on the bench once again, utilizing him as a super sub. When Dempsey did get into the fray, he provided plenty of creativity to the USMNT attack and was just inches away from breaking Landon Donovan’s goalscoring record. His shot off the bar was unfortunate, but his performance against a tired Jamaica team certainly wasn’t.

Gyasi Zardes, for all of his faults, helped create the match’s pivotal moment. Did he waste chances? Yes. Did he hit several crosses that could, at best, be described as hopeful and, at worst, be described as useless? Yes. But Zardes changed the pace of the game down the wing and helped kickstart the sequence that led to Morris’ goal.

Bruce Arena pulled the right strings throughout the Gold Cup, from his initial selections to knockout additions to final lineup. It’s now 14 games unbeaten, and Arena deserved every bit of credit he’s getting.