USWNT comes from behind to win seven-goal thriller against Brazil 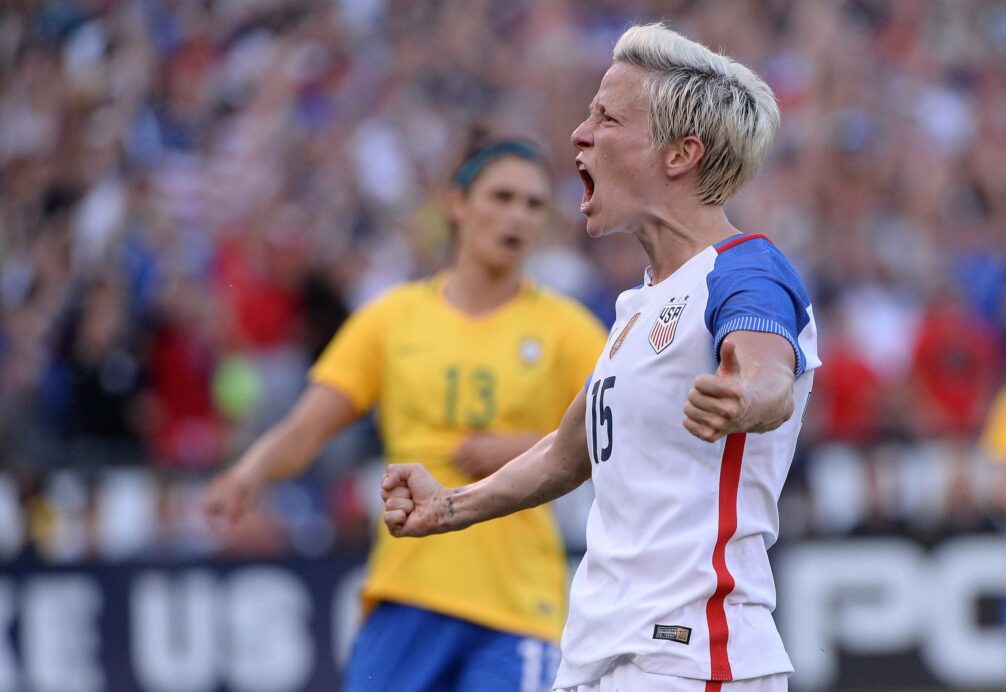 The U.S. Women’s National Team looked down and out after 80 minutes. By the 90th minute, the reigning world champions collected their first victory of the Tournament of Nations against Brazil in a seven-goal thriller at Qualcomm Stadium on Sunday.

The game winner came courtesy of Julie Ertz, a substitute on the night, in the 89th minute. Carli Lloyd’s ball found the defensive midfielder in the box, and Ertz scored what was her first international goal not from a set piece with a slick finish to seal a 4-3 win for the USWNT.

While the end favored the U.S., the beginning was the opposite. The first of the seven goals of the night came from Brazil after just two minutes from Andressa, after the USWNT defense left her with space to take a shot on goal. From there, goalkeeper Alyssa Naeher had a big blunder that allowed Andressa to score easily.

The U.S. leveled the score by minute 18, thanks to Samantha Mewis. Megan Rapinoe played a small pass to Mewis, who blasted the ball from outside of the penalty area for her fifth international goal.

The majority of the drama came in the second half, first through Betis’ go ahead goal in the 63rd minute. Andressa then grabbed a second in the 78th minute, scoring directly from a freekick yards from the penalty area.

The USWNT looked down and out at that point, having spent much of the match wasting opportunities and struggling to create chemistry because of head coach Jill Ellis’ experimentation. Yet, somehow, it took only nine minutes for them to mount their comeback, with Christen Press pulling one back two minutes after Andressa’s freekick. Rapinoe collected another assist as Press curled the ball past goalkeeper Barbara from close range.

In the 85th minute, Press returned the favor, finding Rapinoe barely in the penalty area. From a sharp angle, Rapinoe got a deserved goal in what was a standout performance for the midfielder. Soon came Ertz’s game winner, and that was that.

The match, while giving the USWNT its first points in the Tournament of Nations, also marked Sydney Leroux’s first match since June 2015, her first cap since welcoming a son last year.

The U.S. finishes the Tournament of Nations against Japan on Tuesday night at the StubHub Center.