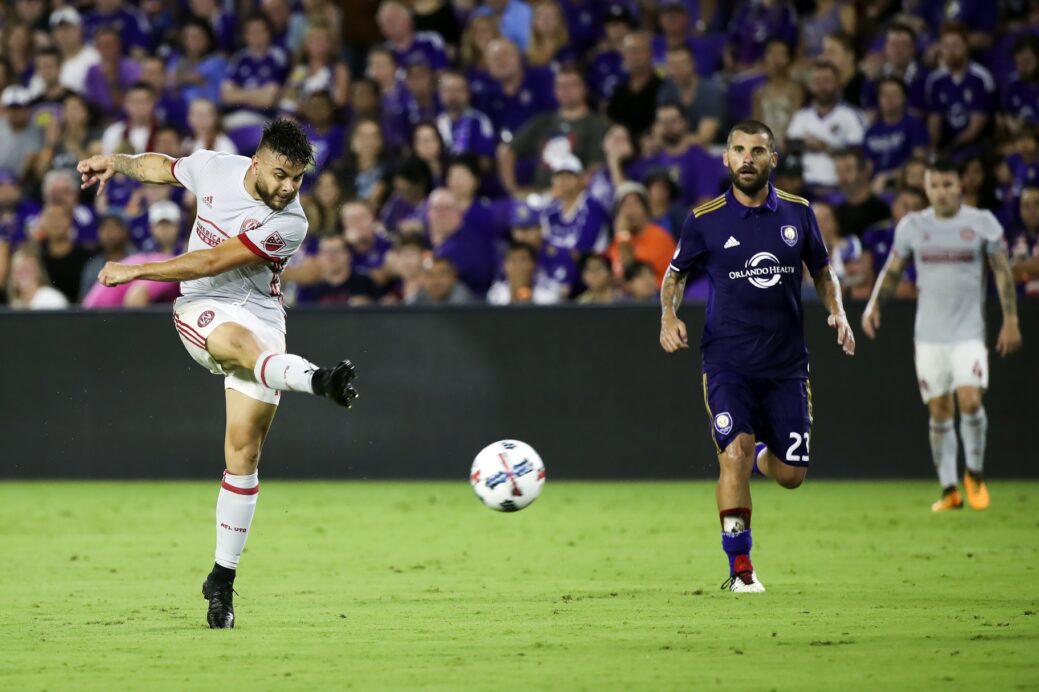 For most of Friday evening’s showdown at Orlando City Stadium, it looked like neither side would leave with three points. Hector Villalba had other ideas, scoring a screamer of a gamewinner for Atlanta United in a 1-0 victory over hosts Orlando City.

Yamil Asad opened the chances for either side, seeing his left-footed strike saved by Joe Bendik after 23 minutes.

Guzan came up big again before halftime, saving Jonathan Spector’s header from close range. Asad was again kept out by Bendik in the 41st-minute before Miguel Almiron tested his luck four minutes later.

Just after the hour mark, Guzan saved Spector’s second header on the evening to keep the score deadlocked at 0-0. Second-half sub Brandon Vazquez had his right-footed effort saved by Bendik after 70 minutes, after coming on three minutes prior.

Villalba’s ninth league goal of the season could not have come at a better time for Tata Martino’s side, as the Argentinian rifled home from long-range after 86 minutes. The effort found the top right corner, snatching a late win for Atlanta United.

Despite some late chances from the hosts, Orlando City slumped to back-to-back defeats and their third out of the last four matches. Guzan made five saves in the clean sheet, while Bendik made five saves as well in the loss.

Atlanta United (10-3-7) extend their league winning run to four straight, which moves them into fourth place in the Eastern Conference. Orlando City (8-5-8) misses a chance to move into the playoff places, suffering their eighth defeat of the season.

These sides conclude a home-and-home with one another on July 29th at Bobby Dodd Stadium.

Hector Villalba earned man of the match honors after his screamer of a goal snatched a late win for Atlanta United. The 22-year-old has nine goals this season for Tata Martino and has now scored three goals in the month of July. With Josef Martinez out of the lineup for Atlanta, this means more chances for the Argentinian.

Villalba’s goal changed the whole complexity of the match entirely, stealing three points for the visitors. It looked up to that point that both sides were happy with a point, despite both creating chances. Despite late chances from the hosts, Atlanta hung on for their fourth straight win.

Although having three shots in total, Giles Barnes failed to be much of an impact Friday evening. The 28-year-old only had one shot on goal, while losing possession eight times. With only one goal this season, Barnes needs to step it up if he wants to keep his starting place in Jason Kreis’ squad.