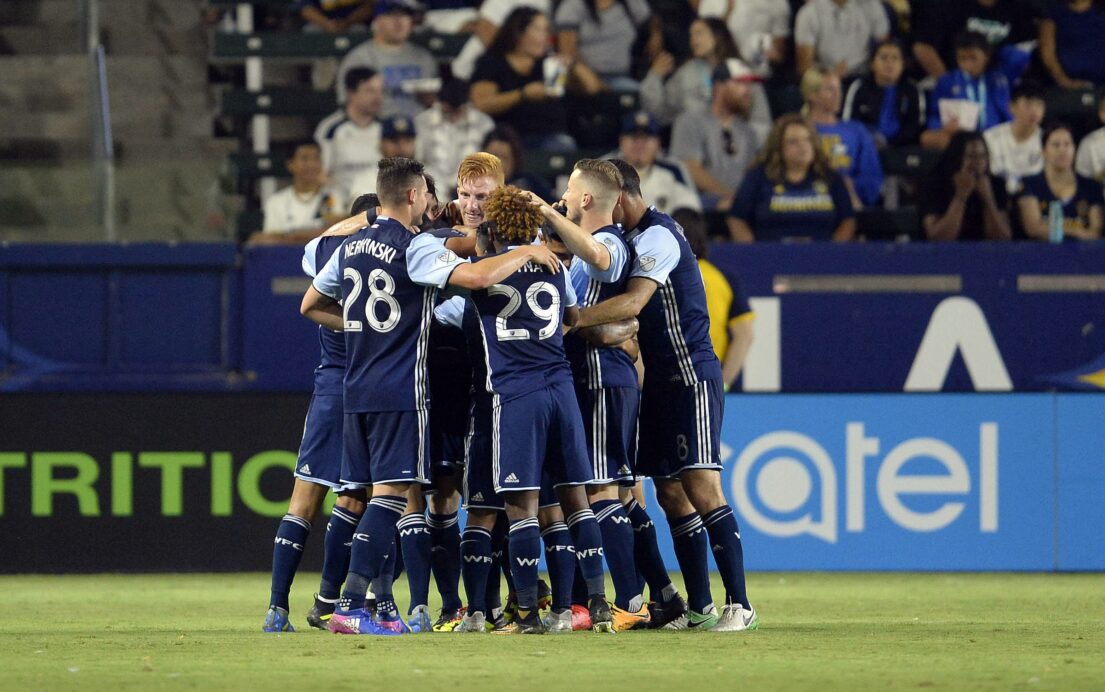 The Vancouver Whitecaps earned a valuable victory Wednesday night, as the LA Galaxy continue to baffle with their strange home-away performance dichotomy.

Despite a combined 29 shots, and ten on target, the Whitecaps scored the lone goal of the evening to capture a crucial road victory, 1-0, over the hapless Galaxy at home. The loss is the Galaxy’s sixth at the StubHub Center this season, a team record, and continues their bizarre struggles in their own stadium.

While neither team was able to break through in the first half, there was no lack of trying from a Galaxy team attempting to break their strange curse. The Whitecaps, however, were content to play compact, defensive soccer and kept the Galaxy off the board and the two teams level entering the midway point.

The breakthrough didn’t take long to come in the second half. In the 64th minute, Christian Bolanos fired in a beautiful free kick to a totally unchallenged Tony Tchani, who finished with accuracy to score the lone goal of the afternoon and earn all three points for the Whitecaps.

The news only got worse for the Galaxy, as their already depleted midfield suffered another blow when Romain Alessandrini was forced off due to cramping in the second half. Though Jermaine Jones did return for the Galaxy after his injury absence, the woes continued to mount when Joao Pedro earned a 90th minute yellow card and a suspension in the team’s next match for accumulation. With the Galaxy already resorting to starting Ashley Cole in the midfield, who will start over the weekend is anyone’s guess.

The Galaxy fall to 1-6-3 at home this year, but return to the road when they travel to take on the New England Revolution this weekend. The Vancouver Whitecaps jump to fourth in the Western Conference with 27 points, and take on the Portland Timbers on Sunday.

Tony Tchani was able to break through in the second half and score the winner for the Vancouver Whitecaps.

In the 64th minute, Bolanos’ free kick was perfectly placed to the unmarked Tchani to open the scoring.

Aside from being unable to contribute to the Galaxy’s attack, Joao Pedro earned himself a suspension with a foolish 90th minute penalty at a time when his team needs him on the field more than ever.