Who Should the USMNT start vs. Costa Rica? 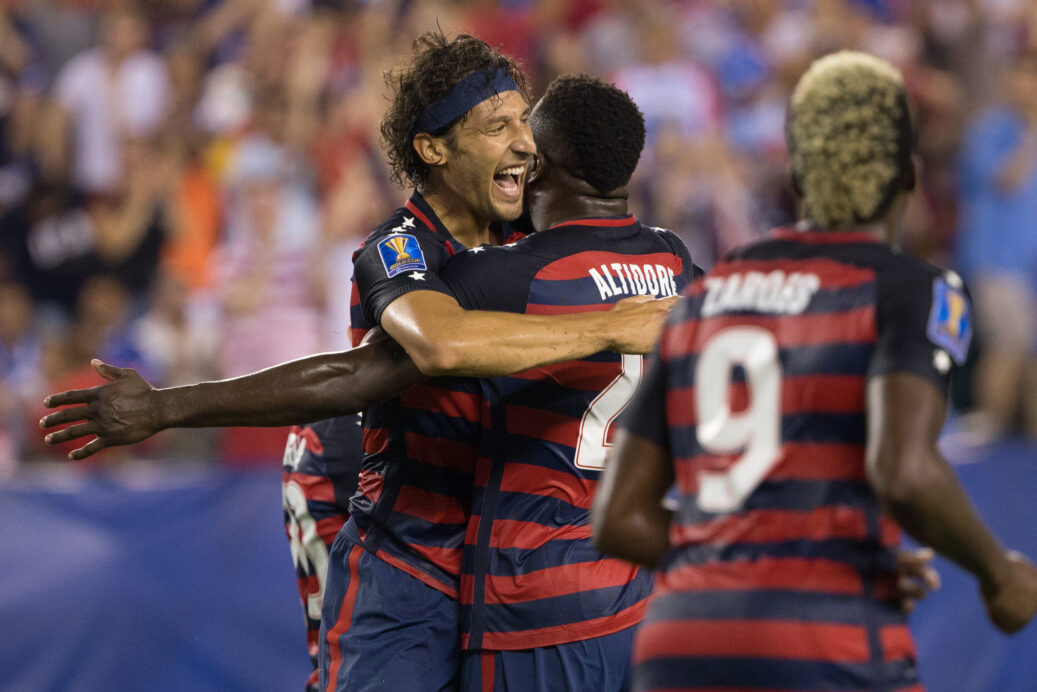 Just days after a Gold Cup quarterfinal that had a tournament’s worth of nonsense, the U.S. Men’s National Team is faced with a major step up in competition with a spot in the tournament final on the line.

After toppling a hungry El Salvador team, 2-0, the USMNT moves on to face Costa Rica on Saturday in the Gold Cup semifinal. Los Ticos are a bit beat up, sure, but Saturday’s match will be a significant test unlike any this USMNT group has faced thus far.

With so many games in so few days, Bruce Arena has some decisions to make. Does he sacrifice some of the team’s better players in favor of fresh legs or does he stick with several veterans who featured against El Salvador?

Here’s a closer look at one possible lineup: 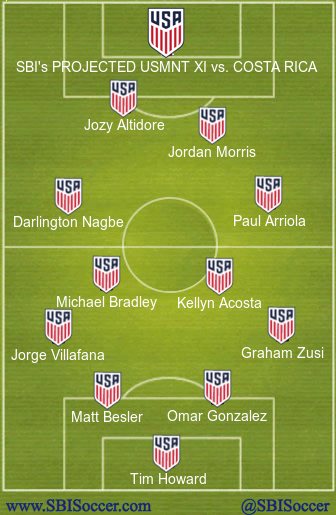 Here are some thoughts on the projected lineup:

Rotation is inevitable. With the potential for four games in 11 days, Bruce Arena will absolutely need to make some moves within the starting XI. He’ll need to pick his spots, though, because taking Costa Rica lightly could certainly end in an early exit.

Knowing that, expect to see some of the team’s bigger stars. Michael Bradley is as fit as anyone in the pool and would be a good bet to start on Saturday. Jozy Altidore is too important at the forward position, making him another likely starter. Omar Gonzalez has been a rock in defense and, if Bruce Arena isn’t comfortable with throwing Matt Miazga into the deep end, pairing him with a familiar face in Matt Besler would make sense.

That said, there will be changes, and you can probably circle the fullback position as the most likely spot. Eric Lichaj got his goal on Wednesday, but it’s hard to look past the myriad of errors committed by the Nottingham Forest fullback. The same can be said for Justin Morrow, who had good moments but also a whiffed header that could have, and maybe should have, ended up in the back of the net.

Graham Zusi and Jorge Villafana remain the team’s first choice fullbacks, and both will be on full rest heading into the match. The two have had theirs ups and downs in recent weeks, no doubt, but, given what we saw on Wednesday, it couldn’t be much worse on the defensive end at least.

The midfield could also feature some shifting in the form of Kellyn Acosta, who made a late substitute appearance against El Salvador and should be more than fresh. Dax McCarty is also an option if the USMNT is looking to play things a bit safer, but Acosta makes the most sense.

Wing positions remain up for grabs. All fitness ideas being equal, Arena faces tough decisions. Paul Arriola looked good against El Salvador, and his skillset might be best against the Costa Rican’s five-at-the-back system. He’s gotten better defensively and remains a pacey and technical option out wide. On the other side, Arena could go with Gyasi Zardes or Darlington Nagbe if the latter isn’t used centrally.

Forward, meanwhile, may be the most interesting. Clint Dempsey is build for big games like this, but given his age, would it be wiser to give him some rest following a difficult quarterfinal and ahead of a potential final? If so, there are options in Juan Agudelo and Jordan Morris. The former brings technique and play-making ability. The latter brings speed and good form following a two-goal performance against Martinique.

Overall, expect plenty of changes, but Arena can’t afford to change too much. Chemistry will be key against a tough Costa Rica team and managing the current roster will go a long way towards the USMNT’s potential run to a final.