After battling through tough summer, Timbers hoping to fly under the radar toward playoffs 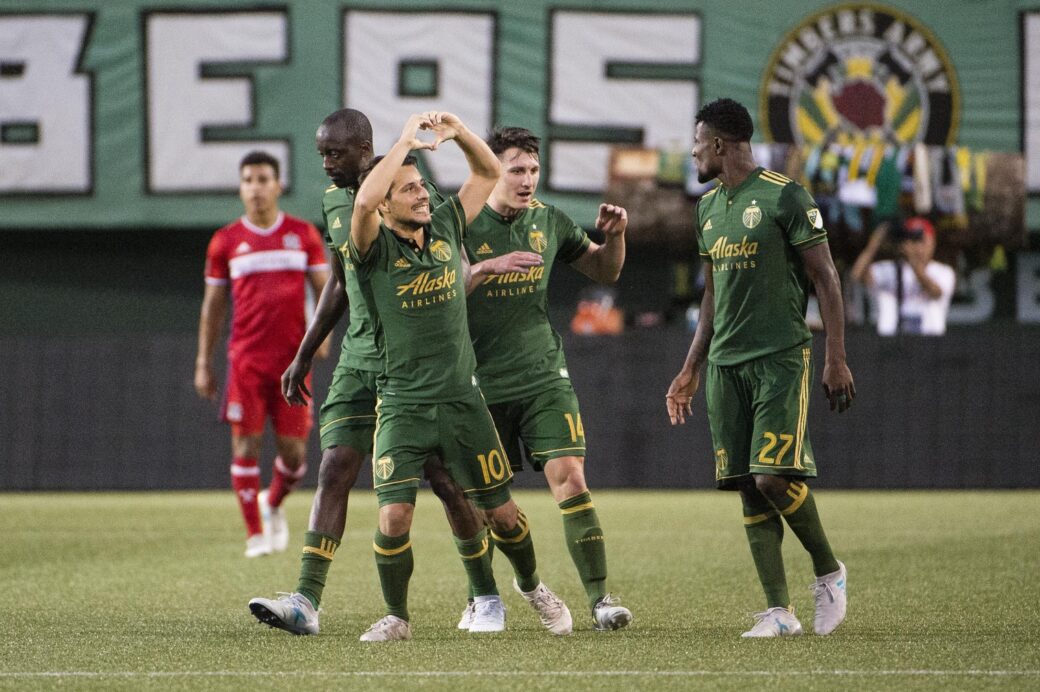 With just 10 games remaining, the Portland Timbers have reached a turning point. That fact isn’t really a surprise. At this time of year, virtually every team with playoff aspirations is now staring themselves in the mirror, trying to figure out their own path to the postseason.

The Timbers currently sit just three points out of first, just one win away from catching Western Conference leaders Sporting KC. On the other side of the coin, they also sit just three points out of seventh and a second straight letdown after falling two points short of a playoff berth in 2016. With just about two months remaining, the margins are especially small, even by MLS standards.

But head coach Caleb Porter is more than comfortable with where his team is and how they are playing, despite the fine margins that suddenly separate the top of the pack with the red line. Throughout his five seasons in charge of the Timbers, Porter has learned that you need you to grind and grind until you find yourself in the hunt and, to date, the Timbers have done just that.

“Every year you see some teams that are out of the race,” Porter told SBI. “There are a handful of those teams where, as much as they try to stay positive, you start to do that match and it’s difficult. There are a few that are definitely in. What I always hope to be is in position to peak at that right time. This year, we are. Last year, we were chasing it all season. At the end, we fell short because we were chasing it. We didn’t have enough depth. This year, we do.”

That depth, Porter says, is the only thing that kept the Timbers afloat during what rapidly became a chaotic summer. Darlington Nagbe, David Guzman and Darren Mattocks missed most of the summer period while representing their respective national teams at the Gold Cup. The Timbers were prepared for that. What they maybe weren’t fully prepared for was the string of injuries that soon followed.

Liam Ridgewell, the team’s defensive leader, has struggled with injury issues all year. Diego Chara, a midfield lynchpin, missed a month with a hamstring issue. Starting forward Fanendo Adi missed a match due to suspension as did Roy Miller. Amobi Okugo suffered an MCL sprain. Even in preseason, the loss of new signing Gbenga Arokoyo deprived the Timbers of a centerback before he even took the field.

The whole season has required shuffling. The Timbers have used 12 different backlines and eight different centerback pairings through 24 games. There have been several games where the team hasn’t even had a full bench. After starting the season with two losses in eight matches, the Timbers won just two games during a 13-game stretch from late April to mid July.

“I approach it much differently now. I don’t dwell on any injuries. I don’t lose sleep over it,” Porter said. “It takes me 10 seconds to move on and start thinking about how I’m going to manage it. You have to do that. Every coach in the league, at some point in the season, can make an excuse about injuries. That’s what happens in this league because of all of the travel and heat and compacted windows. It’s why you haven’t heard a lot about our injuries this year. I haven’t talked about it; I’ve just moved on from it. I try and figure out ways to win games with guys out.”

The reinforcements are coming in. The signing of Larrys Mabiala has lifted the defense as the central defender has now made four appearances since joining the club as a mid-summer signing. Porter simply describes Mabiala as “a man”, one who pairs well with Ridgewell in the heart of the defense.

Defensive issues remain the Timbers’ bigger concern, though, even if Porter feels confident in what he has. The team has allowed 39 goals through 24 games, good for fourth worst in the West and worst among playoff teams. Porter says it’s easier to destroy than create, though, and he’d rather have a team scoring down the stretch than one like last year’s group that struggled in the final third. If you score enough, you’ll find points, he said, and scoring has been far from an issue.

Diego Valeri has stepped up, leading much like he has all through his Timbers career. Adi, who is currently dealing with a slight injury, has continued to hold the ball and bring his teammates in. Sebastian Blanco has contributed five goals and six assists, a respectable haul.

The key might just be Nagbe, though, and following a strong Gold Cup, the midfielder is playing at another level, his coach says.

“He has a little bit more swagger, and for good reason,” Porter said. “He did the business, I think, at the Gold Cup. Everybody seems to have an opinion on Darlington. Nine out of 10 of the opinions I hear are wrong. The nice thing is the opinion of the national team coach right now is the right one. He sees it and I see it, so the two most important guys to have the right opinion have it. He’s a special player.

“You have to understand what he brings to the game and what he brings to the team and what his strengths are and you have to understand how to manage this guy. If you do, you’ll get a guy that’s going to perform and be one of the best players in this country and one of the best in the league. Don’t expect him to be something he’s not. That’s the key. Bruce (Arena) gets it, he sees it. I think other people have a hard time figuring out how to use him and what he brings. I have an easy time figuring it out. He’s just very freaking good. Use him wherever you need to use him. He’ll be good.”

Porter looks at the last seven games and sees progress. Sure, there are four draws, but they’ve lost just once: a dud of a performance against Real Salt Lake. The Timbers have generally played well heading into that home stretch.

Just 10 games remain. Five are at home and five come against Eastern Conference foes. The five at home, Porter says, are vital as establishing a home rhythm is important. The five against the East? Those are fun, Porter says. Against conference foes, there’s a feat of risk in matches seen as “six-pointers”. Against the East, though, the Timbers can go for it. They can drop a point or two while going for three because the team they’re giving results to won’t come back to catch them in the end.

When all is said and done, the next 10 games will determine the Timbers’ season and, now with the team as close to healthy as a team can be at this time of season, Porter is eager for the challenge.

“I feel like we’re in good form more than people realize, which is great because I like flying under the radar,” Porter said. “That’s good. We’re getting healthy and playing good football. Internally, I feel like we’re about to hit our stride here.”