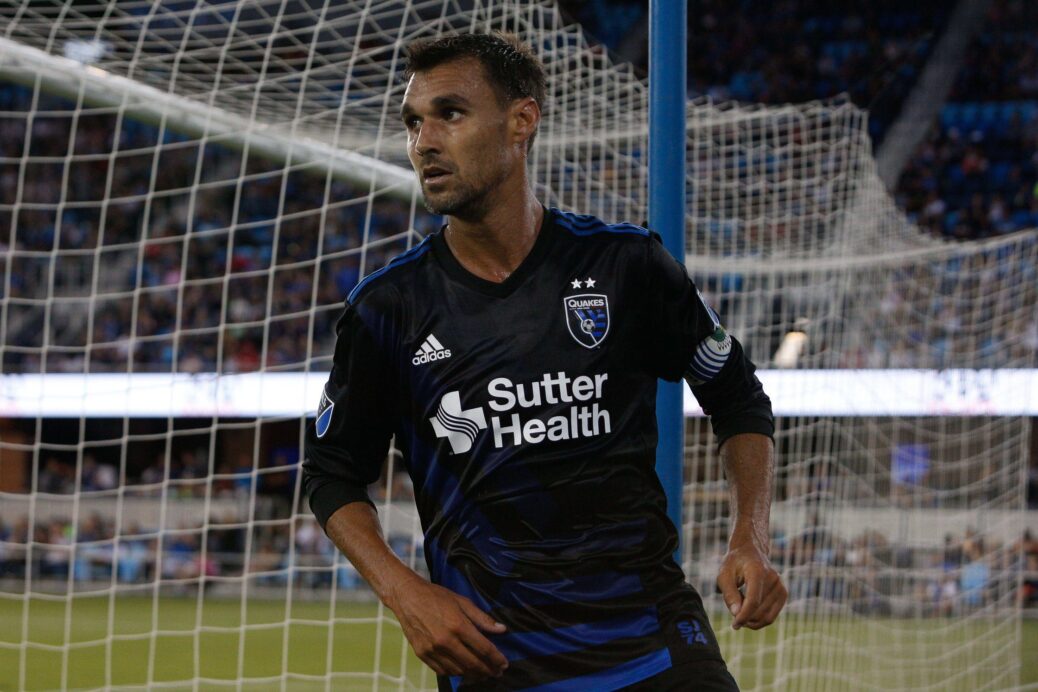 SAN JOSE, Calif. – Before the David Villas and the Sebastian Giovincos, MLS was spoiled by the consistency of Chris Wondolowski. They say that with times comes change, but the script the San Jose Earthquakes’ captain has been written and rewritten for quite some time.

On Saturday night, against the Philadelphia Union, Wondolowski became the league’s first player to score more than 10 goals in eight consecutive seasons.

Within those seven years the league: dumped the generic boot from their logo, faced immeasurable turnover and witnessed the compelling impact of the David Beckham-effect to say the least. You name it and it probably happened. Meanwhile, Wondolowski was making the back of the net his best friend, a relationship that the Quakes’ coach and Wondolowski’s former teammate Chris Leitch understands and knows it is no where near its end.

“I don’t know if you can describe it,” Leitch said. “I think it’s a testament to a player that has got it done consistency at the highest level for eight seasons. I think that’s a heck of a feat and testament to what kind of quality player he is; not just in one given season but season after season.”

“I think it’s tough to do it in one season, even more impressive to stack eight on top of another,” Leitch added. “I don’t think he’s done yet. That’s for sure.”

For the man of the past decade in San Jose, it is his teammates’ workload that make his individual glory possible. On Saturday, it took some magic at death from a familiar face to place the en vogue No. 8 in a robust position from which he nearly never forgives: the penalty spot.

“I take a lot of honor in it,” Wondolowski said on his record-setting night. “It’s a huge accomplishment; a lot of credit goes to my teammates.”

“Again tonight, (it was) Shea [Salinas] with a great run in the 90th minute,” Wondolowski added. “(It’s tough) playing wingback where you cover so much ground, but still has the legs to make a great run where he almost skids two, three guys and draws the pen. A lot of credit to those guys (Salinas) and just the work they put in, it’s a pleasure to be a part of.”

Despite continuous success throughout the unceasing morphing of MLS, many still strongly questioned Wondolowski’s effectiveness leading into the season at the age of 34. But the forward has set in stone that year after year, his goals are only trying to play catch-up with his age.

For Victor Bernanrdez, who is on the brink of calling it a career and longtime Quakes, the captain possesses something unique that age can’t pilfer from.

“No, I believe age doesn’t define you,” Bernardez told SBI. “What defines you is your attitude, and he’s always had a winning mentality.”

“In the six years I’ve been here, he’s never given up on a ball in practice,” Bernardez added. “I think it’s worth noting that in practice he scores in overabundance and in games it results with ease. (We) congratulate him and (need to) keep on supporting him, so that with his goals, he can keep supporting us.”

Wondolowski’s history book says you can never rule him out of a double digit year next year, but even he acknowledges the team’s internal goal stretches further than personal accolades.

“That’s a long way away,” Wondolowski said on notching 10 goals or more next season. “I just want to make sure we can get to the playoffs this year and go from there.”

“Win a championship,” Wondolowski humorously added as he walked away from the media gaggle. “Maybe be done.”

How about that for a potential fairytale ending.