D.C. United-RSL postponed due to weather 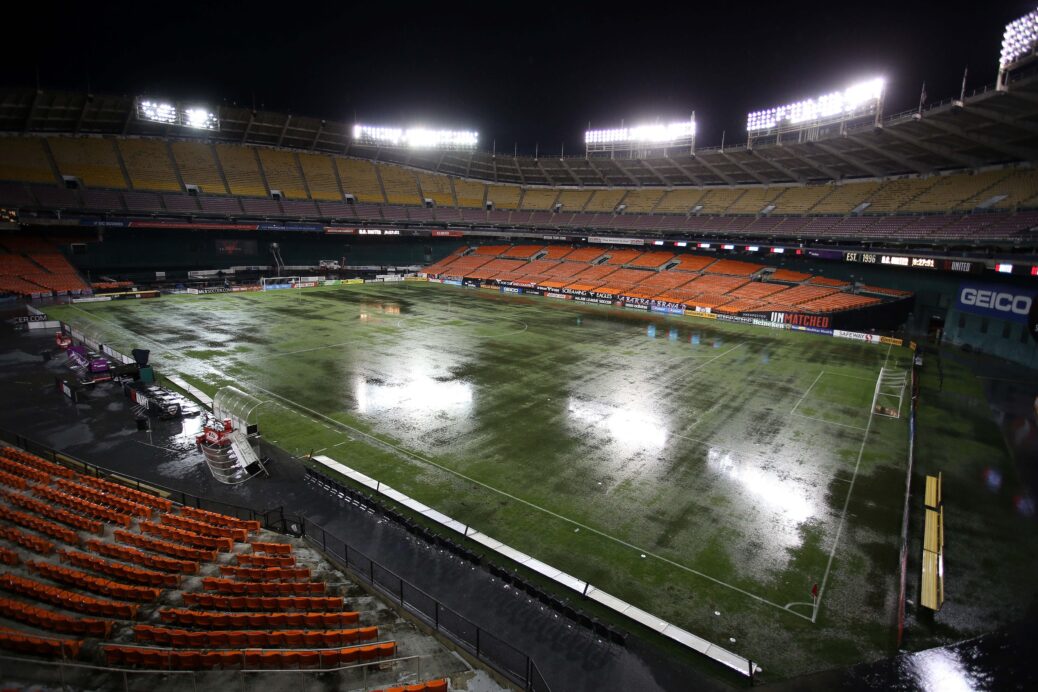 Saturday’s match between D.C. and Real Salt Lake lasted just 28 minutes before being delayed due to a massive rainstorm. The pitch quickly became flooded, forcing the eventual decision to postpone the match. The two teams will face off on Sunday in a rescheduled match.