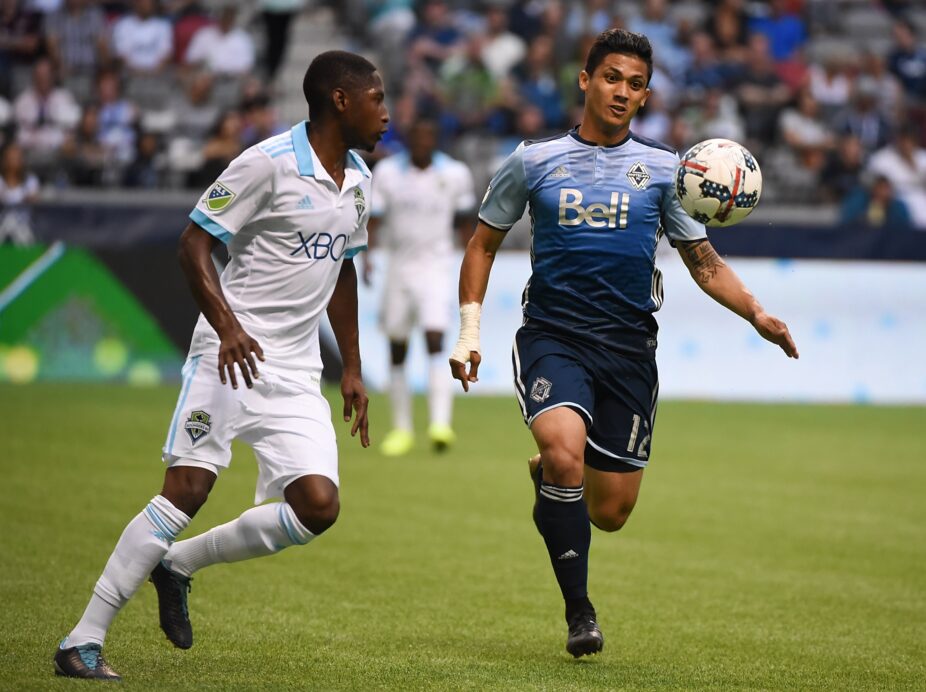 The Seattle Sounders attacked in full force on Wednesday, but David Ousted’s heroics helped the Vancouver Whitecaps earn a hard-fought point against their Cascadia rivals.

Ousted made a whopping seven saves on Wednesday, leading the Whitecaps to a 1-1 draw with the Sounders at BC Place. The match saw the Whitecaps overcome 30 minutes of 10-man soccer following Tony Tchani’s dismissal as well as a flurry of shots from a confident Sounders front line.

It took the Sounders 19 minutes to open the scoring as Ousted was beaten by a Nicolas Lodeiro penalty kick. Victor Rodriguez was brought down in the box as Whitecaps defender Sheanon Williams was called for the foul. Lodeiro buried the spot kick for his fourth goal of the season.

Fredy Montero brought the Caps level 64 minutes in as he fired home an assist from Alphonso Davies. The Canadian phenom wiggled his way past Chad Marshall, who fell on the edge of the box to give Davies space to run. He slid a pass towards Montero near the penalty spot, and the Whitecaps forward buried a first-time effort to lock the match at one apiece.

From there, Ousted was the hero, stopping seven shots. The Sounders fired a total of 28 on the day compared to the Whitecaps eight, but couldn’t get anything besides the first half penalty kick by Ousted. Shortly after Tchani’s dismissal, Jordan Morris came closest as his shot from close range banged off the crossbar and out.

The Sounders remain unbeaten in 10 straight heading into this weekend’s clash with the Portland Timbers while the Whitecaps look ahead to a key match in Orlando as the Western Conference race tightens.

David Ousted stood tall as the Whitecaps conceded chance after chance, keeping his team in the match and stealing a point the Canadian side had little business earning.

Shortly after Tchani’s second yellow card, Jordan Morris had an open shot on goal. The U.S. Men’s National Team forward lifted it high and of the bar, squandering one of the best looks of the day.

Tony Tchani picked up a pair of cards just eight minutes apart, leading to a nervy second half for the Whitecaps.