Earthquakes cruise their way to drubbing of Galaxy 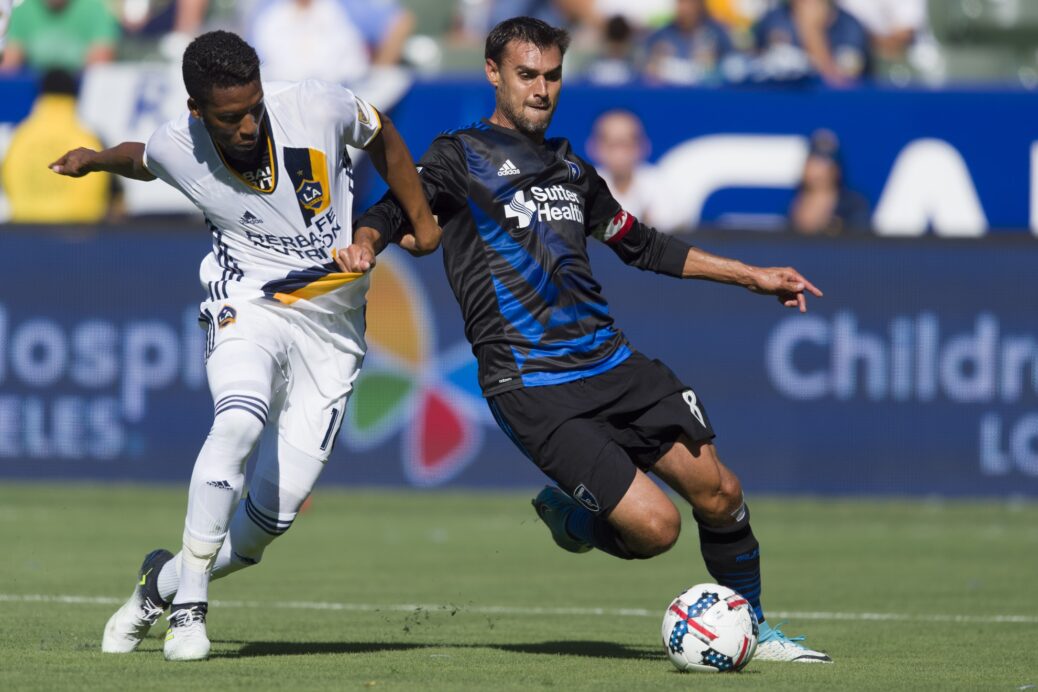 A great performance one night can easily wash away the thoughts from a miserable one, no matter how recent it was. The San Jose Earthquakes washed away the thoughts of a midweek drubbing at Real Salt Lake by defeating the LA Galaxy, 3-0, on Sunday evening.

Chris Leitch’s side used a trio of goals to defeat the struggling Galaxy and continue pushing towards a playoff spot in the MLS Western Conference. Valeri Qazaishvili’s left-footed strike after 15 minutes was the first shot on goal for either side in Sunday’s match.

Marco Urena tested his luck after 24 minutes, forcing Jon Kempin into conceding a corner kick. Ema Boateng’s 38th-minute effort forced Andrew Tarbell into his first save of the evening, before Dave Romney was kept out minutes later.

Jonathan Dos Santos’ long-range effort prior to halftime struck the bar which kept the score at zeros. Qazaishvili broke the deadlock in stoppage time beating Kempin to the bottom right corner with a left-footed effort. It was the Georgia international’s third goal of the season, and his first since August 20th.

Giovani Dos Santos’s effort after 50 minutes forced Tarbell into another save after the halftime break. The Galaxy saw a big blow to their comeback chances before the hour mark as Nathan Smith saw a straight red after a foul on Andres Imperiale.

Urena put the game out of reach in the 80th minute, beating Kempin from close range. A nice through ball assist from Jackson Yueill hit Urena in stride, and the Costa Rican international made no mistake for his fourth goal of the year.

Chris Wondolowski added an insurance goal in second-half stoppage time, chipping Kempin on a rebound from close range. At the final whistle, the Earthquakes left the Stubhub Center with a 3-0 triumph.

The Galaxy (6-14-5) suffered their fourth loss in a row, and are now winless in their last 10 league matches. Sigi Schmid’s side are second from bottom in the Western Conference and next host the Colorado Rapids on Sept. 2.

San Jose (10-11-6) move into sixth place in the West, which is good for the final playoff spot. Their next match is on September 9th, where they conclude a three-match roadtrip at Toronto F.C.

Valeri Kazaishvili earned man of the match honors, scoring what proved to be the winning goal in Sunday’s showdown. The 24-year-old lost possession only four times, which was the second fewest by any Earthquakes starter.

The goal by Urena put the match out of reach for the Galaxy who were chasing for an equalizer. The sending off of Smith hurt, but the Galaxy still held possession and were offering chances offensively. Urena slammed the door shut with a good finish.

Smith, who came on as a 26th-minute substitute only lasted 31 minutes before being sent off. The 22-year-old will now miss some matches due to suspension, which already hurts a Galaxy side needing some kind of spark.