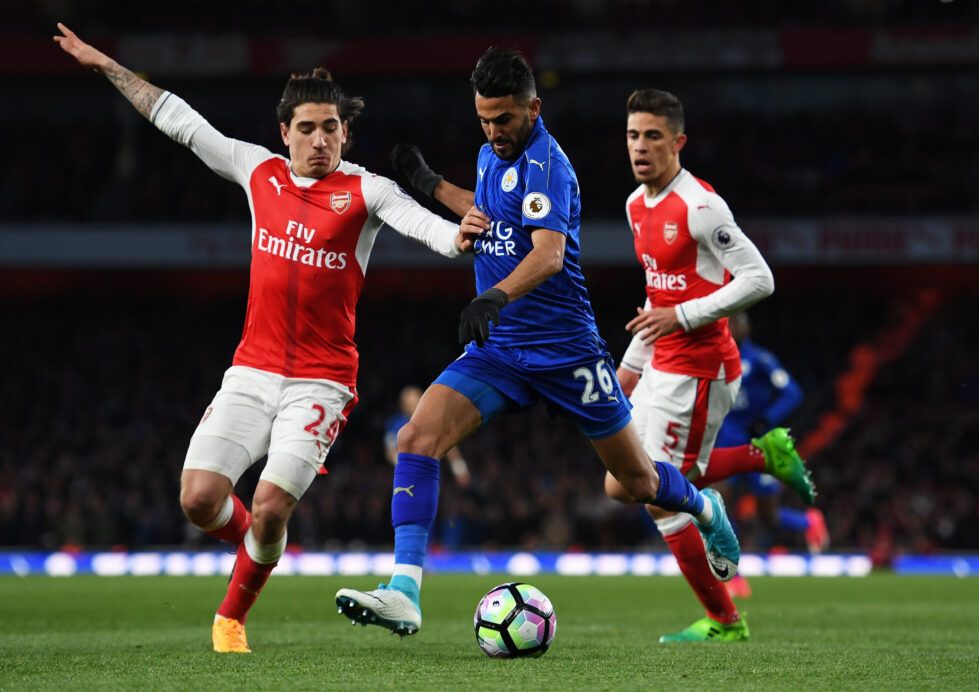 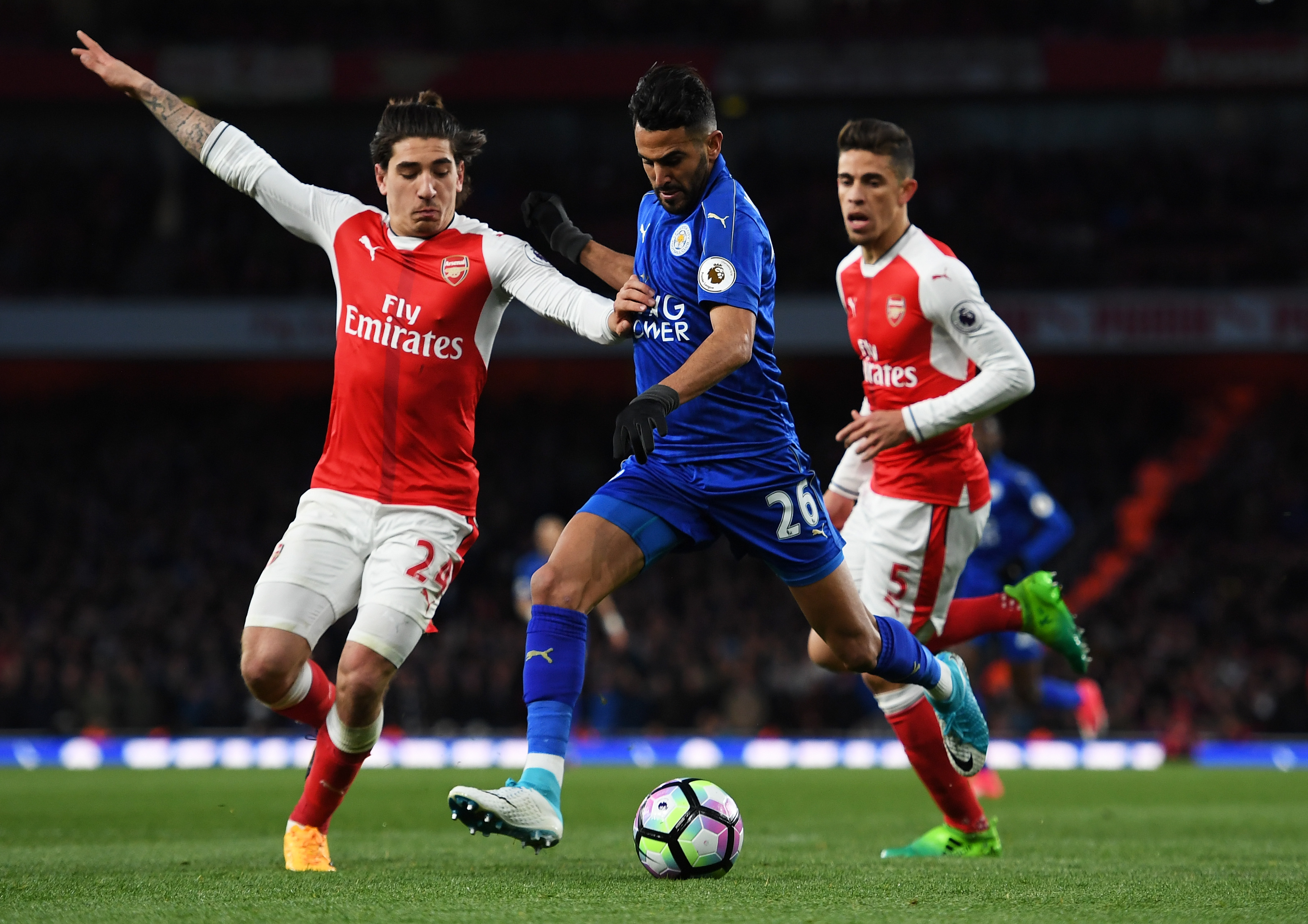 After close to three months of waiting, the English Premier League is back starting on Friday.

Community Shield winners Arsenal kick off the new campaign, hosting Leicester City at the Emirates Stadium. It is the first time in its history that the season opener will take place on a Friday, and both teams are looking to make it a winning one. Arsenal are looking to improve after a fifth-place finish last season, while Leicester finished in 12th. The Gunners pose numerous attacking options, with the likes of Alexandre Lacazette, Alexis Sanchez, and Mesut Ozil all available. Leicester will look for the partnership of Jamie Vardy and Riyad Mahrez to carry them once again, while Kelechi Iheanacho joins from Manchester City.

Elsewhere, defending EPL champs Chelsea host Burnley on Saturday, while Manchester United host West Ham United on Sunday. The second round of the Ligue 1 season kicks off on Friday with two matches taking place. Sunday’s late fixture sees PSG travel to Guingamp where new signing Neymar is expected to make his debut. The first round of the German DFB Pokal starts this weekend, with several top-flight teams in action.

In Saturday’s early fixture, Watford hosts Liverpool at Vicarage Road. The hosts have a new man in charge as Marco Silva takes place for Walter Mazzarri. Despite a terrible run of form to end their season a year ago, Watford were six points clear of the relegation zone. They return leading scorer Troy Deeney (10 goals in 2016/17), while acquiring Burnley’s Andre Gray earlier this week. As for Liverpool, they will look to fight for the league title after a fourth place finish a year ago. With Philippe Coutinho likely to leave the Reds for Barcelona, the importance of summer signing Mohamed Salah becomes much more important. Liverpool outscored Watford 7-1 in two meetings last season.

Defending league champs Chelsea kick off their season at home against Burnley on Saturday. Antonio Conte’s men will look for a second consecutive league crown this season, with several new players coming into the squad. Striker Alvaro Morata is likely to be the team’s #9 with Diego Costa out of the picture. The former Real Madrid man scored 20 goals last season with Los Blancos. Burnley finished in 16th a year ago, and will try to avoid a relegation battle this season. Sean Dyche’s men earned only seven points on the road last season and will look to increase that number this season.

Sunday’s must-watch fixture takes place at Old Trafford as Manchester United host West Ham United. Jose Mourinho’s men will look to improve on last season’s sixth-place finish, while West Ham fight for European football. The Red Devils drew 15 matches a season ago and will need to turn those results into wins for a chance at a better finish. West Ham finished in 11th last season, and have several new players at the club. Joe Hart, Marko Arnautovic, and Javier Hernandez are all expected to be starters under Slaven Bilic. This fixture last year saw both teams share the points in a 1-1 draw on Nov. 27th.

The first round of the German DFB Pokal gets underway this weekend, as 64 teams are in action. Defending champs Borussia Dortmund face a road match at FC Rielasingen on Saturday. The sixth-tier hosts will look to pull a major upset, but could very well be in for a long day against the Bundesliga visitors. Following a tough shootout defeat in last weekend’s German Super Cup, Dortmund will look to give several youngsters a look while Christian Pulisic looks to add to his goal a week ago.

Reigning Bundesliga champs Bayern Munich are also on the road this weekend, facing off with Chemnitzer FC. Chemnitzer currently are in the third-tier of German football and were semifinalists in this competition back in 1993. They have been in the third tier since 2011, but will certainly enjoy the chance to welcome Bayern Munich at home. Bayern are coming off a shootout victory over Borussia Dortmund in last weekend’s German Super Cup and will be heavy favorites to advance.

Elsewhere this weekend, Borussia Monchengladbach travel to Rot-Weiss Essen on Friday while RB Leipzig faces off with Sportfreunde Dorf on Sunday. Hoffenheim travel to FC Rot-Weiß Erfurt on Saturday, while the final fixture of the round is on Monday Hansa Rostock face Hertha Berlin.

In their Ligue 1 opener last weekend, PSG eased their way to a 2-0 win over Amiens. Goals from Edinson Cavani and Javier Pastore sent Unai Emery’s men on their way. This week they face Guingamp on Sunday at the Stade Municipal de Roudourou. Record signing Neymar is expected to make his debut for the Parisians, who are looking for a comfortable road win. Guingamp defeated Metz 3-1 last weekend, thanks to goals from three different goalscorers.

The opening match of the round takes place on Friday as Nice hosts Troyes at the Allianz Riviera. The hosts are coming off a 1-0 road loss against Saint-Etienne last weekend, where leading scorer Mario Balotelli was not in the 18-man squad. Nice only created two shots on goal, and will look to increase that total this weekend. Troyes drew 1-1 against Rennes last weekend, despite losing their lead midway through the second-half. 20-year-old Samuel Grandsir will look to add to his goal total after Troyes only goal last weekend.

Saturday’s must-watch fixture takes place from the La Beaujoire-Louis-Fonteneau as Nantes welcome Marseille to town. Claudio Ranieri’s side fell 3-0 at Lille last weekend, and will look for a better performance at home this Saturday. Marseille rolled to a 3-0 home victory over Dijon a week ago, with Clinton N’Jie scoring a brace. Nantes won this fixture last year 3-2, and will look to repeat that scoreline this weekend to get their season going.