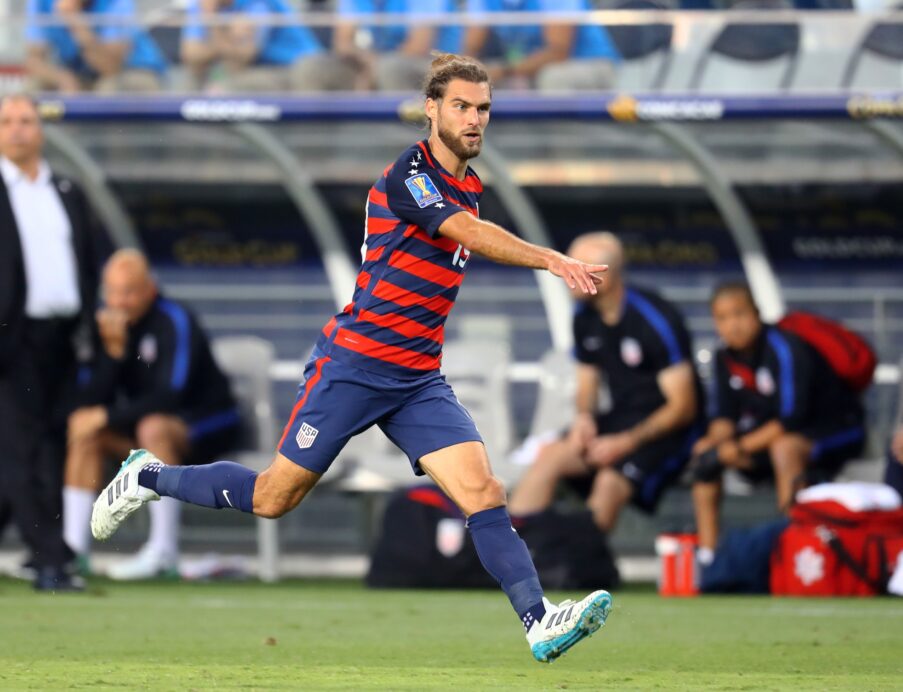 The U.S. Men’s National Team may have been dealt defensive injuries before the international break opened, but ahead of their next World Cup qualifier against Costa Rica on Friday, the team remains unconcerned, especially at right back.

Graham Zusi, the Sporting Kansas City player who made a name for himself as a midfielder in MLS and spent his first several years with the national team in that role, now serves as a right back for club and country. The transition has taken place over the last year, with results that have kept him not just the national team picture, but in competition for starting spots regularly.

“He very rarely, if ever, lets us down,”  Tim Howard said of his 2014 World Cup teammate. “These are guys who are so important to this team.”

“The way the game’s going, they’re making a lot of decisions, passing out of the back, decisions that they have to get right,” he added. “When you can have a midfielder transition back into a fullback, you get the best of both worlds. You get speed, you get good ball movement, good possession, and ultimately, they dig in and they learn how to defend.”

The longtime U.S. goalkeeper also commended Zusi’s mentality. Zusi “is a veteran guy,” one that’s anle to contribute on the field while being a part of the team mentality off of it.

Zusi’s focus for the upcoming match, though, will be on doing what he has been known for: helping guide the attack.

“I think we’ll have to be the ones on the forefront and causing the attack,” Zusi said. “We’ll have to be patient at times with their block of seven that they put behind the ball, but not so patient where we’re not getting after it.”

The attacking part has always been there for Zusi, but the defensive part was always a work in progress. It’s the hardest part of the shift, and one Zusi has gradually improved upon throughout his run. He’ll never have breakneck speed like DeAndre Yedlin, but he can be smart and intelligent with how he positions himself.

Obviously, there were growing pains, but the Gold Cup was a positive showing from the fullback. He earned honors as a Best XI selection at this summer’s tournament as the USMNT marched on to a title.

In terms of the position change, it may have extended Zusi national team career, though the player himself never looked at it that way.

“I wasn’t really trying to predict the future when I made the switch,” he said.

Yet, the team has depended on Zusi in big matches, like the Gold Cup earlier in the summer, and they’ll almost certainly need him down the stretch as World Cup qualifying continues.

“I’m glad I’ve been able to play in those kind of matches,” he added. “It can really grow you as a player and put you in situations where you need to see to get better and to play at that next level.”