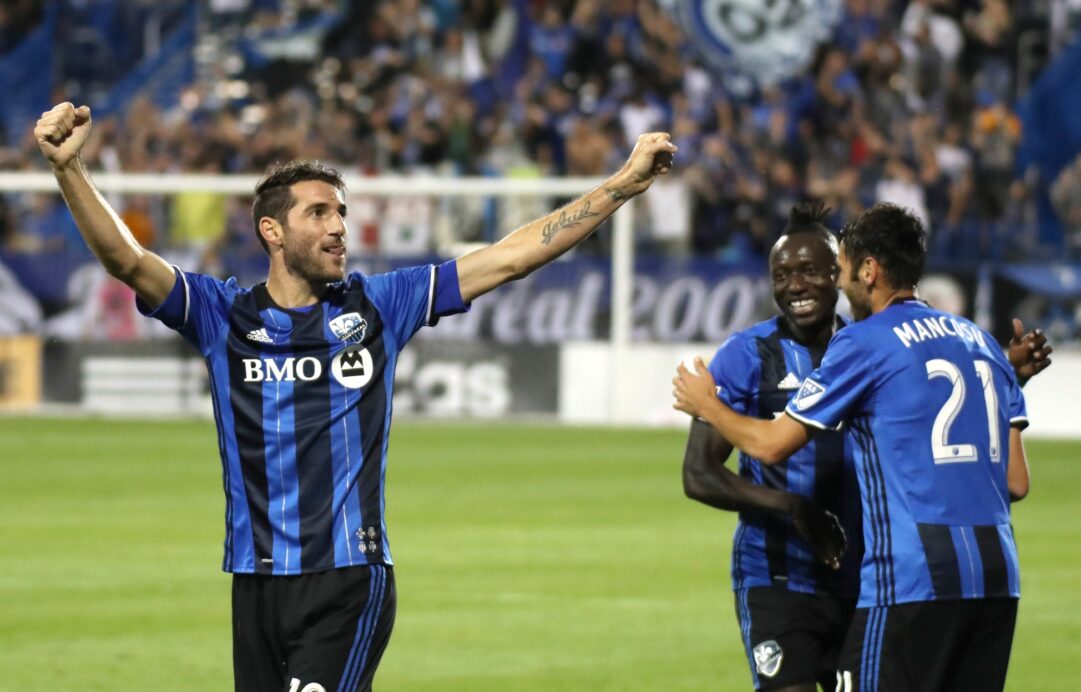 The Montreal Impact were hot from having won their last three games, and they did not stop on Saturday night.

The visiting Real Salt Lake, who were looking a franchise record fourth-straight road win, had their hopes crushed by the Impact, who ran away with a 3-1 win. For a second straight game, Ignacio Piatti was instrumental in his team’s win by recording a two-goal performance.

Similar to the Impact’s midweek game against the Chicago Fire, the Stade Saputo visitors lost a man early in the game. After an intervention with Daniel Lovitz, Marcelo Silva was removed in favor of David Horst due to injury.

It took a little more time than in its game against the Fire, but the Impact got an early goal following the early substitution. At the 11th minute, Anthony Jackson-Hamel, with his back to an RSL defender, pivoted to the left and gave a through pass to Blerim Dzemaili along the right flank. Running towards the end line, the Swiss international gave a cross pass to Piatti inside the 18-yard box. Piatti proceeded to open the score for the third time in the Impact’s four last games.

Real Salt Lake equalized 15 minutes later by way of a heavy shot from Luis Silva. Coming up the left side at the 26th minute, Silva got onto a pass coming his way and beat Evan Bush with a heavy shot in the upper nettings to even the score

It took the Impact a mere three minutes to get their lead back and who else to score but Piatti. At the 29th minute, Jackson-Hamel was on the ball with his back to the net inside the 18-yard box when he left the ball for Piatti who had just entered the box from his left flank. Piatti moved toward the left side, beating Tony Beltran in the process, and his shot flew passed Nick Rimando for his second of the night.

Two minutes after the teams were back from half-time, the Impact added to their lead. The hosts pulled an all-homegrown player built effort when Louis Beland-Goyette found Jackson-Hamel wit a through pass inside the 18-yard box. The 24-year-old striker beat Rimando with a heavy shot to bring the score to 3-1.

Piatti had a hat trick clinching goal called offside later in the match. The Argentinean pushed forward into the 18-yard box, lost the ball but was recovered by Jackson-Hamel who gave the ball right back. Having gotten the back, Piatti bended the ball past Rimando for a third time but was called offside by the linesman.

It proved no matter as the Impact cruised to yet another win.

Ignacio Piatti once again showed how important he is the the Montreal Impact. Having opened the score for his team for a third time in the last four games, the Argentinean Designated Player added a second to his tally for the second straight game and is now at four games where he made the nets shake at least once.

The relationship between Anthony Jackson-Hamel, Blerim Dzemaili and Ignacio Piatti blossomed during the team’s first goal. With his back towards an RSL defender, Jackson-Hamel sent a through ball towards Dzemaili who was by himself along the right flank and had all the time needed to send a cross pass for Piatti who scored the opening goal.

In order to record a franchise record fourth straight road win, Nick Rimando needed to be weary of the red hot Ignacio Piatti. Despite this Rimando let the Argentinean score two past him, bringing RSL back to the drawing board.