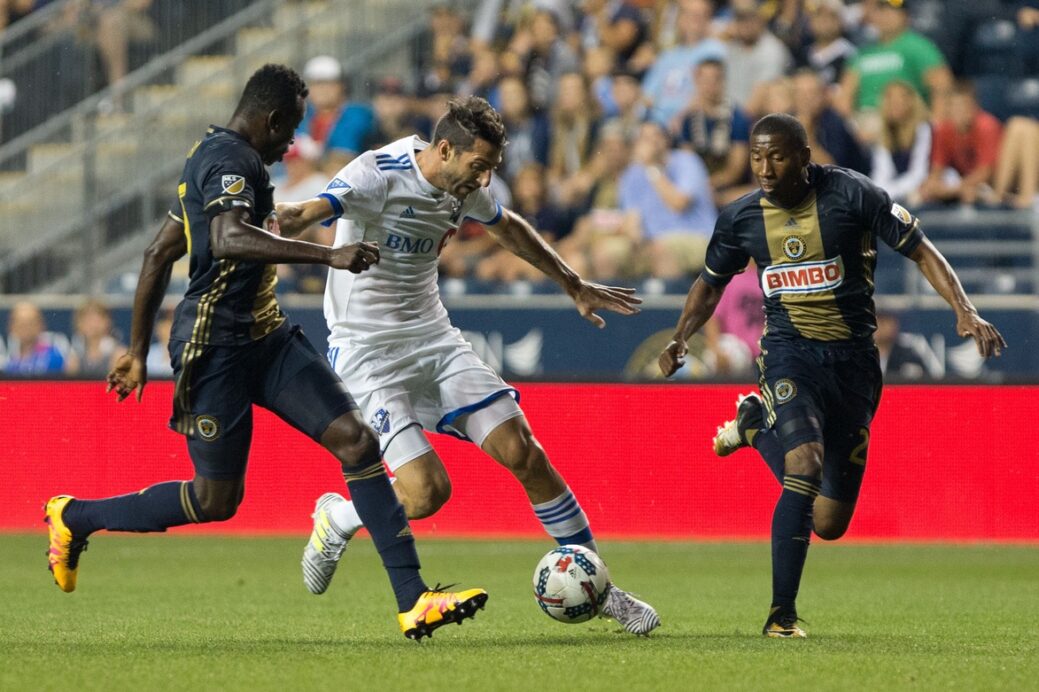 Coming into Saturday’s Eastern Conference showdown at Talen Energy Stadium, both the Philadelphia Union and Montreal Impact knew the importance of the match at hand. Three points separated the sides in the table, as both looked to climb up towards the playoff positions.

When the final whistle sounded, it was the visiting Impact that used two goals from Blerim Dzemaili and another from Ignacio Piatti to down the hosts, 3-0.

Piatti was the highlight of the opening 45 minutes, creating several chances for his teammates. However, neither side could muster much of anything and went into the halftime break deadlocked at zeros. C.J. Sapong had a fourth-minute effort saved by Evan Bush from close range. Piatti’s left-footed effort after nine minutes forced Union keeper John McCarthy into his first save of the evening.

Fafa Picault’s nifty move towards goal after 54 minutes was almost rewarded as the winger forced Bush into a tough save from close range. McCarthy came up with the biggest save after the hour mark, stoning Dzemaili’s right-footed effort from inside the box.

The frustration continued for the Union as Giliano Wijnaldum ripped a 66th-minute effort off the right post from close range. Dzemaili broke the deadlock just three minutes later, scoring from close range. A deflection off of Union defender Josh Yaro gave the Impact midfielder a chance he did not miss. It was also the Swiss international’s fifth goal of the season.

Piatti slammed the door on any comeback, scoring from the spot ahead of stoppage time. The midfielder was tripped inside the box by McCarthy which warranted the spot kick. It was the Argentinian’s ninth goal of the year, which leads the team.

Dzemaili netted his second of the match in stoppage time, adding insurance to the Impact’s lead. Despite a late charge from the hosts, the Impact held on for only their second road win of the season.

McCarthy made four saves in the loss, while Evan Bush made one in the win.  The Impact (8-8-6) return to Stade Saputo midweek as they welcome the Chicago Fire to town. As for the Union (8-11-5), they begin a two-match road trip, starting with a match against the San Jose Earthquakes on August 19th.

Blerim Dzemaili earned honors after scoring a brace in Saturday’s affair. The midfielder was a pest all night for the Union and his pressure finally broke through in a much-needed road win for the Impact.

Giliano Wijnaldum’s 69th-minute effort struck the post, which was the Union’s best chance in the match. The left-back found himself in a good position, but could not make the most to find the back of the net.

Chris Pontius was poor for the Union in midfield. While others stood out, Pontius failed to make much of an impact offensively. The veteran was later subbed off by Jim Curtin for Marcus Epps.