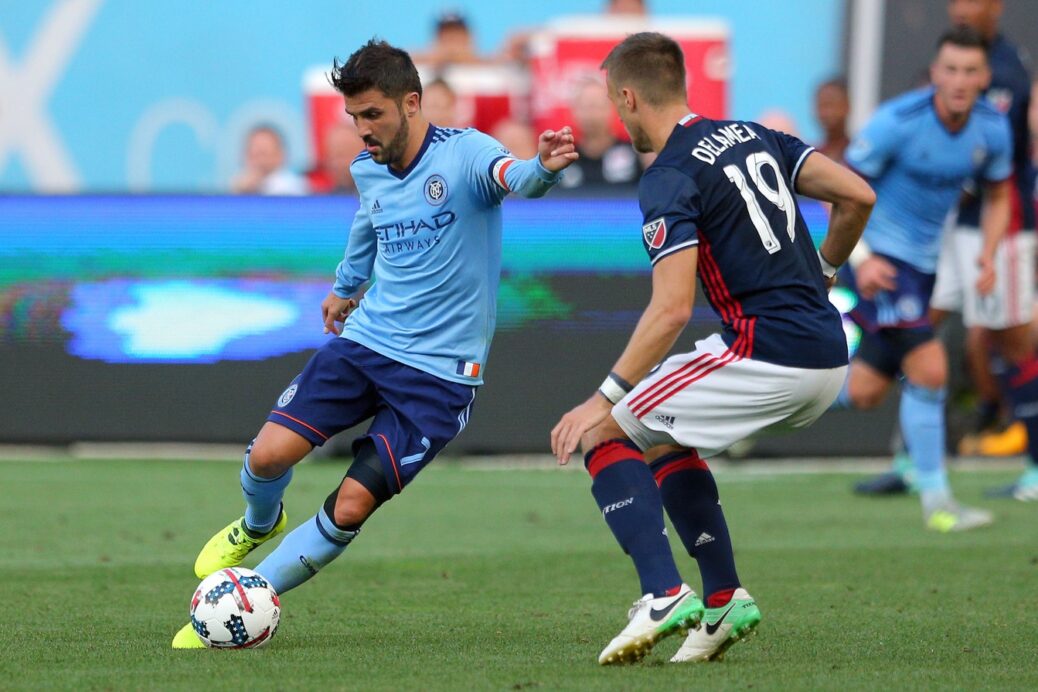 For a majority of Saturday’s match against the New England Revolution, NYCFC played some pretty uninspiring soccer. However, with a vital three points on the line, a rookie and a veteran stepped up to lead NYCFC to a come-from-behind win.

A David Villa finish was followed up by a late Jonathan Lewis goal as NYCFC pulled out a 2-1 win against the Revolution on Saturday at Yankee Stadium. The win keeps NYCFC’s within four points of the Eastern Conference-leading Toronto FC while the Revs remain seven points out of the postseason picture.

Lewis provided the game’s vital moment, firing home from close range in stoppage time. The goal was Lewis’ second of the season, and it keeps NYCFC alive in the Supporters’ Shield race.

Following a fairly tame start, the game finally got the breakthrough it needed in the 57th minute thanks to a goalkeeping error. On a corner kick, Andrew Farrell fired a reasonably nonthreatening shot towards Sean Johnson from 20 yards out. The ball took a skip in front of goal, and Johnson fumbled the shot right in front of the net. Teal Bunbury’s late run saw the ball fall right to his feet, leaving little more than a tap-in for the all-important goal.

With 13 minutes remaining, Villa fired his 19th goal of the season. The Spanish star got on the end of a loose ball in the box and tapped a shot in from close range to push the scoreline to one apiece.

The first half was largely a drab affair as neither team created much of anything. A Villa first-time shot was hit wide in the 16th minute for NYCFC’s best look while Kei Kamara answered with an errant header of his own six minutes later. The best look went to Kelyn Rowe, who rifled a shot off Sean Johnson’s fingertips and off the post for the closest chance of the half.

It took 70 minutes for NYCFC to even fire a shot on target, and it was a tame one at that, but Cody Cropper did have to make a big save just three minutes later on a deflected strike from Villa. Cropper could do nothing to stop Villa several minutes later, though, as NYCFC’s captain bungled home a loose ball to kickstart the run to three points.

NYCFC now looks ahead to a derby match against the New York Red Bulls while visit D.C. United for their next match.

David Villa was largely held down throughout the first half, but the NYCFC captain came alive late to fire NYCFC to a win.

Down a goal in match devoid of many exciting moments, NYCFC came alive late with Jonathan Lewis providing the game-winner in stoppage time.

Sean Johnson has been steady for NYCFC all season, but his second half howler handed the Revs their lone goal of the match.