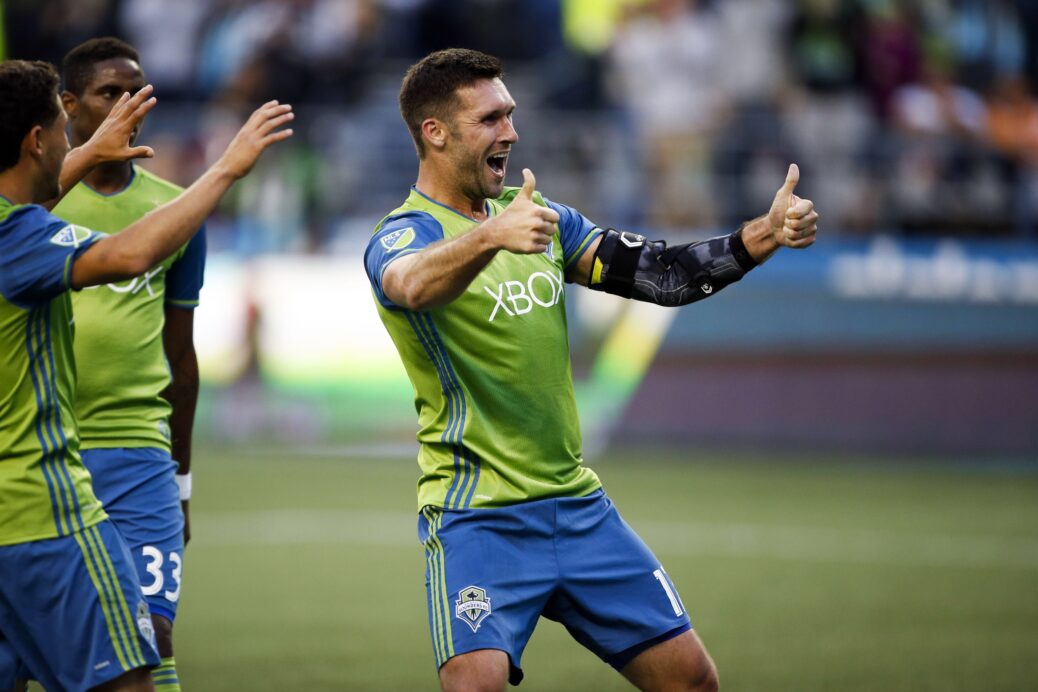 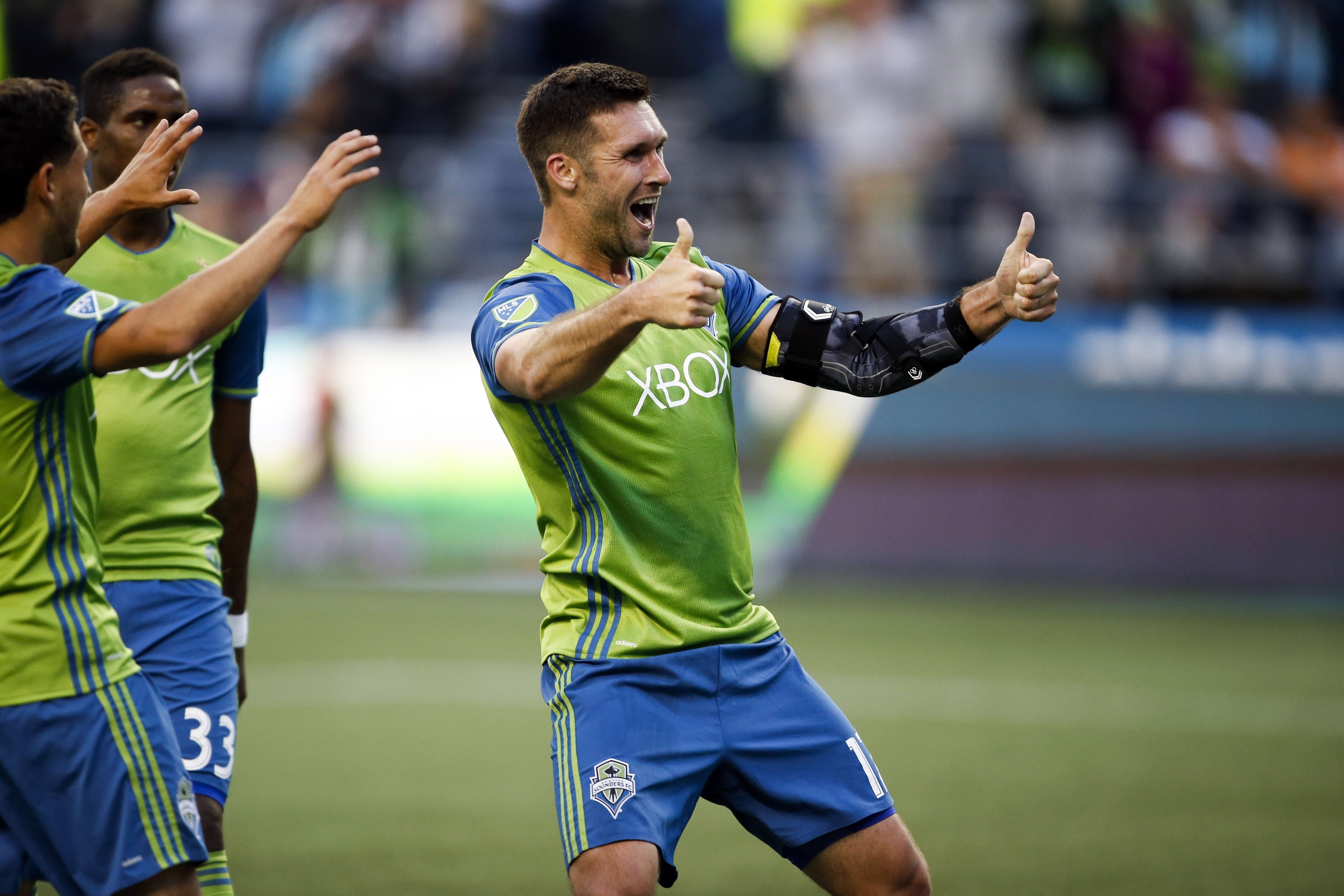 Get your popcorn ready for Saturday, and make sure you have plenty of replenishments because it’s going to be a long, packed day of Major League Soccer action.

There are no Friday or Sunday games this week, just 10 matches spread out over nine hours. The opening and closing contests of the weekend are probably the most intriguing with four of the league’s heavy hitters squaring off against each other.

In between those two matches are plenty of games with playoff implications, and with the standings packed tight in the Eastern and Western Conferences, it’s never too early to start scoreboard watching.

Here’s a complete look at Saturday’s 10-game slate across MLS.

Sporting Kansas City are riding a massive high after clinching their spot in the U.S. Open Cup on Wednesday night, but they will need an extra kick of adrenaline after going 120 minutes and travelling to the Pacific Northwest on short rest. If the Western Conference leaders can squeeze a draw out CenturyLink Field, it’ll be a successful result given the circumstances.

The Sounders are one of four teams sitting on 34 points from second to fifth place in the West entering the weekend. A win over Sporting KC would create more chaos at the top of the West, which is something we’ll revel in from a neutral perspective for the final two months of the season. Seattle is 4-0-3 in its last seven games, while Sporting KC haven’t suffered a defeat since May 27.

The Portland Timbers need this game much more than Toronto FC, as an unexpected road result would keep them afloat in the top six of the West no matter what the teams around them do this weekend. It might be crazy to think the Timbers are capable of that, but they did break into Houston’s fortress and earn a point two weeks ago.

Toronto is 8-0-3 at BMO Field this season and 3-0-1 all-time at home against the Cascadia Cup, which means they should continue their march to 50 points. The interesting matchup in this game will be how the back three of Toronto, as well as its wing backs, deal with the pressure created by Portland’s attacking corps.

Oh, how things can change in a matter of months, or even days. Back in the early part of the season, we were dreading this matchup, but now it is intriguing from plenty of perspectives. Mike Petke has re-energized Real Salt Lake and has got them within six points of the red line in the West. There’s also been no shortage of goals between RSL and D.C. in recent years at RFK Stadium. D.C. won a 6-4 affair back in August 2015.

D.C. went through a resurgence off the field this week in the transfer window by bringing in Paul Arriola, Russell Canouse, Bruno Miranda and Zoltan Steiber. All four might not be ready to go this weekend, but they’ll provide a boost in morale at the very least for those who take the field. The focus is clearly on 2018 and the opening of Audi Field, but could Saturday be a start of a late surge by the Black and Red?

This is one of three vital games in the Eastern Conference on Saturday, in some parts of the world they call them six-pointers. Chicago will make the playoffs barring a complete catastrophe, but it still has to fight for one of the two first-round byes with Toronto and New York City FC. The Fire still need to improve on their 2-5-4 road mark and Saturday could be the perfect time to do so.

Columbus brought in a ton of allocation money in the last week and signed a player in Pedro Santos, who is expected to be an impact man in the coming weeks. The Crew in sixth place with 30 points, and with a 4-0-2 record in their last six home games against the Fire, the signs are pointing toward helping their playoff cause. The biggest key for the Crew will be limiting the chances of Nemanja Nikolic with a back line that hasn’t excelled all season.

Orlando City has the opportunity to drag the New York Red Bulls into the muck that is the race for fifth and sixth in the East if it finds a way to leave Red Bull Arena with three points.  That could happen if the three-headed monster of Cyle Larin, Kaka and Dom Dwyer has its way with the Red Bulls defense.

Saturday is the perfect chance for the Red Bulls to respond to their loss to NYCFC with a triumphant home win that would keep them closer to the top three than the bottom five in the playoff pecking order. Replacing the recent productivity of Daniel Royer will be tough, but it’s not an impossible task.

Some could count Saturday’s showdown at Talen Energy Stadium as a de facto elimination game in the East playoff race since the Impact sit two points behind the Union in the standings. Montreal has some recent history in Chester as it came back from a three-goal deficit to force a draw in April.

The Union are 7-0-1 at home in their last eight games and they’ve only conceded once in their last four games. Building up a formidable home record is exactly what playoff contenders must do at this point in the season. If they do more of the same, they’ll squash a playoff rival’s postseason chances and potentially jump to seventh if the Red Bulls win.

The Whitecaps are one of those teams we haven’t talked about much, but they could pounce up the standings in an instant because of how tight the West is. No one expects the Whitecaps to take a point out of their cross-country trip to New England, but none of expected them to win in Dallas either.

The Revolution are trying desperately to hold on to their playoff life, and they’ve done so by winning games at home. But just like some of the others fighting for fifth and sixth, road results are the real struggle. But first, New England must take care of business at home on Saturday.

Just one year ago this was a battle of Western Conference titans battling for the Supporters’ Shield. In 2017, it’s back to a battle of bottom against top as the Rapids sit dead last in the West with 21 points. They’re 0-8-1 on the road which leads you to believe this is a perfect bounce back game for FC Dallas.

Oscar Pareja’s men showed some fight in the second half against the Union last weekend, but they’re still reeling from a two-game winning streak. If they can’t put it all together against the worst team in the West on Saturday, then we’ll know they’re in a real spiral.

San Jose is still trying to work out its new identity under Chris Leitch. The pieces are there and the potential has appeared on occasion, but there needs to be more consistency on the road. Going into Houston off a U.S. Open Cup loss on penalties will be tough, but it’s a good test to see what resolve the squad has under the new manager.

Houston had its home fortress breached against Portland, but it responded with a road draw against RSL. Home points have been massive for Wilmer Cabrera’s side this year and it has to pick up three on Saturday to keep pace in the crowded West.

The good ol’ 11 p.m. ET special is back and it makes a national television appearance with two of the marquee clubs in MLS squaring off. NYCFC are flying high from their New York derby win, but they still aren’t the best team in the East. With the Galaxy playing so poor at home, Saturday’s swing out west could help the club’s standing in the East, especially if Chicago falls on the road.

Sigi Schmid’s Galaxy haven’t figured everything out yet, but they did retain Jelle Van Damme during the transfer window and they added Jonathan dos Santos. With a new manager in charge and a fresh burst of life injected to the club, the Galaxy should make a surge at some point, and it could all start at home where they are 1-6-4 in 2017.