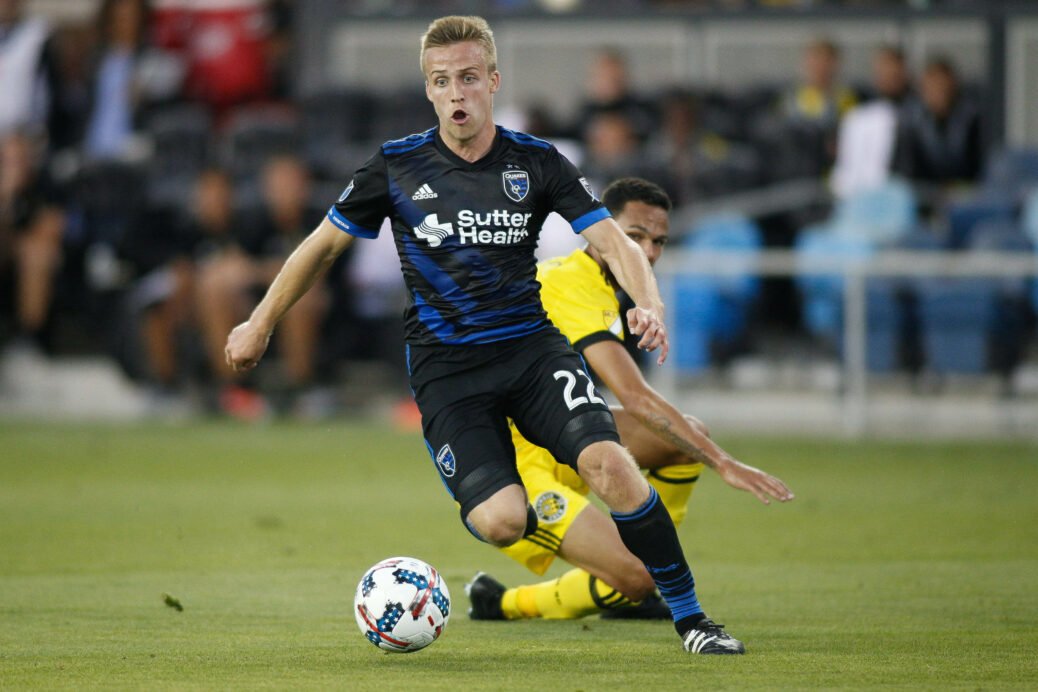 SAN JOSE, Calif. – In certain cases a locker room can be a toxic place. It can drag a team’s morale and quality to unprecedented lows, it may be the barricade between glory and despair, and ultimately, the reason behind a supporter’s disappointment.

At the moment, that is fortunately not the case in San Jose.

On Saturday, the Earthquakes rallied past a visiting Columbus Crew thanks to dominant performances from certain players, who months prior, regularly found themselves cemented on the bench. The win earned a trophy-hungry side three points that well-defend the narrative that competition, rotation and mutual praise within its diverse squad has been the difference the past seven months.

It has been so game-changing that even the Quakes captain and longtime catalyst Chris Wondolowski recognizes the roster depth’s importance on the eve of the club’s most significant match in five years against Sporting Kansas City.

Lineup rotations and overwhelming open-mindedness for competition is not always a tasty concoction, e.g. Juan Carlos Osorio’s Mexico, but for Leitch and co., the scenario is quite the opposite. The newly minted boss has managed to blend what some tout as “the best Earthquakes team they’ve played for” into something robust, yet unique.

The victories are coming in league, and more importantly in cup play, yet ‘TAM’ and designated players regularly swap in and out of the bench. And on the field, the Quakes’ youth continue to be the overlooked factor, who despite their inexperience in the league, assume their indefinite starting roles with the up-most praise for those in the locker room.

“I’ve said this multiple times throughout the year, I said it in the beginning of the year:  I think this is the best Earthquakes team I’ve been a part of,” Quakes midfielder Thompson told SBI. “It’s competitive but at the end of the day, that competition brings the best out of everybody.”

“So in order to make a run for the MLS Cup [and Open Cup], teams need to be deep,” Thompson added. “I think we definitely have that depth this year. Everyone is starting to get healthy now, but its going to pay down the road, definitely.”

For the man calling the shots, there is an underlying tone of sangfroid and understanding of the team’s current state, even from those whose paychecks label them as nothing but starters.

At the same time, Marco Ureña recapped the ongoing competition within the locker room as “clean and healthy.” Valuable praise and understanding that could mark the difference when playing at an always vigorous Childern’s Mercy Park for a step closer to untried Open Cup triumph.

“I think this team feels that there is competition, and hopefully that spurs (motivation),” Leitch told SBI. “Marco went to working his tail off all night, tonight. Or even Wondo working his tail off; knowing that there is two or three really good guys that are waiting on their opportunities, (and) those guys will get there opportunities, you’ll see.

“And so that depth, if the squad has changed it’s not signaling that we are going away from a successful recipe, it’s more less signaling freshening up a side because the quality is in that locker room. It’s tough for a player not to play, I know that first hand. But I also think in this locker room when they look around and they don’t play; they know why. Because there is quality in that locker room.”

“So to have whether it’s a young rookie step up or a homegrown player, whoever steps up and plays well I think even for a veteran guy that maybe doesn’t get this particular game knows he’s going to get his game coming up, and he knows the quality within the team which helps. “