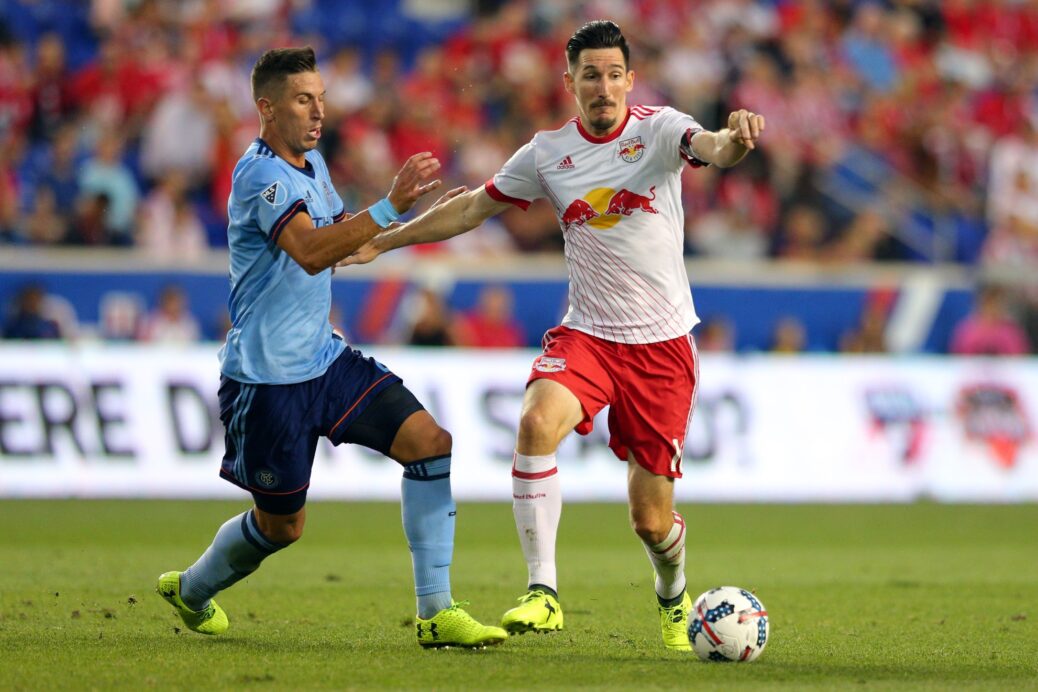 Friday night’s clash between the New York Red Bulls and New York City FC had all of the features of a rivalry match. It had big goals, physical play and confrontations aplenty. What it didn’t have, though, was a winner.

It was the first draw in Hudson River Derby history as neither New York City FC nor the Red Bulls will be satisfied with the 1-1 result.

Despite the scoreline, the match was decidedly lopsided in favor of the Red Bulls, though poor finishing doomed them once again. The Red Bulls outshot NYCFC by a significant margin, but the opportunistic visitors took advantage of the home sides wastefulness.

The Red Bulls were awarded a penalty in the 69th minute after RJ Allen took down Sacha Kljestan in the box. The much-maligned Gonzalo Veron stepped up and came up with another big goal in recent memory, this time from the penalty spot. The penalty seemed just after the Red Bulls thought they had earned a few more.

A number of no calls haunted the Red Bulls in the second half. First, Bradley Wright-Phillips was clattered into in the box while awaiting a cross. The crunching check knocked the striker into the net and off his feet with no foul called.

Shortly after the opener from NYCFC, Alex Muyl was seemingly taken down in the box. Referee Jair Marrufo declined to issue a penalty or a yellow card for a dive.

Maxi Moralez opened the scoring for NYCFC, finishing off a quick break after a strange series of events in the 56th minute. David Villa earned a soft foul at the midfield stripe. While Red Bull players were slow to react after what they felt was not a foul, NYCFC stormed up the field. Jack Harrison found Villa at the top of the box, and the striker delicately played the ball through to Moralez, which he finished low across his body.

The first half was a spirited affair from the two rivals. Both sides emerged from the tunnel with energy oozing from their beings. The Red Bulls controlled their share of the game with over 65% possession and seven shots in the opening 30 minutes. Such is the story of the Red Bulls that despite the possession and chances created, they were left wanting for a goal.

The Red Bulls (12-10-3) move to fourth place with the draw before heading out to face FC Dallas next weekend. NYCFC (14-7-5) stay in second place and welcome Sporting Kansas City midweek.

Alexander Ring kept the Red Bulls from capitalizing on poor play out of the back, blocking shots, and putting in tackles.

Gonzalo Veron’s equalizer from the penalty spot to rescue the point for the Red Bulls was the high point of a frustrating night for the offense.

RJ Allen stepped in for the injured Ethan White and had some rough moments, conceding a penalty.