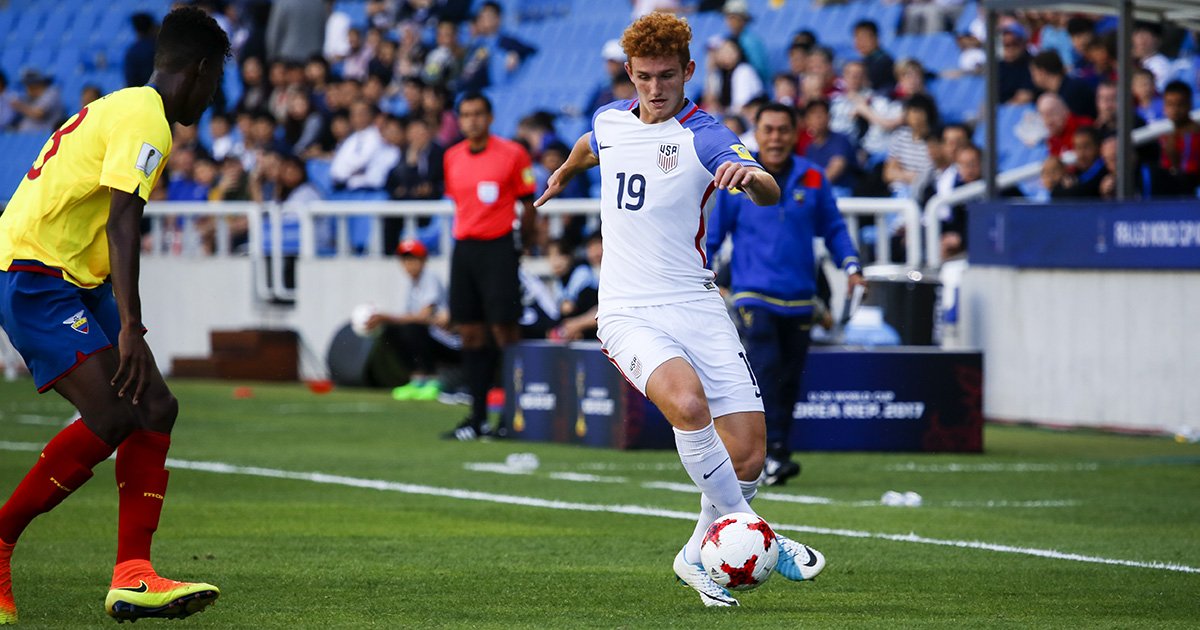 Headlining the roster are Andrew Carleton, Josh Sargent, and Timothy Weah. Carleton has scored 16 goals in 28 appearances with the U-17’s, while Sargent has tallied 16 goals for the U-17’s and four for the U-20’s. Weah signed a professional contract with Paris Saint-Germain on July 3, and is the son of George Weah, a 1995 Ballon d’Or winner.

The U-17’s will begin play Tuesday, August 22nd, when they face Hungary. The team will play again on the 23rd against Russia and will conclude Group B play on Aug. 24 against Japan. The opponent for a final placement game, which will be played on Saturday, Aug. 26, will be determined following the conclusion of group play.

“Following our two recent domestic training camps, this tournament will challenge our team with four tough international matches in five days,” Hackworth said. “We were able to get almost all of the players we requested released for this trip, so that will help us as we continue to prepare for the World Cup in India.”

The U.S. competed with its U-18 team in this tournament a year ago, defeating host Czech Republic, 4-2, in the final to win the championship.

The trip will serve as part of the U-17’s continued preparation for the 2017 FIFA U-17 World Cup in India, where the team has been grouped with host India, Ghana and Colombia. The USA kicks off with the first game of Group A play on Oct. 6 against India.

Seventeen of the players on the roster were part of the team that finished second at the 2017 CONCACAF U-17 Championship, which serves as the U-17’s World Cup qualifying tournament.

Here’s a full look at the U.S. squad: