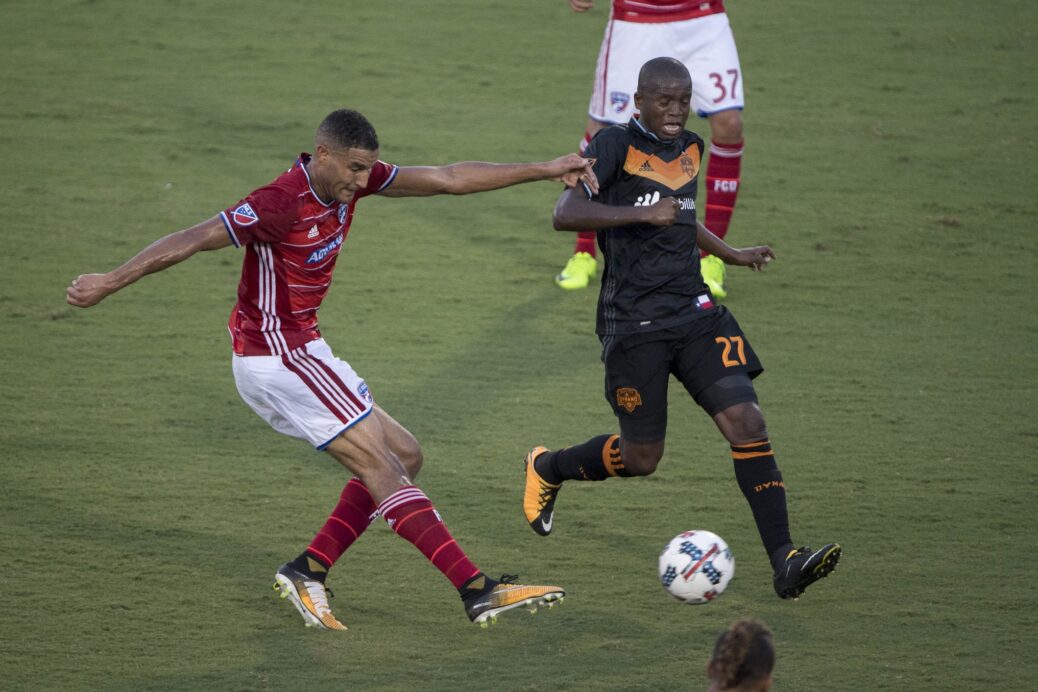 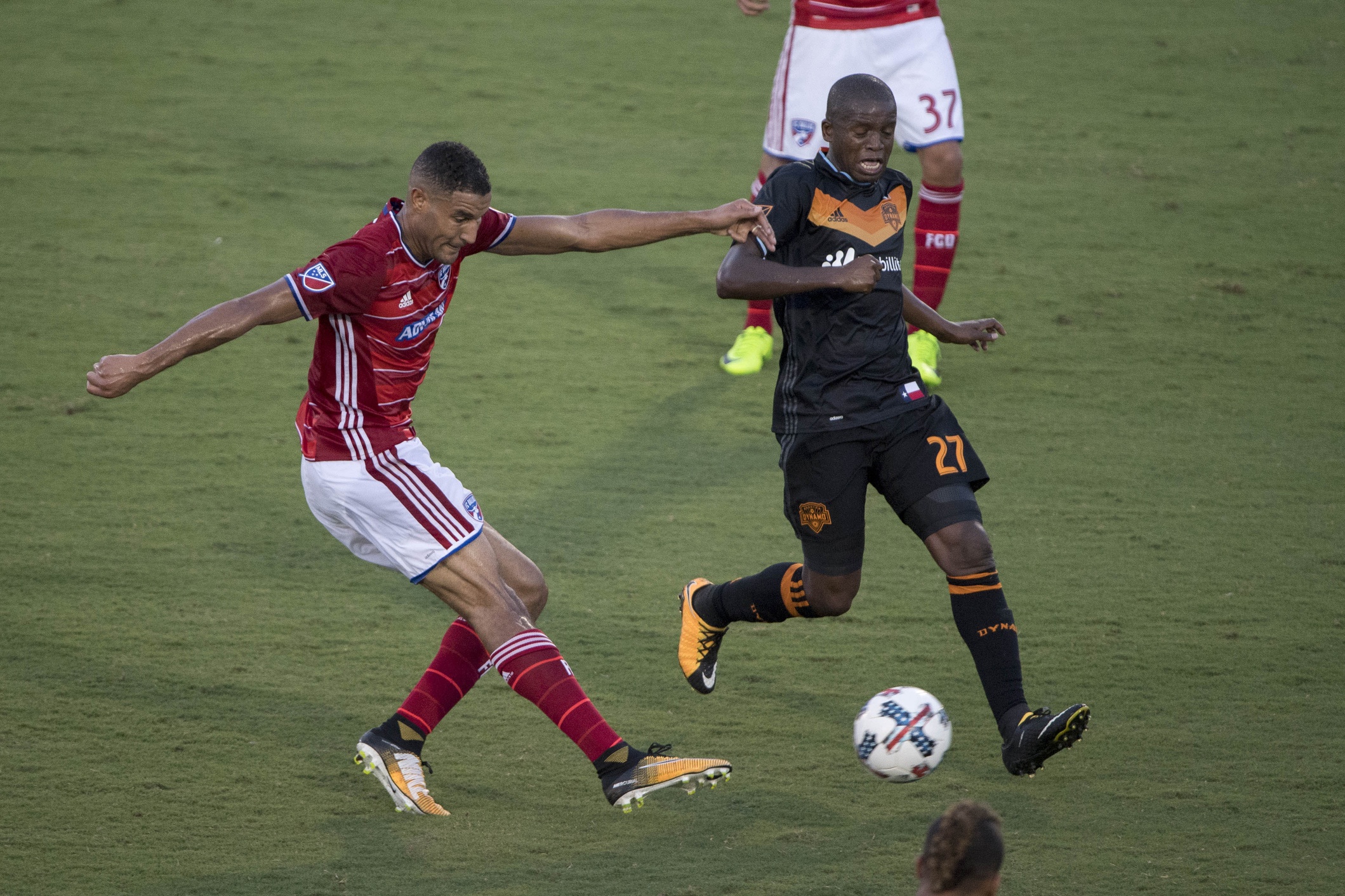 Erick ‘Cubo’ Torres put the Houston Dynamo on his back, scoring a second half brace to rescue the point for his team against Texas rivals FC Dallas.

Three unanswered goals on either side of halftime saw FC Dallas leading 3-1 heading into the 70th minute. The Dynamo clawed their way back into the match earning a 3-3 draw, the third draw this season in the Texas derby.

The match was hard fought from both sides with a number of great chances and strong, physical play, with a total of seven yellow cards distributed. Both Jesse Gonzalez and Tyler Deric were called into service a number of times for their teams and came up big. Despite the Dynamo earning an early lead, FC Dallas began to look like the better side as the half wore on.

Tesho Akindele took matters into his own hands just before the break. In the 45th minute, Akindele received the ball on the left touchline, dribbled inside, and fired into the top corner of the net from a shot outside of the box.

Just two minutes later, Maynor Figeroa scored from a tight angle, beating Deric with a shot to the top corner of the far post. The quick strikes were just for a team that created a number of chances through the first half.

The two first half goals from the home side cancelled out a first minute strike from Vicente Sanchez. Sanchez pressured Matt Hedges into turning the ball over to Torres, who drove forward toward the box before slipping the ball to Sanchez for a first time strike low into the near post.

Six minutes into the second half, FC Dallas scored from distance again, this time through Maxi Urruti. The forward took the shot from just outside of the box, finding the far post with a powerful and well-placed low effort.

Torres found himself on the score sheet twice in the second half, earning a third draw between the rivals this season. Second half substitute Romell Quioto slipped a ball into the box for the Mexican striker and he fired it home to halve the deficit for the Dynamo in the 71st minute. Then, in the 85th minute, Torres took advantage of a loose ball fired off the crossbar to equalize for the Dynamo.

Kellyn Acosta had a wonderful opportunity to win the match late for FCD, but his shot off a deflected cross from inside the six-yard box was off target.

In the 92nd minute, Oscar Pareja’s side thought it earned a penalty kick on a Dylan Remick challenge on Michael Barrios. The challenge did not get examined by video review.

The Dynamo (10-8-8) remain two points ahead of FC Dallas (9-6-9) in the Western Conference. The draw kept the Dynamo from losing two straight, and they now boast a 3-1-3 record in their last seven matches. FC Dallas is now winless in four matches.

Erick ‘Cubo’ Torres showed his class and lethal finishing ability rescuing the match for the Dynamo with two goals.

Torres’ equalizer brought the Dynamo back from the dead and kept them on level terms with their biggest rival in 2017.

Matt Hedges’ poor play led to the first goal for the Dynamo and he had a hand in allowing the equalizer with lackadaisical marking for Torres’ follow up.