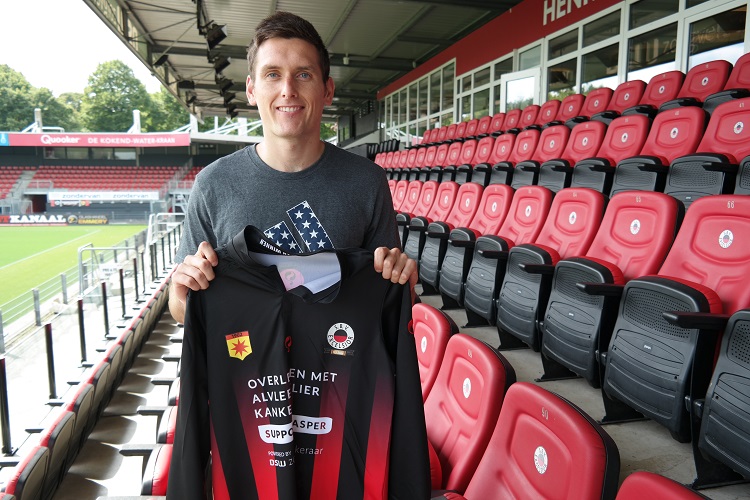 Shane O’Neill’s European journey has brought him to the Eredivisie, but not with the club many expected.

Excelsior announced on Monday that the club has signed the former Colorado Rapids centerback to a one-year deal with an option for a second season. The move comes a season after O’Neill played a vital part in getting fellow Dutch club NEC Breda promoted to the first division.

“I really wanted to play in the Eredivisie and am very happy that I get the chance to show myself at this level,” said the 23-year-old defender. “I look forward to being here and hopefully to play many matches for Excelsior.

“I was loaned, so that was a special situation,” O’Neill added. “After last year, I really wanted to play in the Eredivisie and that’s why I’m excited to get that chance at Excelsior. As I said, I would like to start here. I had a good season last year and this feels like a great step to further develop myself. “

After emerging with the Colorado Rapids, O’Neill moved to Europe to join Cypriot club Apollon Limasol in 2015. He subsequently has taken part in loan spells to Moeskroen, Cambridge United and NAC Breda.

During his stay at NAC Breda, O’Neill made 29 appearances in all competitions, scoring one goal. The defender helped lead the club to promotion, but a deal could not be reached to make the move permanent. Now, he joins an Excelsior team that finished 12th in the Eredivisie last season.

With the move, O’Neill also joins fellow American Desevio Payne, who signed with the club during the summer.