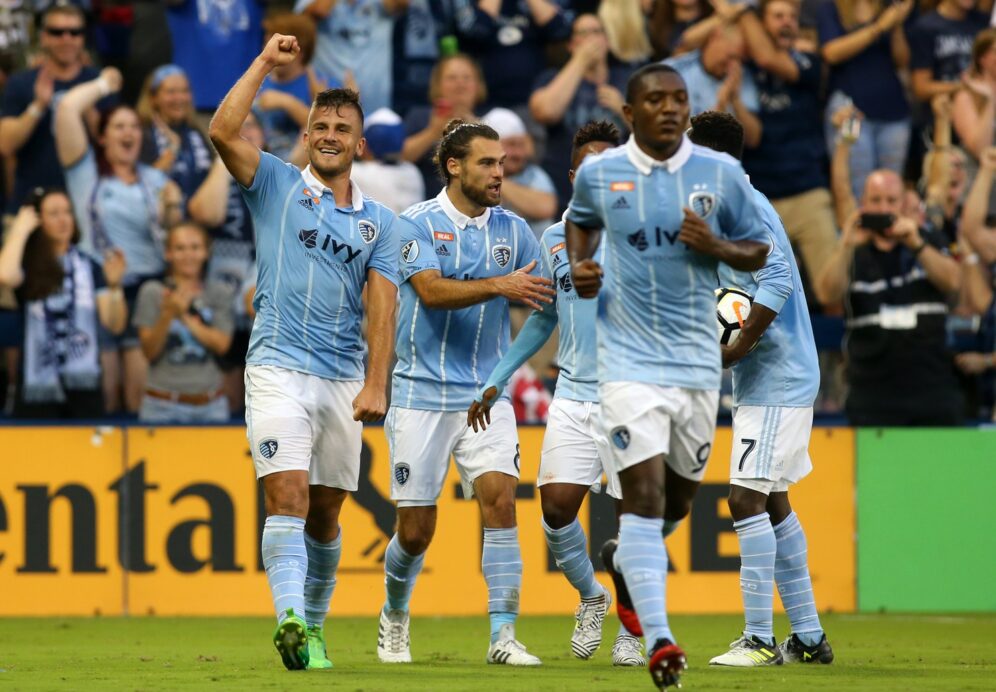 Wednesday’s U.S. Open Cup semifinal went all the way to penalty kicks but, when all was said and done, Sporting KC booked a spot in the tournament finale.

Sporting Kansas City reached the final of the 2017 U.S. Open Cup after winning penalty shootout over the San Jose Earthquakes. Tim Melia was the hero for SKC after saving two penalty kicks to secure the win by a score of 5-4 following a 1-1 draw in regulation.

SKC reaches the final of the USOC for third time. In each of their appearances in the final, they have won the tournament.

It was a great night for both goalkeepers to shine, though Melia eventually proved the winner.

Andrew Tarbell stood on his head for the Earthquakes, making 10 saves in regulation to keep SKC from capitalizing on their possession and chances. The 23-year-old played beyond his years, making his case to earn MLS minutes for an Earthquakes team that has had trouble keeping the ball out of the net over the last two months of league play.

Tarbell did show his inexperience in extra time, nearly getting caught out of position at the top of the box. An errant finish from Roger Espinoza and an offside Latif Blessing kept the chance from being dangerous.

The Earthquakes came flying out of the gate, scoring in the fourth minute. Danny Hoesen beat the backline on a quick counter attack, beating Ike Opara on the dribble and firing a low shot to the far post from outside of the box. Despite finding the early goal, SKC dominated the remainder of the first half.

Diego Rubio leveled the match in the 32nd minute, capping off a fantastic sequence that featured 18 passes leading to the goal. Jimmy Medranda drove into the box, crossing to Rubio who just got enough of a toe poke on the ball to redirect it into the net.

SKC surely felt they were on the wrong end of several decisions by the referee Nima Saghafi in the match, particularly in extra time. In the first half of extra time,  Rubio went down in the box on a challenge from Anthony Imperiale that the referee waived off.

Then, in the second half, Latif Blessing took a big hit from the aforementioned Imperiale that left Blessing in pain with the medical staff being summoned. Despite the physical nature of the match, only three cards were issued on the night.

However, when it came to penalty kicks, Melia proved a hero yet again, stopping Victor Bernardez’s spot kick to seal the win and hosting duties for the U.S. Open Cup final.

Tim Melia takes the honors for his penalty heroics despite not having much else to do on the night, unlike his counterpart Andrew Tarbell. However, his two saves in the shootout were just another pair of vintage moments to add to a long list Melia has put together throughout the season.

Victor Bernardez came in to the match in extra time to help lock down the defense, and he did, but his penalty kick miss doomed the Quakes to defeat.