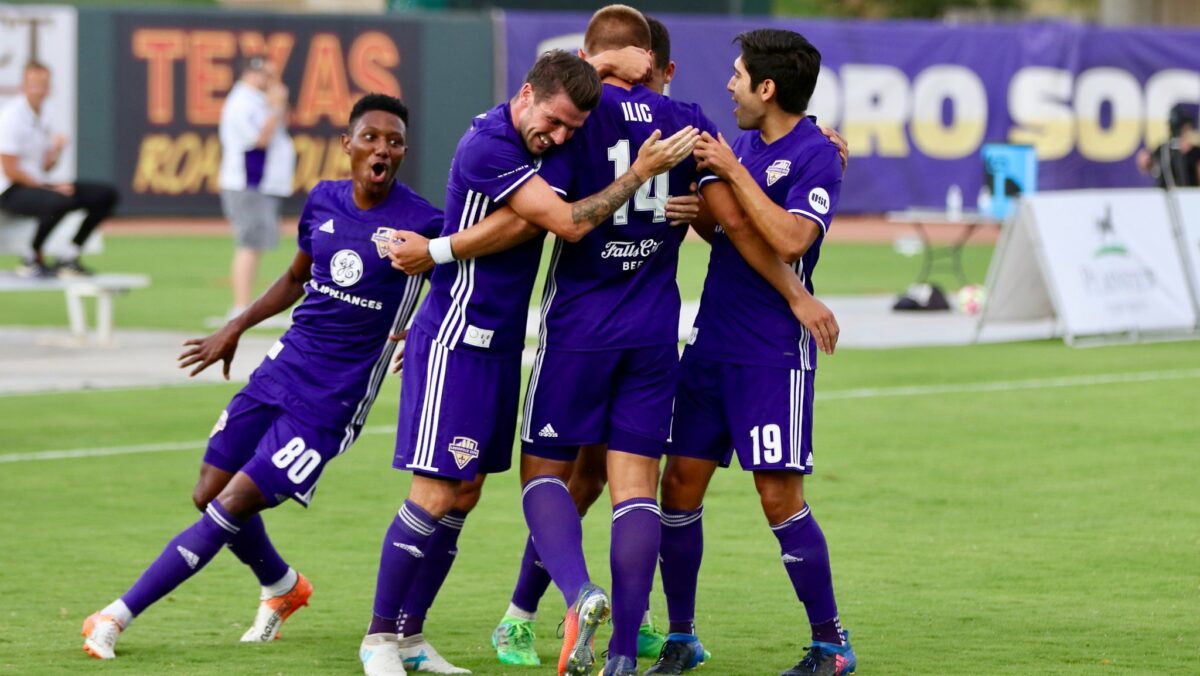 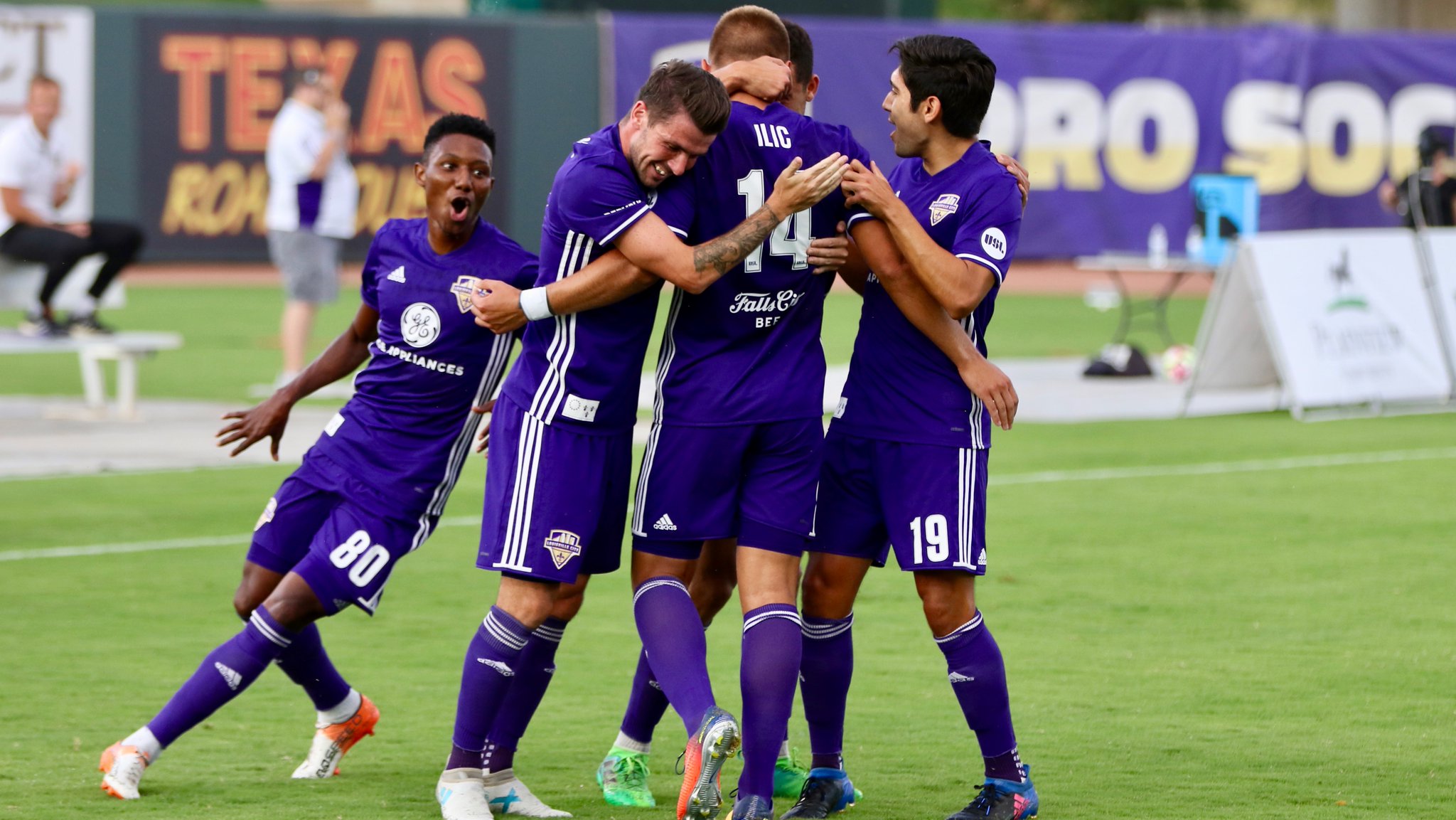 Midweek games did not discourage fans from turning out in big numbers across the league Wednesday night. The large attendance numbers were rewarded with exciting matches and wild finishes.

USL attendance for 2017 has already eclipsed attendance for all of the 2016 season thanks largely to the big numbers turning out for matches in Cincinnati, Sacramento, Louisville, and Phoenix.

With more eyes on the league then ever before, the quality of play is living up to fan expectations, and it was all on display Wednesday night.

Let’s took a look at all the midweek action:

FC Cincinnati got back to their winning ways with a strong home performance defeating the Fury 3-1. Danni Konig scored his ninth goal of the season in the 34th minute on a cross from Tyler Polak. Konig turned provider nine minutes later for Jimmy McLaughlin. A slight touch was all Konig needed to send Jimmy McLaughlin racing in on goal from midfield, finishing low to double the lead before halftime. Sam De Wit added an insurance goal after the break in the 57th minute, latching onto a free kick bouncing around the box. The Fury were active offensively all night, with Cincinnati needing a few big saves from Mitch Hildebrandt and goal line clearance to keep this from being a closer game. The Fury did get a consolation goal in the 63rd minute when Steevan Dos Santos shot across his body to the far post found the net. FC Cincinnati leaps back up the table to 6th place in the Eastern Conference with the victory.

LCFC are top of the table with a second consecutive 5-0 victory, holding two games in hand over Charlotte Independence and the Charleston Battery, the closest contenders. The City Islanders started slow, and LCFC made them pay with three first half goals, effectively putting the match to bed within 30 minutes. Mark-Anthony Kaye finished low to the far post in the 11th minute. Two minutes later, Ilija Ilic took advantage of some confusion in the box following a free kick, finishing low. LCFC made the City Islanders pay for some more poor defending in the 26th minute, allowing Paolo DelPiccolo to turn another loose ball in the box into a goal. To add to the scoreline, Niall McCabe and Sean Totsch scored second half goals. For the City Islanders, it is their fourth consecutive loss, turning a summer of hope into a season of despair.

STL got revenge over the Roughnecks for a twin result of 2-1 at home Wednesday night. The Roughnecks took the lead in the 43rd minute when Joey Calistri cleaned up a bouncing ball in the box following a corner. STL nearly leveled the score before halftime, but Christian Volesky could not beat Roughnecks goalkeeper Bryan Byars. Going into the break down a goal, STL got to work early in the second half to equalize. Mats Bjurman latched onto a loose ball in the box following a corner kick and brought the teams level in the 55th minute. With the game nearling its conclusion, the Roughnecks were reduced to 10 men following a second yellow to captain Modou Jadama for a poor tackle on Christian Volesky. STL made the advantage count, scoring a 90th minute winner from Seth Randolph. The win keeps STL in striking distance of the final playoff spot, and they travel to the Rochester Rhinos next week. The Roughnecks will return home to take on the Seattle Sounders FC 2.

SAFC pulled within seven points of leaders Real Monarchs SLC with a hard fought victory over the Whitecaps. A 14th minute Kris Tyrpak goal was all the hosts needed to seal the win, their first in four matches. Tyrpak sent in a venomous header from nearly the top of the box on a cross from Greg Cochrane. SAFC had opportunities to increase their lead, but Whitecaps keeper Sean Melvin was up to the task of keeping the game from getting out of hand. SAFC will welcome the Portland Timbers FC 2 next week with an eye towards extending their confidence and winning run.

Tyler Blackwood snatched the points from the Rangers in the 88th minute to earn a 2-2 draw for Sac Republic Wednesday night. Soony Saad opened the scoring for the visitors in the 4th minute with a shot from outside the box. Sac Republic answered back in the 36th minute with Wilson Kneeshaw turning in a free kick that went off the post. Christian Duke caught Sac Republic napping on a throw in, and his cross to Kharlton Belmar was easily finished from inside the six-yard box. Tyler Blackwood’s 88th minute volley on Elliot Hord’s cross split the points for the teams. The Rangers will rue their missed chances and now must head to Reno for a tough match against Reno 1868 FC.