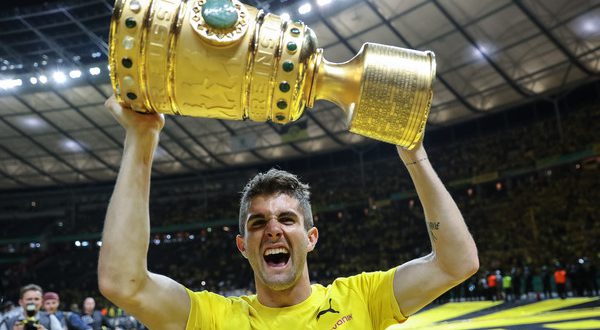 Sometimes it’s easy to forget that Christian Pulisic is just a teenager. He has only been in the American soccer spotlight for a little less than two years, but in that time he has provided a number of memorable moments for both club and country.

Pulisic celebrates his 19th birthday on Monday, moving one step closer to actually being a full-fledged adult. At a time when many young players are still finding their feet as a professional, Pulisic is already regarded as one of the best U.S. Men’s National Team players —if not the best — and a key part of the machine that is Borussia Dortmund.

As a 17-year-old prospect, Pulisic broke onto the scene for both the U.S. and Dortmund, earning his senior debuts with both his club and national team. He scored his first international goal, his first senior goal and made his first Champions League start all before reaching the age of 18.

Throughout the past year, Pulisic’s rise has only continued as he’s lived up to and even, at times, exceeded the expectations thrust upon him. There were plenty of big games and several big goals during Pulisic’s 18th year as he cemented his reputation as one of the brightest talents in the world today.

With that in mind, here is a look back at the top five moments Pulisic delivered as an 18-year-old:

5. STEPPING UP AGAINST REAL MADRID

Pulisic did just that just days after turning 18, putting in a strong shift off the bench against Real Madrid. With his team down a goal late, Pulisic helped create the equalizing goal scored by Andre Schurrle, sealing a big point for Dortmund while making a statement against a team that is almost unanimously viewed as the best team in the world.

Just two weeks after his efforts against Benfica, Pulisic returned to USMNT duty to take on a must-win match against Honduras.

It was a rout. The USMNT cruised to a 6-0 win, getting back on track in World Cup qualifying, at least for the time being. Pulisic scored one of those goals while assisting on three more, marking one of his most productive international appearances to date.

You always remember your first.

Facing off with Benfica in a Round of 16 clash, Borussia Dortmund trailed, 1-0, following the opening leg of their Champions League matchup. They pulled level early on a goal from Pierre-Emerick Aubameyang before Pulisic opened the second half with what turned out to be the match-winning goal. Aubameyang pounded in two more goals, but it was Pulisic’s finish that truly turned the tide.

Trophies are never easy to come by, especially with Bayern Munich lurking, but Pulisic and Borussia Dortmund earned a big one to close what was a semi-disappointing domestic campaign.

Tied at 1-1 in the DFB-Pokal final, Pulisic was taken down in the box to earn the decisive penalty kick. Aubameyang buried his shot from the spot, locking up the first major honor of Pulisic’s professional career.

Before taking a much-deserved summer break, Pulisic made his mark with his best USMNT performance to date.

Pulisic scored both goals in a 2-0 win over Trinidad & Tobago in what was likely his most dominant international effort. With two games left in qualifying, Pulisic has amassed five goals, good for a tie with Clint Dempsey for second-best on the USMNT.

What’s your favorite Pulisic moment thus far? What do you expect from him in the next year?