After yet another heartbreaking defeat, Red Bulls turn focus towards MLS playoffs 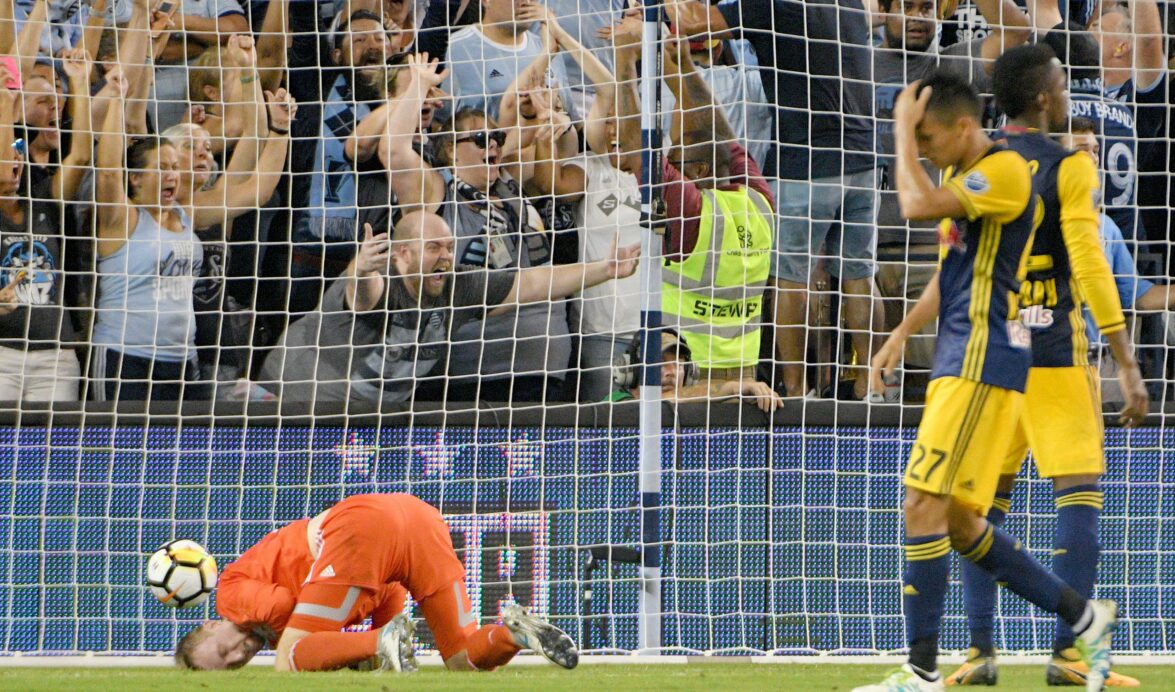 Wednesday night could have been different for the New York Red Bulls, but instead, it became yet another chapter of heartbreak for a club that’s experienced plenty of it throughout its history.

The Red Bulls squandered another chance at a major trophy on Wednesday night as they fell 2-1 to Sporting KC. On a night that could have been franchise-altering for Jesse Marsch’s side, the Red Bulls instead had to watch on from afar as Sporting KC celebrated the club’s fourth major trophy under head coach Peter Vermes.

“The outcome is obviously heartbreaking, but the performance is what I think we’ll carry with us,” Marsch said. “In the moment, there’s no consolation prize. But the confidence that this group has, they way that they played and the way that they played for each other, this will continue to make us good.”

“As heartbreaking as this is, we will use this,” he added. “We’ll use this to build confidence because this is a tough place to play, this is a really good team, and we came here and we played it really, really well.”

The Red Bulls always knew that scoring first would be paramount and, when they didn’t, the game became that much harder. It was a goal highlighted by a lack of awareness, as Latif Blessing, one of the smallest players on the field, rose up for an uncontested header.

If Blessing’s goal was a gut punch, than Daniel Salloi’s was a knockout blow. The Red Bulls backline switched off as Salloi darted straight through the middle uncontested. By the time he received Benny Feilhaber’s pass at his feet, Ryan Meara was helpless as Sporting KC seized a 2-0 lead.

A late Bradley Wright-Phillips goal made it interesting, but, by then, the damage had been done.

“I think Blessing sneaks in on that first goal and puts a really good header on, and the second one I feel like we could have prevented if we were just a little more prepared in the moment,” said captain Sacha Kljestan. “You could tell they’ve been here before. As soon as they scored the first one, they slowed the game down a lot more. Before, when it was 0-0, they tried to speed the game up like we like to do, but they did a pretty good job of handling the lead when they got it. Obviously they have championship experience more than us.”

That lack of experience will continue on after Wednesday’s match. Yes, several young players stepped up. Players like Tyler Adams and Sean Davis played fairly well in a  major final, and that sort of experience will be helpful down the line.

But the club still hasn’t learned how to truly win the big game, as evidenced by over 20 years of setbacks much like Wednesday night.

Now, the task is bouncing back fast. The playoffs are approaching, and that includes another chance at a cup run. Currently in sixth place and in the midst of a winless skid, the Red Bulls still have work to do to actually make the postseason but, if they do, they’ll get a chance to redeem themselves a bit if they can make it through the gauntlet that is the Eastern Conference.

Until then, the team will have to grind out results and limit the mistakes that doomed them on Wednesday night.

“We’ve got a big game in Columbus,” said goalkeeper Ryan Meara. “We know the teams around us have been winning, Montreal won tonight and Atlanta won tonight, so I guess feel sorry for ourselves tonight, get up and dust ourselves off tomorrow and start looking forward to Saturday and Wednesday with D.C. United at home. The games are coming thick and fast and we’ve got to be ready for it.”

“You obviously know the history of the club, and we got so close, but you’ve got to feel bad for the fans,” Wright-Phillips added. “They all came up, and I was sure we were going to win this game. There was no doubt in my mind. You’ve got to feel for them. We’re here and we’re trying and we’re plugging away for them, so hopefully we can bring them something. We’ve got the rest of the season to go and we’ve got some important games coming up to get to the MLS Cup Final.”