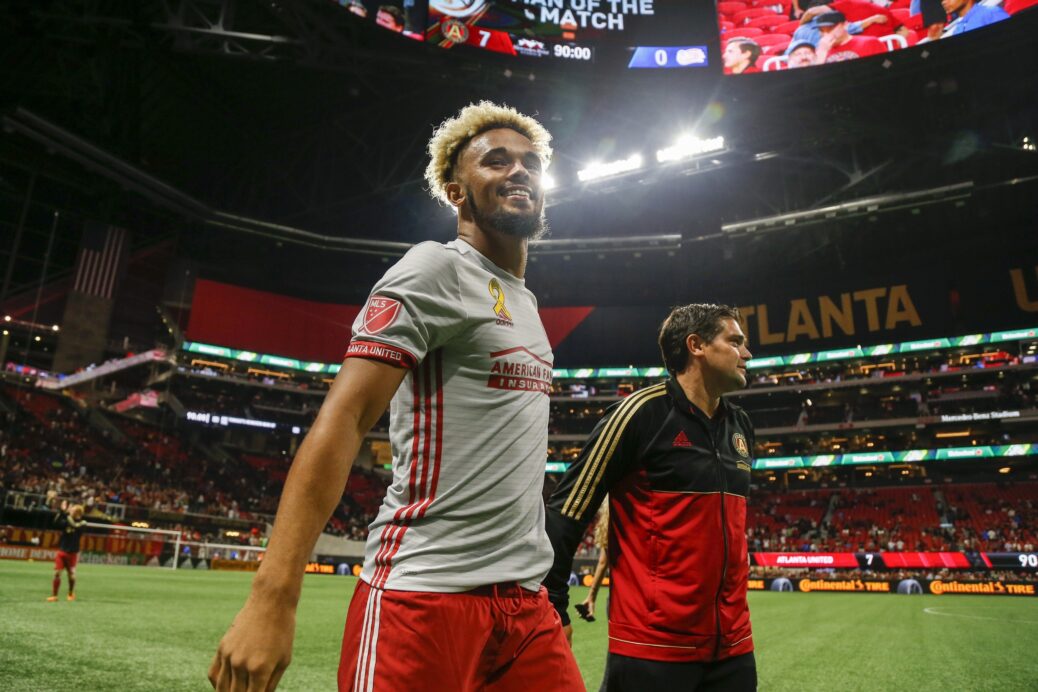 There’s no other way to describe it. Atlanta United’s 7-0 win over the New England Revolution was special and different in its own weird way.

Atlanta was up four goals and two men at halftime, and it only got better for the Five Stripes as they put three more past Cody Cropper. Gerardo Martino’s men became the first expansion side to score seven goals and they tied the MLS record for largest margin of victory.

On the flipside of the coin, the Revolution became the first team in MLS history to not record a shot in the game, and they were on the wrong end of two VAR decisions.

The victorious side felt something special inside the flashy new Mercedes-Benz Stadium early, even before the pair of red cards.

“Tonight was different,” Atlanta defender Michael Parkhurst said. “I have never experienced a game quite like this one. Even before the red cards, I thought we came out with good intensity with the right mentality and the right amount of energy. Two good performances — a good way — to start this home stand.”

Although just two games have been played inside the new stadium, the expansion side has had a home-field advantage no matter where its played in Atlanta, and that’s helped start the charge toward a playoff berth.

“We like playing in front of our fans,” Atlanta midfielder Jeff Larentowicz said. “If we were in Piedmont Park, I think that we would enjoy it. Whether it’s here or there or anywhere, it doesn’t matter. We love playing in front of them. The building of course is beautiful and we’ve done okay in the last two games but we can’t expect results like that every week but we can expect the fans to be like that every week which is special for us.”

“I think we’re doing things well,” Atlanta forward Josef Martinez said. “Obviously, today’s game got a little complicated with them going down two players but I think we’re playing really well at home. We’re making it hard for teams to play here and we need to continue on this path and we’re going to do important things.”

But Martino, being the experienced manager that he is, took the seven-goal thrashing with a grain of salt.

“It’s different. The other day, we played 11 on 11,” Martino said. “Today, after the second goal, we played against a team of 10 players and after the third goal, a team with nine players. I don’t think it’s fair to make an analysis of that.

“Forgive me for sounding boring but I am going to repeat that we played a large part of the game up two players,” Martino added. “I do want to say that I respect how our team played after that but that had a big impact.”

And to be honest, Wednesday was just a continuation of a homestand that at its end could put Atlanta in a secure position to clinch a playoff berth, but every game must be approached with the same intensity.

There’s no more intense game for Atlanta than its rivalry with Orlando City, with the third installment coming on Saturday. And as much fun as the team had reflecting on Wednesday’s win, the focus has already shifted to the Lions.

“Obviously, it’s a different game, so we have to have that mindset,” Martinez said. “It’s also a rivalry game for us. So, I’ll be ready but not only do the players have to be 100 percent but we want the fans to be 100 percent.”