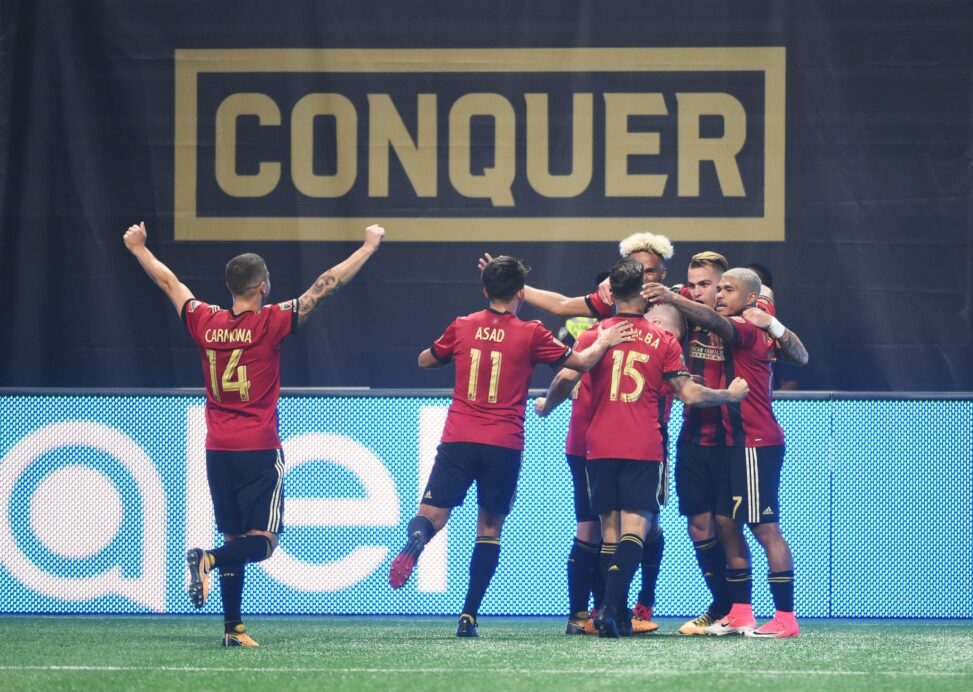 When a team plays at a new stadium, there definitely could be some jitters in its performance. Getting used to the conditions and atmosphere can take some time and may lead to some struggles before success.

That wasn’t the case for Atlanta United, which opened play at the Mercedes-Benz Stadium by rolling past FC Dallas, 3-0, on Sunday.

Leandro Gonzalez Pirez scored the team’s first goal in its new home, while the hosts added two goals as insurance in the second half.

The Argentinian scored his first goal of the season, scoring from a right-footed effort inside of the six-yard box. Gonzalez Pirez finished nicely after a headed assist from Hector Villalba.

Villalba came close to extended the lead quickly after seeing a pair of efforts saved by Jesse Gonzalez. Miguel Almiron was kept out in the 28th minute, before Josef Martinez was next to be saved by the 22-year-old keeper.

Yamil Asad’s long-range strike in the 42nd minute rattled the bar, which was the last bit of action in the first half. Martinez doubled Atlanta’s lead a minute into the second half, finishing Almiron’s assist to the bottom right corner.

Kellyn Acosta and Maxi Urruti had the best chances for FC Dallas to get back into the match, but were kept out by Brad Guzan. Greg Garza closed the door on any comeback, scoring from close range in the 68th minute. It was Garza’s second goal of the year, and his first since June 3rd.

At the final whistle, Atlanta United tasted victory for the first time since July 21st. Dallas saw their winless run extended to eight matches, failing to score for the fourth time during that span.

Gonzalez made nine saves, while Guzan made two in the clean sheet. Atlanta United (11-8-6) remains in sixth place in the Eastern Conference and continues its homestand on Wednesday against New England.

Gonzalez Pirez earned man of the match honors, scoring the match winner in Sunday’s victory. The 25-year-old also made two successful interceptions defensively, and seemed like a vocal leader for Atlanta’s back-line.

Following the halftime break, many wondered if FC Dallas would get back into the match. Josef Martinez had other ideas, extending the hosts lead to 2-0. It really took the energy out of the visitors, who would later concede a third in the 60th minute.

After back-to-back successful campaigns with Dallas, midfielder Mauro Diaz has found it tough to replicate that success. The 26-year-old has only one goal this season, and that trend continued on Sunday. Diaz lost possession 16 times, and failed to record a shot.