Atlanta United trounces Galaxy to climb into fourth in East 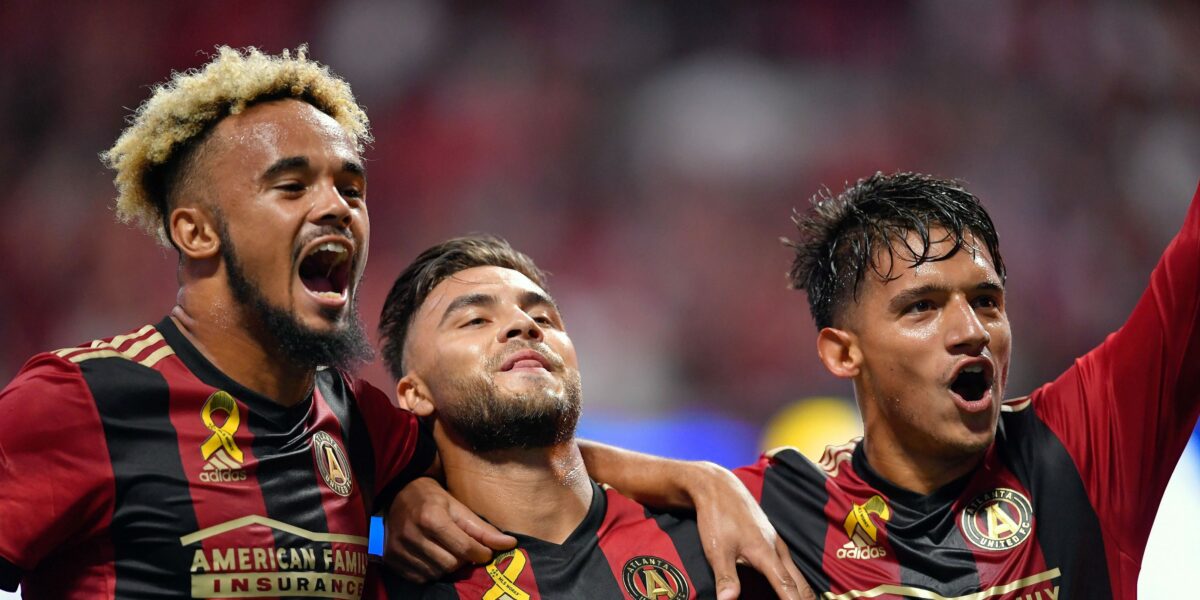 The brand new Mercedes Benz Stadium in Atlanta is a beautiful building, looking worth every bit of the $1.5 billion Arthur Blank spent to build it. Atlanta United fans have come to love the place, but opponents are finding it to be a house of horrors.

The LA Galaxy became the latest team to be overwhelmed in Atlanta, with three early goals in a seven-minute span stunning the visitors and setting the tone for an eventual 4-0 Atlanta United victory on Wednesday night.

Yamil Asad was the star of the show, scoring a pair of goals, and helping set up the other two to help give Atlanta United a victory that pushed the expansion side into fourth place in the Eastern Conference, ahead of the Columbus Crew.

The Galaxy actually produced the first great chance of the night, with Gio Dos Santos forcing a diving save from Brad Guzan in the sixth minute. That was one of the few bright spots for the Galaxy before things turned ugly in a hurry.

Josef Martinez opened the scoring in the 13th minute when he finished off an Asad cross from close range for his eighth goal in four matches.

Asad made it 2-0 just three minutes later when a blocked Miguel Almiron shot fell to his feet from about 10 yards out. His quick reaction allowed him to beat LA goalkeeper Jon Kempin with ease.

Asad made it 3-0 in the 20th minute when he capped a beautiful passing sequence for a simple finish. Almiron laid off a perfect pass to Hector Villalba, who slipped the ball across to a wide-open Asad for the finish.

Things went from bad to worse for the Galaxy in the 39th minute when Jermaine Jones was sent off for kicking out at Hector Villalba after being taken out by a studs-up challenge from Villalba. The challenge took out Jones, but not before his left foot found Villalba’s back. Referee Ricardo Salazar deemed the move intentional and issued the red card.

The final goal of the night came in the 43rd minute when an errant pass from Jonathan Dos Santos sparked an Atlanta United counterattack, with Asad springing Almiron with a long pass before Almiron chipped an on-rushing Kempin from the top of the penalty area.

Atlanta United will look to make it four wins in five matches with a win against Montreal on Sunday. The Galaxy will try to rebound with a visit to Sporting Kansas City, a team that hasn’t lost at home all season.

Yamil Asad had a hand in all four Atlanta United goals for arguably his best match of the season.

Galaxy central defenders Michael Ciani and David Romney were left chasing shadows all night, looking completely overmatched for much of the night.