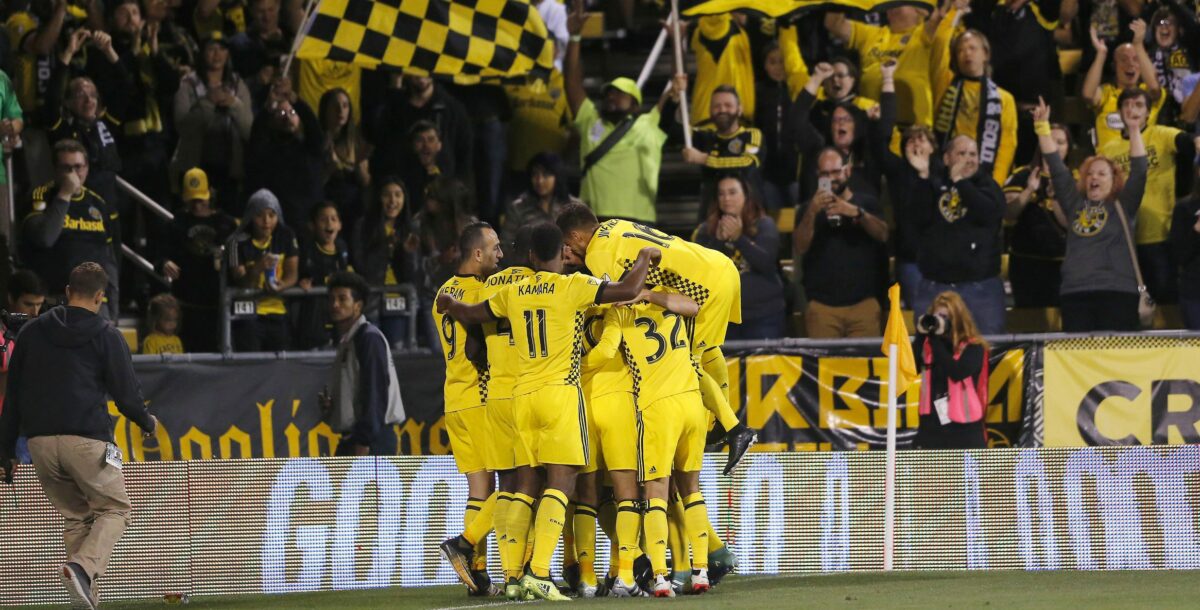 After a year away from the postseason, the Columbus Crew are headed back to the MLS Cup Playoffs.

The Crew took care of D.C. United by a comfortable 2-0 score line in their home finale at MAPFRE Stadium on Saturday night to seal their spot in the MLS postseason party. It was also the club’s 12th home win of the season, which is a franchise record.

The Crew drew first blood on a 14th minute corner swung in by Federico Higuain. Defender Josh Williams was left unmarked on the set piece and dropped a clean header inside the far post to give the hosts the lead.

They thought they had a second for the first half in the 28th minute thanks to an attractive three pass move between Higuain, Ola Kamara, and Pedro Santos, but Kamara was plenty off side for the initial pass.

D.C. had a solid chance of their own in the closing minutes of the half. Deshorn Brown had an open header from about eight yards out, but he put the attempt harmlessly wide of the target.

The Crew were able to see out the match rather comfortably from there as D.C. United hardly threatened to score.

With the win, the Crew clinch their spot in the playoffs with two matches to spare. They currently sit in fifth place with 50 points. They will travel to face Orlando City SC on October 15 after the international break.

D.C. United continue to play out the string in last place in the Eastern Conference. They, too, have a pair of games remaining, starting with a trip to Providence Park to play the Timbers after in two weeks.

Justin Meram put an impressive nail in D.C. United’s coffin with a fantastic goal to make it 2-0 to the home team.

The opening goal from Josh Williams was his second in as many games after going four years without scoring. It set the tone early for this Crew victory.

Deshorn Brown missed a pair of excellent chances that would have really changed the complexion of this matc. He would love to have them back.