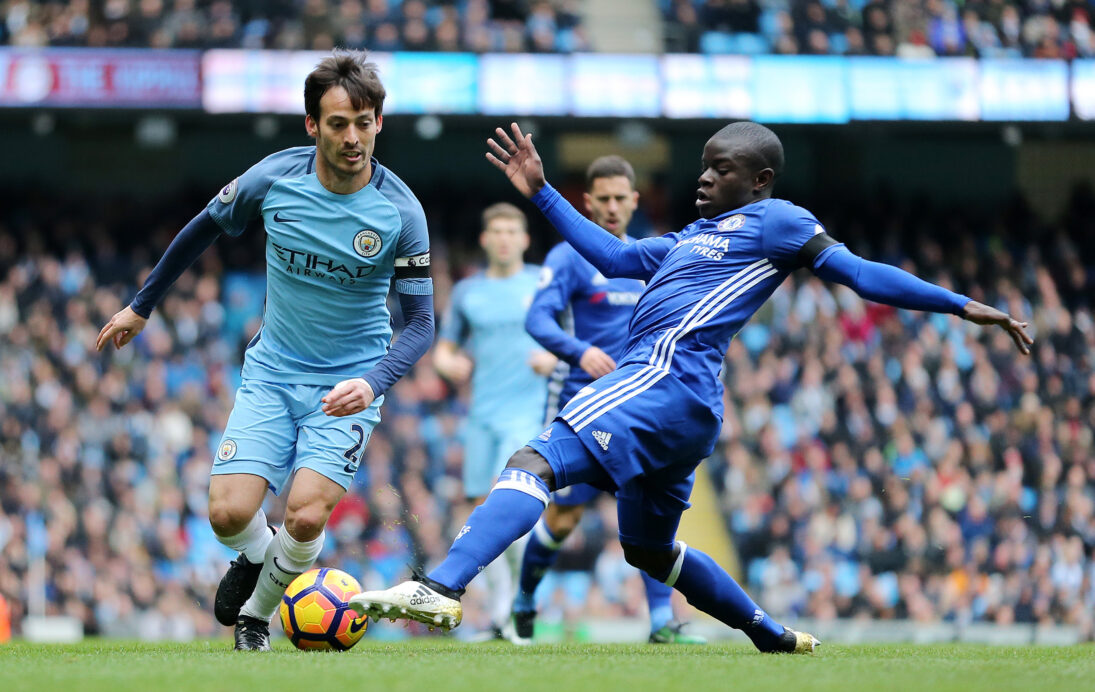 Coming into this season, many media outlets picked Chelsea and Manchester City to be in the fight for the Premier League title. Both teams are in the top three so far, and only three points apart in the standings. The first of two league meetings takes place this weekend with Chelsea hosting Man City at Stamford Bridge.

Chelsea swept the season series a year ago on their way to the league crown. Alvaro Morata is in fine form for Chelsea, with seven goals in seven matches in all competitions.

Man City are unbeaten this season, and have 21 goals scored. Sergio Aguero leads the team with six goals, while Raheem Sterling has five. This match could very well be the highest scoring affair in the EPL this weekend.

The final game of this weekend comes from St. James Park as Newcastle United host Liverpool. Newcastle fell 1-0 at Brighton last weekend, which snapped a three-match winning run in the league. Defender Jamaal Lascelles leads the team with two goals, while Matt Ritchie has four assists. Liverpool only won one league game in September, and will hope October is better. Mohamed Salah has been huge for Jurgen Klopp’s side so far this season, scoring four goals and adding an assist.

Barcelona return to the Camp Nou after a slim victory over Sporting Libson in the Champions League. The Catalan side remain unbeaten in both competitions, and hosts Las Palmas this weekend. Lionel Messi has scored nine goals in league play this season, and is showing no signs of stopping. Las Palmas have lost their last two league fixtures and failed to score in either. Former West Ham striker Jonathan Calleri has two goals for the team this season.

Real Madrid also return home this weekend, facing off with Espanyol at the Santiago Bernabeu on Sunday. Cristiano Ronaldo is coming off a two-goal performance in the Champions League this week and will be chomping at the bit to get after his opponents. Winger Gareth Bale also scored midweek and has three goals this season. Espanyol are unbeaten in their last three matches, winning two of them. Striker Gerard Moreno leads the team with three goals, including a brace last weekend.

Borussia Dortmund will look to get back to form after a midweek UCL defeat at the hands of Real Madrid.

Peter Bosz’s side travels to Augsburg on Saturday, looking to remain atop the Bundesliga table. Pierre-Emerick Aubameyang leads the team with eight league goals, while Maximilian Philipp has four. Augsburg are unbeaten this month, winning three of their four matches. Icelandic international Alfred Finnbogason leads the team with four goals, while defensively Augsburg have allowed the third fewest amount of goals so far.

After failing to win in their last two matches, Bayern Munich will need to get it together this weekend against Hertha Berlin. Carlo Ancelotti was sacked on Thursday, following a 3-0 UCL defeat against PSG. Bayern sit third in the league table. Robert Lewandowski leads the team with seven goals this season, and has easily been Bayern’s best player so far. Berlin held Bayern in a 1-1 draw in this fixture a year ago, and will hope to frustrate the visitors once again.

Sunday sees a pair of tasty matches coming from Italy’s top flight. The first comes from Milan as AC Milan faces off with Roma. AC Milan fell 2-0 at Sampdoria last weekend, and were held scoreless for the first time this season. Four Milan players are tied for the team lead in goals, with strikers Patrick Cutrone and Nikola Kalinic leading the way with two apiece. Roma’s only loss this season came on Aug. 26th versus Inter Milan and the visitors won both meetings a year ago. Bosnian striker Edin Dzeko leads the team with six goals in league play, while Italian forward Stephan El Shaarawy has two.

The late fixture comes from Bergamo as Atalanta face off with Juventus. The hosts were unbeaten in September, winning two and tying two in league play. The hosts held Juventus to a 2-2 draw last season at the Atleti Azzurri d’Italia. Alejandro Gomez leads Atalanta with three goals and two assists and will be key to hold possession. Juventus remain perfect in league play thanks to the superb play of striker Paulo Dybala. The Argentine has 10 goals in league play so far, and is a pest for opposing defenses. The ‘X-Factor’ will be Miralem Pjanic who has five assists for the Old Lady this season.

The premier match to check out this weekend in France takes place on Sunday from the Allianz Riviera. Nice welcome Marseille to town, looking to replicate their form from September. After struggling in August, Nice won four of their five fixtures in September across all competitions. They will look to leading scorer Mario Balotelli who has four goals this season. Marseille are unbeaten in their last two league fixtures, and will look to counter Nice with Clinton N’Jie who has five tallies.

After a huge 3-0 victory over Bayern Munich in the Champions League, PSG return to domestic action this weekend against Bordeaux. Unai Emery’s side has the deadly trio of Edinson Cavani, Kylian Mbappe, and Neymar leading the way who have a combined 12 goals and seven assists in league play so far. Bordeaux only defeat this season came in a Europa League playoff back on Aug. 3. Brazilian midfielder Malcom leads the team with three goals and four assists so far this season and is a creative playmaker.