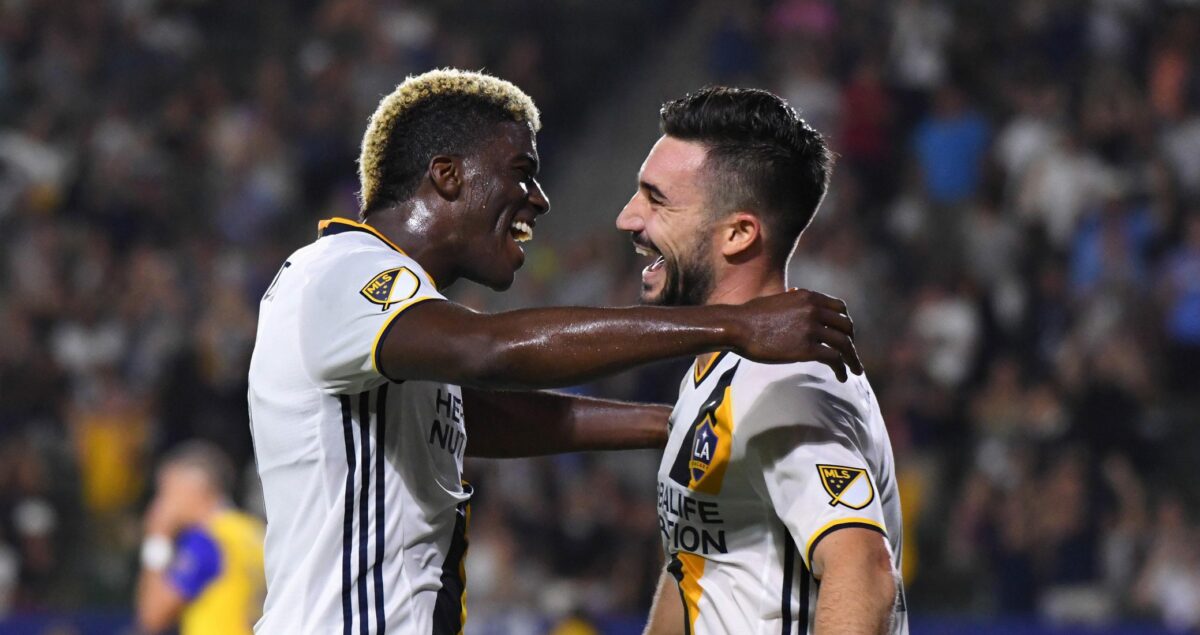 The LA Galaxy were in desperate need of a win after more than two months without one and it took a visit of the last team they beat to halt the slide.

Romain Alessandrini and Gyasi Zardes delivered a goal and assist apiece to lead the Galaxy to a 3-0 victory over the Colorado Rapids at StubHub Center on Saturday.

The Galaxy opened the scoring in the 18th minute after Zac MacMath brought down Gyasi Zardes in the penalty area, setting up a spot kick that Alessandrini converted.

Ema Boateng made the score 2-0 just five minutes later when he latched onto a headed ball from Gyasi Zardes in front of goal and lashed a low 12-yard shot past MacMath.

Alessandrini helped make the score 3-0 in the 56th minute when he dribbled down the left flank and into the penalty area before sending a driven cross toward the front of goal that Zardes redirected into the net.

Gyasi Zardes broke out with his best match of the season, having a hand in all three goals on the night.

Zac MacMath’s foul on Zardes to set up the opening Galaxy goal was clumsy and costly,