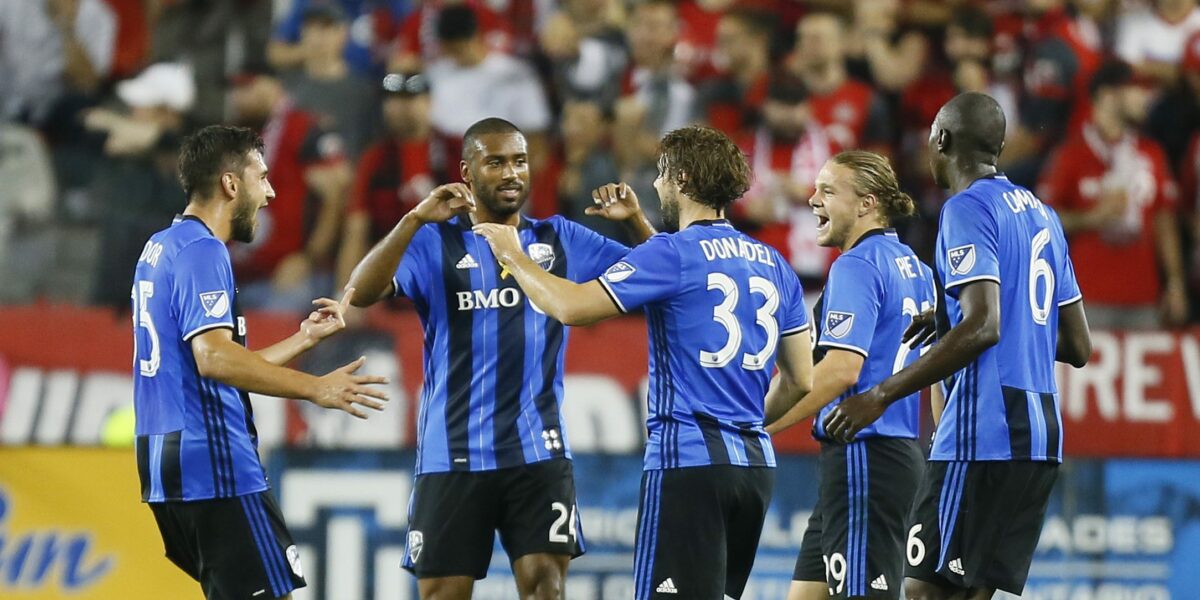 It didn’t take long for the Montreal Impact to assert their dominance against the league’s best team, and the result is one that keeps them in the playoff hunt for another day.

Ignacio Piatto and Anthony Jackson-Hamel provided two goals apiece, leading the way in the Montreal Impact’s 5-3 win over Toroto FC on Wednesday. The win keeps the Impact in the playoff chase for the time being while the loss is TFC’s first at home and first overall since July 1.

Piatti opened the scoring just 10 minutes in to upset the balance at BMO Field before Marco Donadel added a second two minutes later to seize an early multi-goal lead. Piatti’s 24th minute goal pushed that lead to three while putting TFC in a massive hole.

They began to climb out of that hole in the 42nd minute on a Diean Boldor own goal, but Jackson-Hamel appeared to slam the door shot by firing a brace with goals in the 47th and 51st minute. A pair of Tosaint Ricketts goals in the 77th and 79th minutes were cause for a little late drama, but the Impact held on to seal the 5-3 win.

Following the win, the Impact look ahead to Sunday’s visit to Atlanta United while TFC faces the New England Revolution one day prior.

With two goals and an assist, Ignacio Piatti was once again the Impact’s driving force, leading the team to a much-needed win.

Anthony Jackson-Hamel’s rapidfire brace between the 47th and 51st minute put Toronto FC too far behind to mount a true comeback.

Eriq Zavaleta was yanked after just 30 minutes, but he was far from the only TFC defender who let themselves down on Wednesday.