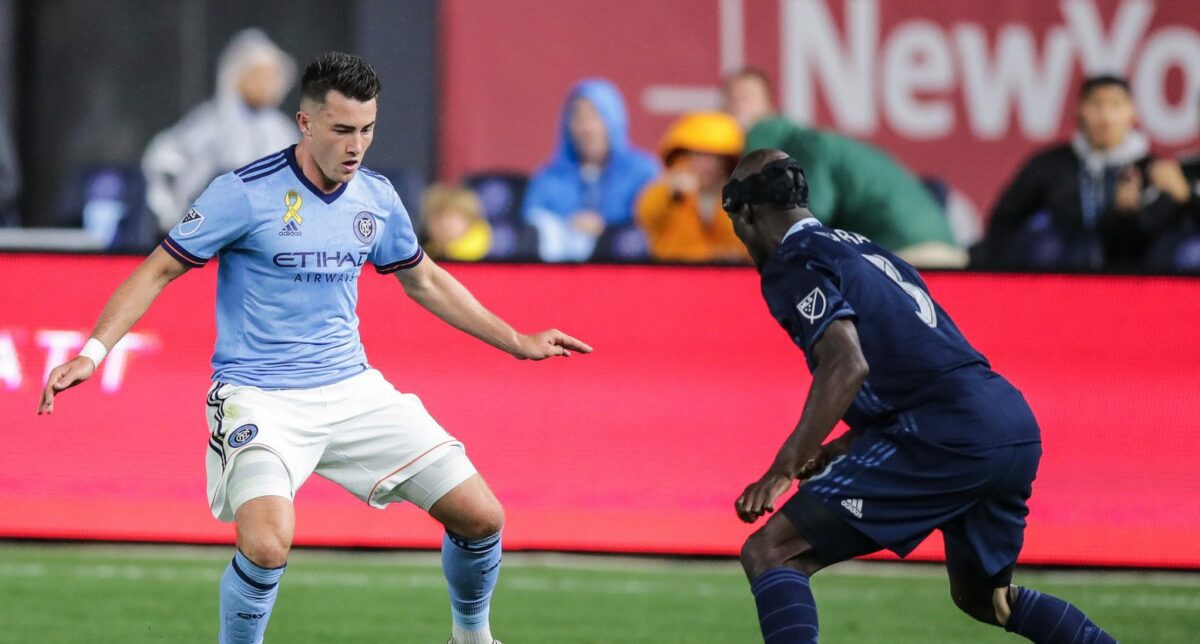 Although the club’s biggest name was out of action, one of NYCFC’s young stars helped lead them to a major home victory over a playoff contender.

Jack Harrison fired a late bouncing strike past Tim Melia, leading NYCFC to a 1-0 win over Sporting KC on Wednesday night in the lone midweek MLS match. Harrison’s goal lifted the club to its 10th consecutive result on home soil while also closing the gap on East leaders Toronto FC.

Harrison’s winner came in the 84th minute on a cross in from RJ Allen. After the ball bounced in the box, Harrison chested the cross down to his feet and fired a left-footed shot to the far post. The screened Melia couldn’t quite get to it, and NYCFC emerged with a 1-0 win.

It was a deserved 1-0 win from an NYCFC team that created despite the absence of David Villa. They actually were their own worst enemy at points, though, with Khiry Shelton accidentally clearing a Sean Ugo Okoli deflection off the line in the second half to keep the scoreline level.

As a result of the loss, Sporting KC drops back to the pack out West by dropping points in one of their games in hand. Now, the club looks ahead to this weekend’s visit to the Columbus Crew while NYCFC host the Portland Timbers next time out.

Jack Harrison stepped up when it needed to be done, proving to be NYCFC’s best creator in David Villa’s absence

RJ Allen’s cross picked out Harrison on the backpost, and the combination of rainy conditions, a screen and Harrison’s pinpoint finish made it impossible for Tim Melia to prevent the game-winner.

Seth Sinovic had several turnovers throughout his 68 minutes on the field and, although Sporting KC wasn’t punished for them, the fullback’s play saw him substituted heading into the game’s waning moments.