Ryan Meara ready to step up for Red Bulls ahead of U.S. Open Cup final 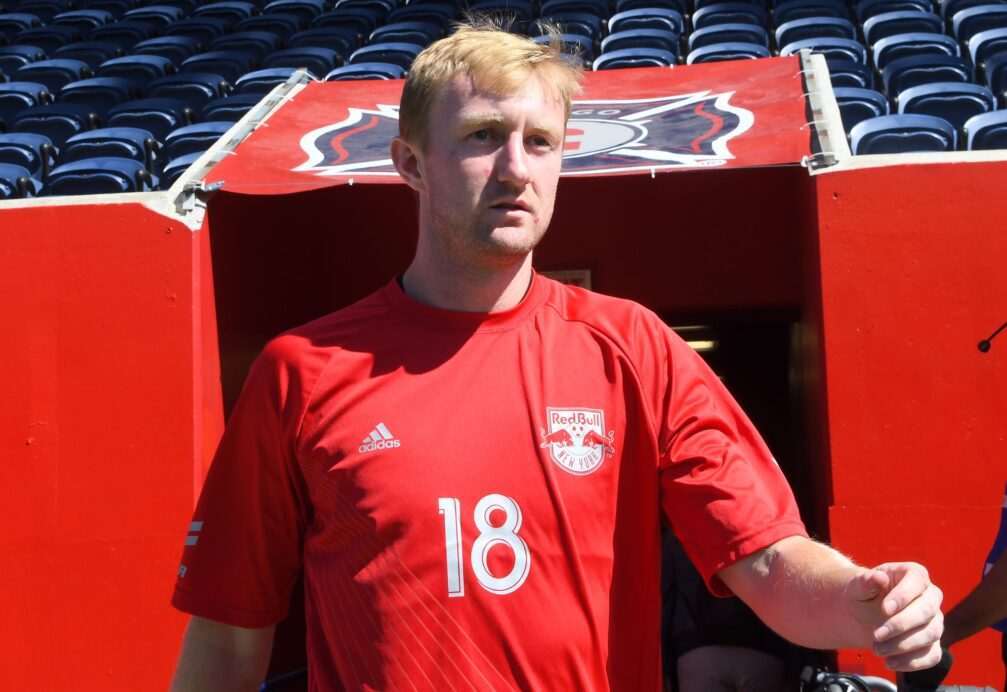 Ryan Meara’s start in the U.S. Open Cup final for the New York Red Bulls brings great joy to a player who has seemingly been a victim of circumstance throughout his career.

With regular starter Luis Robles available, some viewed the selection as controversial. As Jesse Marsch lamented, it was not an easy choice.

“It was the type of decision that I felt like I couldn’t get it wrong because we have two such great goalkeepers,” said Marsch after practice Monday. “But I also knew that I couldn’t get it right. I knew whoever I was telling it, it was going to be very disappointing. That doesn’t feel good.”

“In the end, it was a decision based on the fact that Ryan has earned it through how he has played in this tournament, and how he’s handled himself in the two years, and we felt like this was his tournament to play.”

Meara has been the go to goalkeeper for the Open Cup in 2017. His performances have justified his continued selection with clean sheets against rivals New York City FC and the New England Revolution. Meara also won a penalty shootout against the Philadelphia Union, saving a Fafa Picault penalty for the win.

The size of the occasion has not been lost on the fifth year man.

“Oh man, I was thrilled. Any time you get a chance to play for a trophy, it’s massive for you as a player, and it doesn’t come around that often,” said Meara at the Red Bulls training facility on Tuesday. “You’ve got to cherish it, and try to grab it with two hands and win it. At the end of the day, you’ve got to win it”

Meara signed with the Red Bulls in 2012 as the 31st pick in the 2012 MLS SuperDraft from Fordham University. His rookie season was both remarkable and tragic. Meara established himself as a first choice goalkeeper heading into the season, starting 18 games and going 9-5-4 with a goals against average of 1.5.

Meara’s season came to an abrupt end with a hip injury suffered during a match against the New England Revolution. Initially Bill Gaudette became the starter. The Red Bulls added another keeper for depth to help fill the gap during Meara’s lengthy recovery. That goalkeeper? Luis Robles.

As Robles locked down the starting role for the Red Bulls, Meara rarely saw the field and was loaned out to New York City FC for their inaugural season in 2015. He struggled for playing time on the East side of the Hudson, earning a single start in a disastrous game against the Chicago Fire.

Meara’s career seemed to be trending towards oblivion, even as recent as before the 2016 season. Instead, he became the everyday starter for the New York Red Bulls II in USL. That team went onto a historic season defensively, largely due to the efforts of Meara, including winning back to back penalty shootouts during the USL playoffs.

The Red Bulls are hoping that playoff experience pays dividends for the Open Cup dreams. Their opponents, Sporting Kansas City are a notoriously difficult team to defeat at home, and their 2017 defensive form has been nothing short of spectacular.

If The Red Bulls can win the Open Cup, it can give them a massive boost for the remainder of the season, especially when it comes to the playoffs. The Red Bulls have traditionally struggled in cup competitions of all kinds, and the value of winning a knockout game on the road against one of the best home teams in MLS would be immeasurable.