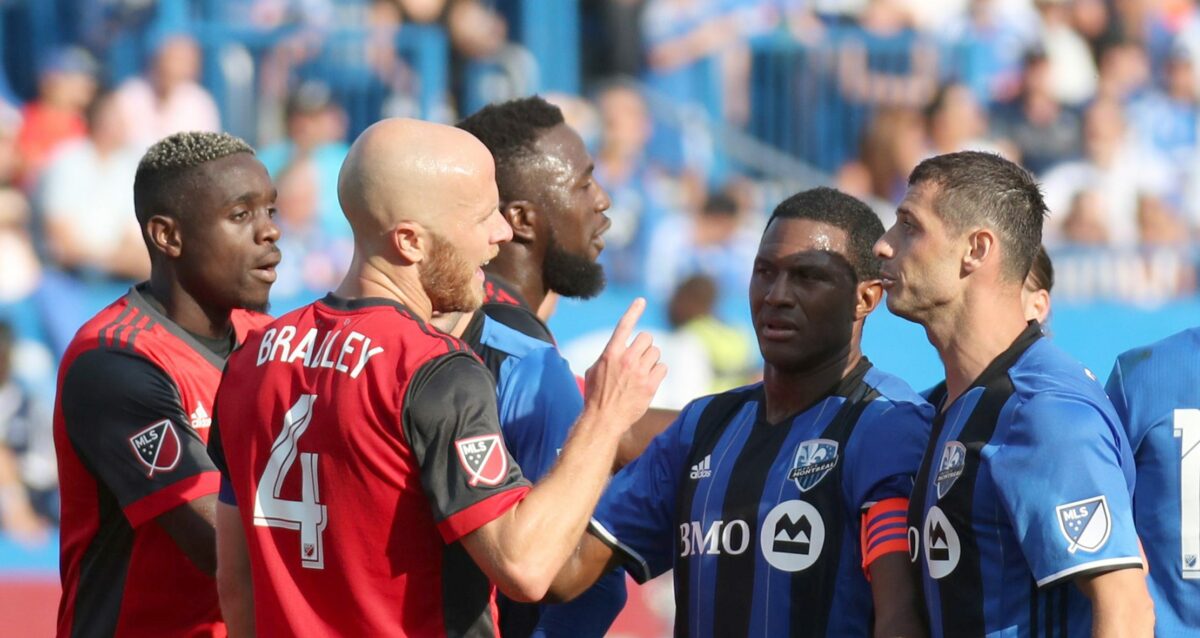 There may only be two midweek games on the schedule this midweek in Major League Soccer, but those matches should bring plenty of excitement due to the playoff implications.

Atlanta United continues their lengthy homestand at the Mercedes-Benz Stadium, looking for a full 90 minute performance against the lowly LA Galaxy.

Elsewhere, a 401 Derby will take place at BMO Field as Toronto FC hosts the Montreal Impact. TFC comfortably sits in the top spot in the Eastern Conference, while the Impact are on the outside looking in.

Atlanta United is in fifth place in the East, holding a one-point lead on the sixth-place New York Red Bulls.

Tata Martino’s side is unbeaten in their last four matches, with two wins and two draws in that span. An entertaining 3-3 draw against Orlando City on Saturday saw Josef Martinez rattle off his second hat-trick in a row and his third of the season. However, it was a step back following lopsided wins over FC Dallas and the New England Revolution.

The Galaxy sit in 10th in the West, and have had a dismal season to say the least. Following a 3-0 win to start September, Sigi Schmid’s team is winless in the last two. Their road form is second-best in the West, which is probably the only bit of good news for a team well out of the playoff picture.

Wednesday’s 401 Derby will be the second of three in MLS this season, with TFC looking to claim their second consecutive win.

The hosts have won their last six league matches, allowing only three goals in that span. Their last defeat came on July 1, and it doesn’t look like their next one will come anytime soon. Jozy Altidore and Sebastian Giovinco each are in double figures this season for goals, while Victor Vazquez has 10 assists to go along with his seven finishes of his own.

The Impact need a win badly in their fight for an Eastern Conference playoff spot. Mauro Biello’s side is in seventh place, six points out of the playoff picture. Wednesday’s rivalry match begins a tough next stretch of matches for the Impact, with a match against Atlanta looming on Sunday. Ignacio Piatti (15 goals) will be the guy that Biello relies on for any chance of winning on Wednesday.