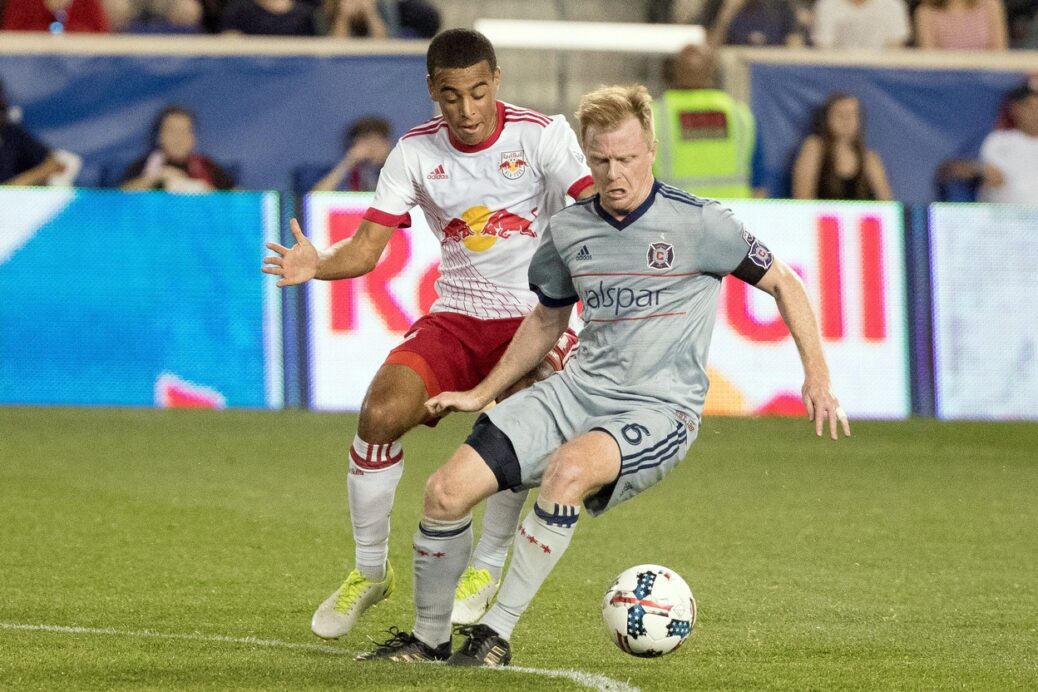 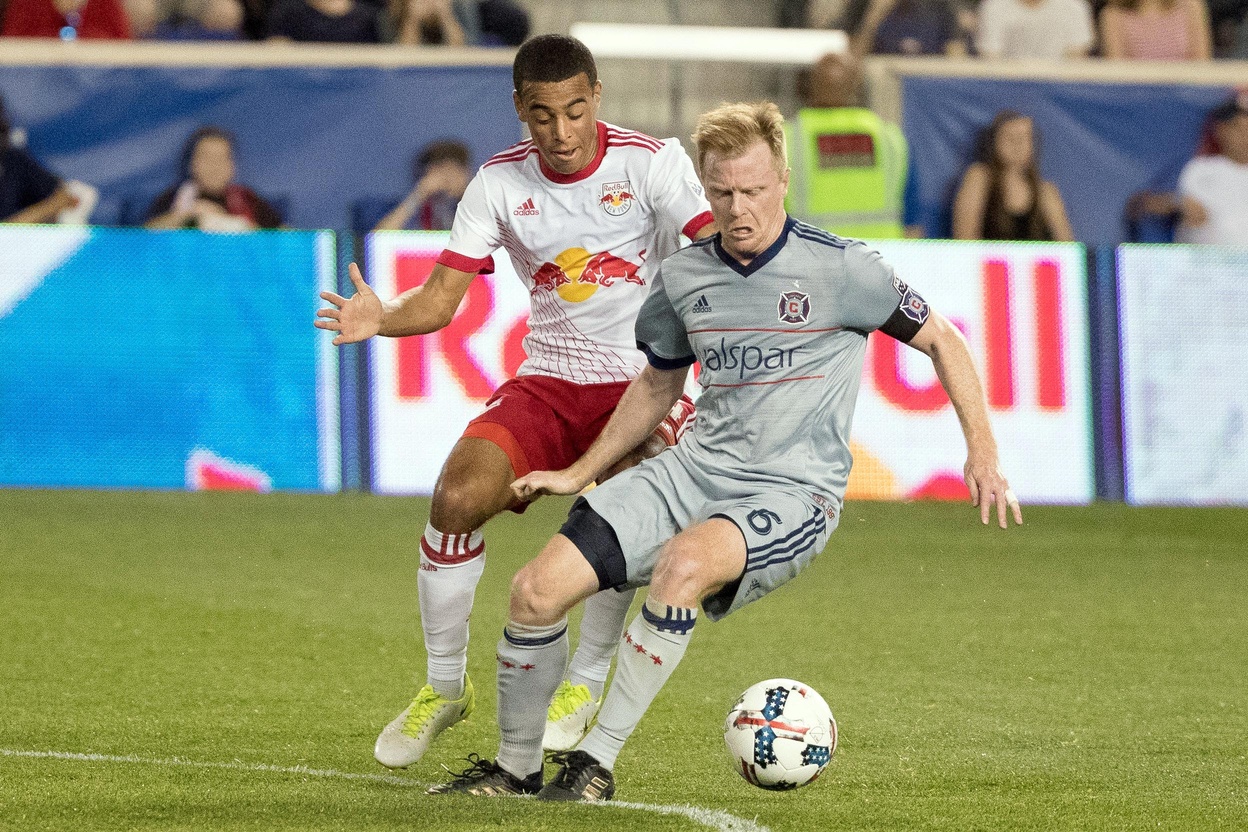 After spending the last week panicking about the U.S. Men’s National Team’s World Cup hopes, fans of the beautiful game in North America get to return to MLS with a full slate of contests.

Most of the focus will be on the Eastern Conference, where two vital clashes highlight Saturday’s action and Atlanta United’s stadium opener stands out on the three-game Sunday slate.

Here’s a look at each of the games being played this weekend in MLS.

The weekend starts with a bang as the Red Bulls and Fire square off in a battle of top-six teams in the Eastern Conference. The Red Bulls have had a hold on this matchup recently, including a 2-1 win at Red Bull Arena on April 29.

The Fire finally got back to winning ways last weekend, but they need to earn another result at home on Saturday to keep themselves in pole position to host a knockout-round game in the playoffs.

The San Jose Earthquakes are one of the few Western Conference teams that have had success against Toronto FC in the past with three wins in the last five meetings. However, this is a different Reds squad they are facing. If the Quakes are to leave BMO Field with a point, look for summer acquisition Vako to be the difference maker.

Toronto FC’s quest toward clinching the Supporters’ Shield is expected to take another step on Saturday barring any setbacks. Jozy Altidore is fresh after missing Tuesday’s USMNT game due to suspension. A win would be the fifth in a row for the Reds, and it would extend their unbeaten run to 10 games.

One of the most intriguing matches of the weekend comes from an early evening clash at Yankee Stadium. The Portland Timbers have lost two games since the start of July and they’re challenging rival Seattle for the top spot in the Western Conference.

New York City FC are in the same situation, as they are chasing Toronto FC from second place in the Eastern Conference. However, their gap is larger at six points. Patrick Vieira’s men come into Saturday with a 10-game unbeaten run at Yankee Stadium.

It’s becoming increasingly likely Orlando City missed out on the playoffs for the third consecutive season. The wildly inconsistent Lions are now 10th in the Eastern Conference and it doesn’t seem like the Dom Dwyer trade was the spark they needed to boost into the top six.

D.C. United has a chance to spring out of the Eastern Conference basement if they win and overturn a difference of six in goal differential, which is possible given the recent form of both teams. The home team has won the last five games in this series.

This is the match with the most importance on Saturday. Both the Impact and the Res will be trying to earn the maximum number of points while Atlanta embarks on its eight-game slate over a span of 24 days. The Impact aren’t in terrible shape right now, and a win on the road could silence the Revolution’s annual late run of form.

On the other hand, the Revs could add more intrigue the race for sixth in the East with their 10th home win of the campaign. Jay Heaps’ men play Montreal and Atlanta twice so they have the potential to control their own destiny if things go their way.

The Philadelphia Union still think they can make a push for the playoffs, but there’s too much inconsistency, especially on the road to consider them a threat at this moment. Jim Curtin’s men will try to improve on their 1-8-4 road record without the suspended Josh Yaro and Alejandro Bedoya.

Minnesota United are locked in the battle to stay out of the Western Conference cellar with the Rapids and Galaxy. The Loons have improved in quality in recent weeks, but the results still need to come in constant fashion. The Loons only have 11 points since the start of June.

This time last year we were marveling in the unlikely good fortune of the Colorado Rapids. Now, they are the worst team in MLS and have an interim manager in charge. The Rapids haven’t won since July 1 and carry a four-game losing streak into BBVA Compass Stadium.

There’s no doubt the Houston Dynamo will play with a bit more inspiration than usual with Saturday being their first home game since the Hurricane Harvey disaster struck the Houston area. In terms of the soccer, Alberth Elis and Romell Quioto are coming off strong games for Honduras against the USMNT on Tuesday and should wreak havoc against the Rapids back line.

Saturday’s nightcap carries more intrigue than some people may think when it comes to the Western Conference playoff race. Real Salt Lake is lurking around the red line in eighth place, two points back of sixth-place FC Dallas. The Claret and Cobalt also have the second-best road record in the West at 4-9-1.

The Whitecaps are as comfortable as a team can be right now in the West in fourth place with 38 points. But the Whitecaps aren’t in fourth because of their home record (6-3-3). They need to improve on that in order to secure one of the six playoff berths.

It’s a shame Sunday’s clash at Mapfre Stadium is being played at the same time as NFL opening weekend because this might be the best matchup of the weekend. Sporting Kansas City will face one of their tougher recent tests against the Crew’s resurgent attack. The best defensive team in MLS has conceded only 20 times in 2017.

The Crew have put themselves in prime position to avoid the mess below them in the race for sixth in the East with their recent surge, but that doesn’t mean they should be content with any result right now. Gregg Berhalter’s men have to continue to earn the maximum points, especially with the fewest games remaining of any MLS team.

FC Dallas will be Atlanta United’s inaugural opponent at Mercedes-Benz Stadium, but they won’t care much for the pomp and circumstance in the Southeast on Sunday. Oscar Pareja’s men need a result in the worst way as they’re on a seven-game winless run.

After an unexpected delay, Atlanta is finally ready to come home, but it comes with a price as it’ll play one of the most grueling stretches in MLS history in September and October. The playoff push is most certainly on, but they’ll have to rely on their depth to get them through.

Once the glamour matchup of MLS, the LA Galaxy’s trip to Seattle is essentially a worst against first game on Sunday night. The Galaxy have lost nine of their last 11 games, and even with Sigi Schmid returning to Seattle, they might not have enough motivation to get past the Sounders.