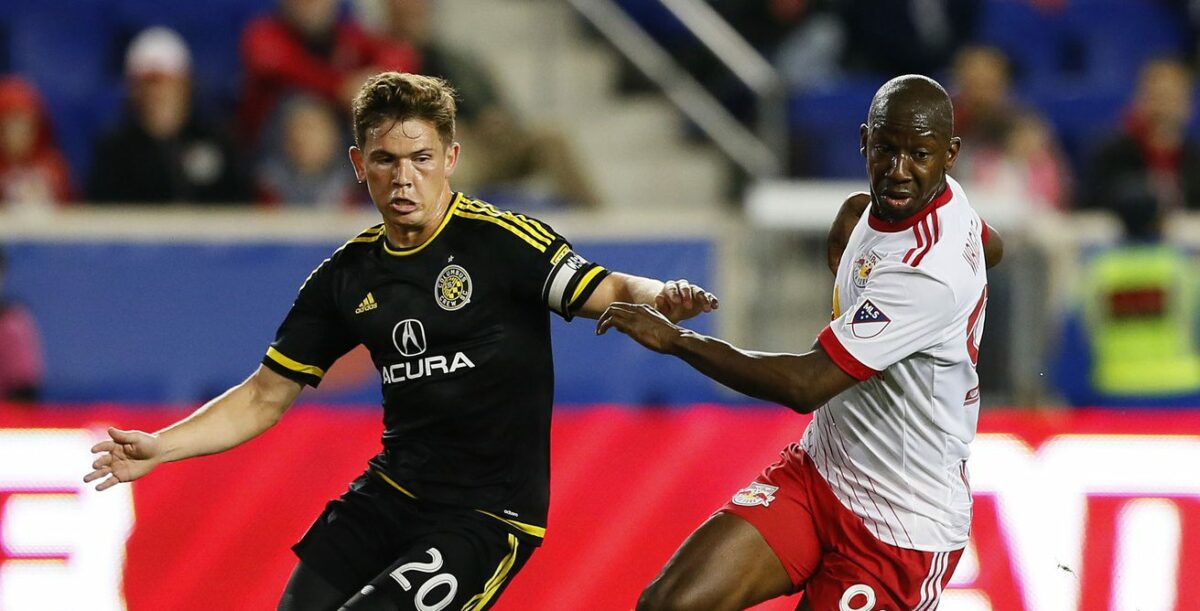 With one month left in the MLS regular season, all the focus has shifted toward the races in the Eastern and Western Conference for postseason position.

The East may be less chaotic than the West, but the most meaningful games in terms of playoff seeding occur in the East this weekend.

The West has plenty of intriguing matchups in future weeks, but there’s only one match between teams in the top eight this weekend, albeit an important one in Utah.

Here’s a complete look at the MLS weekend schedule.

The most unique venue of the weekend is Hartford, Connecticut, where New York City FC will host the Houston Dynamo after a New York Yankees rescheduled game forced NYCFC out of Yankee Stadium.

The field dimensions at Yankee Stadium would’ve helped NYCFC contain the dynamic Dynamo attack, but a wider field might not help the Dynamo much as they enter with a 1-9-5 road mark, the worst of any team still in the playoff hunt.

Toronto FC wouldn’t mind if the postseason started tomorrow. The Reds are about to lock up the Supporters’ Shield and are already resting some of their veterans. Greg Vanney’s team will enter Gillette Stadium with more motivation than usual after losing at home to Montreal on Wednesday.

Oh, what a last two weeks it’s been for the Revolution. After stringing together two straight wins and getting back in the playoff picture, they laid an egg in Atlanta and another in Kansas City and Jay Heaps was fired. How the Revs respond to the firing will be one of the more interesting things to watch this weekend.

The San Jose Earthquakes have taken advantage of the poor form of others in the West by winning four of their last eight games and jumping into the top six. Earning a point on a cross-country road trip is tough, but if the task is accomplished, the Quakes will keep themselves in good position.

As we’ve noted before, D.C. United is playing for 2018 and trying to play the role of spoiler at some point. The Black and Red are only one of two teams with a losing home record in 2017, the LA Galaxy are the other.

With Atlanta United and the Columbus Crew breathing down their neck, the Chicago Fire need to keep picking up points to secure a home game in the knockout round, or even the No. 2 seed in the East. Saturday starts a brutal quick two-game road trip that ends in San Jose on Wednesday.

The Union are trying to end the season better than they did in 2016. Positive results and performances from individuals will be key in the final month of play. Although they are winless since August 5, the Union have tied four of their last five games.

The game to watch in MLS on Saturday night takes place at Mapfre Stadium. The New York Red Bulls have drifted down to sixth place in the East and are in need of a result in Columbus to avoid an unexpected fall beneath the red line.

On the other side of the field, the Crew only have four games left and must take full advantage of each contest to have a chance to host a match in the knockout round. A win over the Red Bulls would almost guarantee the Crew of the No. 3, No. 4 or No. 5 seed in the East.

Maybe if we don’t say this is the week FC Dallas breaks their winless streak, they’ll actually do it. Oscar Pareja’s men have been in a freefall since their last win on July 22. Minnesota seems like the perfect team to take frustration out on, but the Loons have played well in recent weeks.

The expansion side is currently in the middle of its best run of form this season with seven points from its last four games. Adrian Heath’s side is no stranger to beating the best of the West at home, as it’s taken down Sporting KC, Portland and Real Salt Lake this season.

Two of the hottest teams in MLS collide at Rio Tinto Stadium on Saturday night with playoff implications all around. The Sounders are unbeaten in 13 games and are looking to make a final push for the No. 1 seed in the West.

Real Salt Lake jumped into the top six last weekend following a win over Portland. The Claret and Cobalt have lost just two games since July 4. Saturday’s clash could also be a preview of a knockout-round game in October.

The Colorado Rapids have burrowed themselves into the basement of the West, but they’ve looked decent in the last two weeks by earning four points. However, Saturday’s trip to BC Place might not bring them as much good fortune.

Carl Robinson’s Vancouver Whitecaps end their four-game homestand on Saturday, and with a difficult final stretch ahead, they must win against the last-place Rapids.

LA Galaxy might not want to tune into Sunday’s match at Children’s Mercy Park given how bad the midweek trip to Atlanta was. A loss would mark the Galaxy’s third losing streak of at least three games this season.

Sporting Kansas City is flying high from Wednesday’s U.S. Open Cup win, but there’s still plenty of work to be done in order to grab the No. 1 seed in the West. If Peter Vermes’ men get anything less than a win, it’ll be seen as a disappointment.

If Montreal can score five at BMO Field, it can surely score one or two at Mercedes-Benz Stadium, right? The Impact need to put in a positive performance in Atlanta to have a chance at keeping their playoff momentum up. An unexpected win or draw would put more pressure on the sixth-place Red Bulls.

Atlanta has already scored 17 goals inside its new stadium, and there’s no reason the high-scoring output will dissipate on Sunday afternoon. With the middle of the East standings still a little packed together, the Five Stripes have to take advantage of their final two games of the homestand, starting on Sunday.

Seven points adrift of the final playoff spot entering the weekend, Orlando City is playing for pride and Dom Dwyer is playing for a spot on the USMNT roster for the October World Cup qualifiers. If anything, Sunday’s trip to Providence Park should be exciting with Dwyer, Cyle Larin and Diego Valeri on the same field.

With four games left on the regular-season slate, the Timbers must win on Sunday to keep pace with their two Cascadia rivals and Sporting KC. Valeri will be in search of scoring a goal in his ninth straight game.