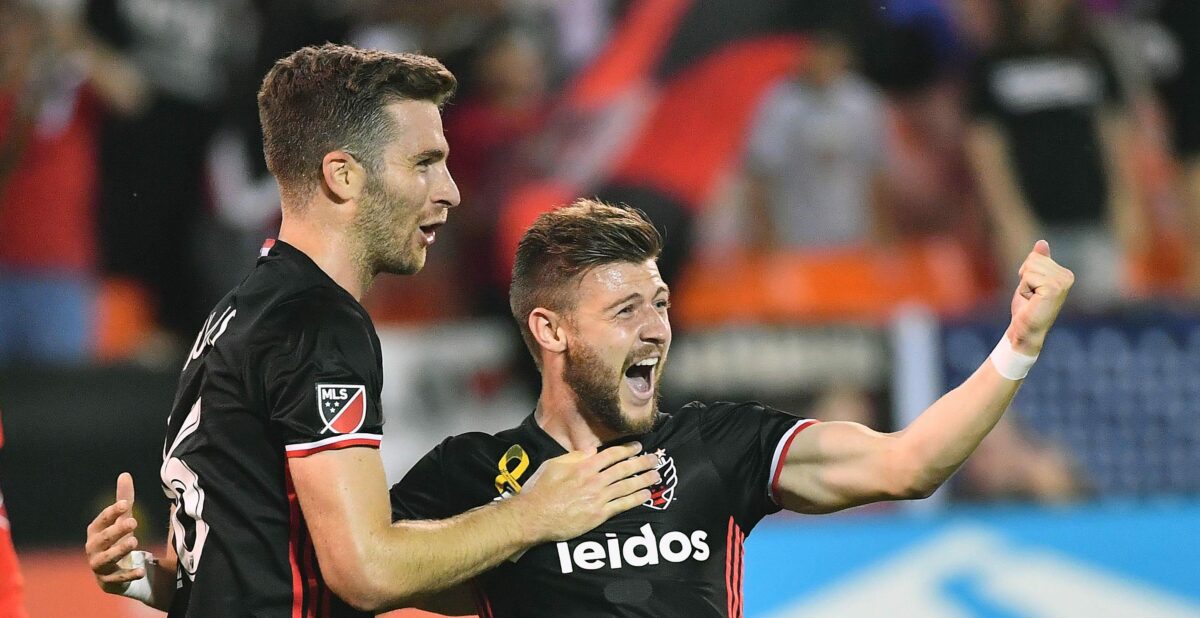 Coming into Saturday’s match, D.C United’s forward Patrick Mullins, had yet to put one in the back of the net in limited action this season. That all changed in 45 minutes.

The forward fired a hat-trick plus one against a spineless San Jose Earthquakes in D.C. United’s 4-0 victory at RFK Stadium in one of the Black and Red’s few bright spots of the season.

The visiting side did very little to pose intimidation on D.C. United from the get-go despite having the ability to push even further up the Western Conference playoff race.

Mullins did have the match of his life, but U.S. Men’s NationalTteam midfielder Paul Arriola arguably had his best of his performance of his D.C. United tenure. In the 57th minute, Arriola placed a spectacular ball inside the box, which was calmly finished by Mullins.

Only three minutes later, Arriola continued to show his superior style and flair against Shea Salinas as he whipped a cross from the right flank. It was no other than Mullins to the finish and his well-connected header was far too much for Andrew Tarbell.

The Quakes, who lacked cohesion on numerous areas of the pitch, only registered one shot on goal.

The second half continued to be a gift for Mullins as he bagged two more for the home side in the final 20 minutes of the game, ending any hope Chris Leitch’s men had.

After the woeful defeat the Quakes look to remain in playoff contention as they host the Chicago Fire midweek, while D.C. United travel to take on the New York Red Bulls the same day.

Mullins was the complete poacher against the Quakes, as his four goals showcase his perfection within the box.

Arriola’s peach of a pass to Mullins, who calmly finished it, opened the floodgates for United, who went pedal to the metal and never looked back.

Salinas has an exceptional performance against the Houston Dynamo last week, but that same level no where to be found against D.C. United.