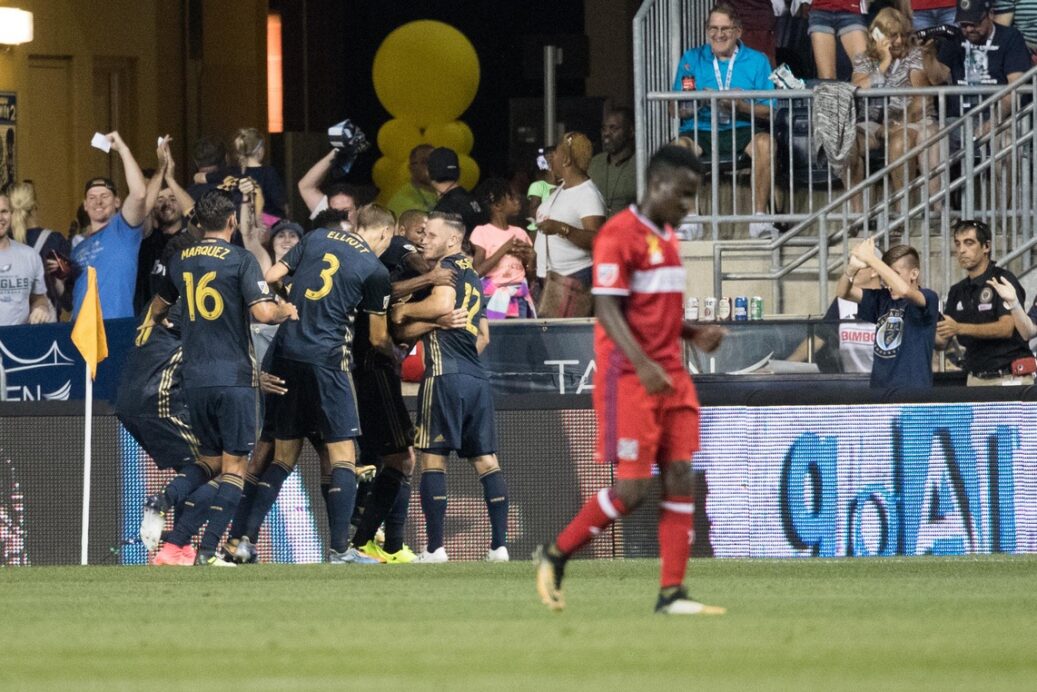 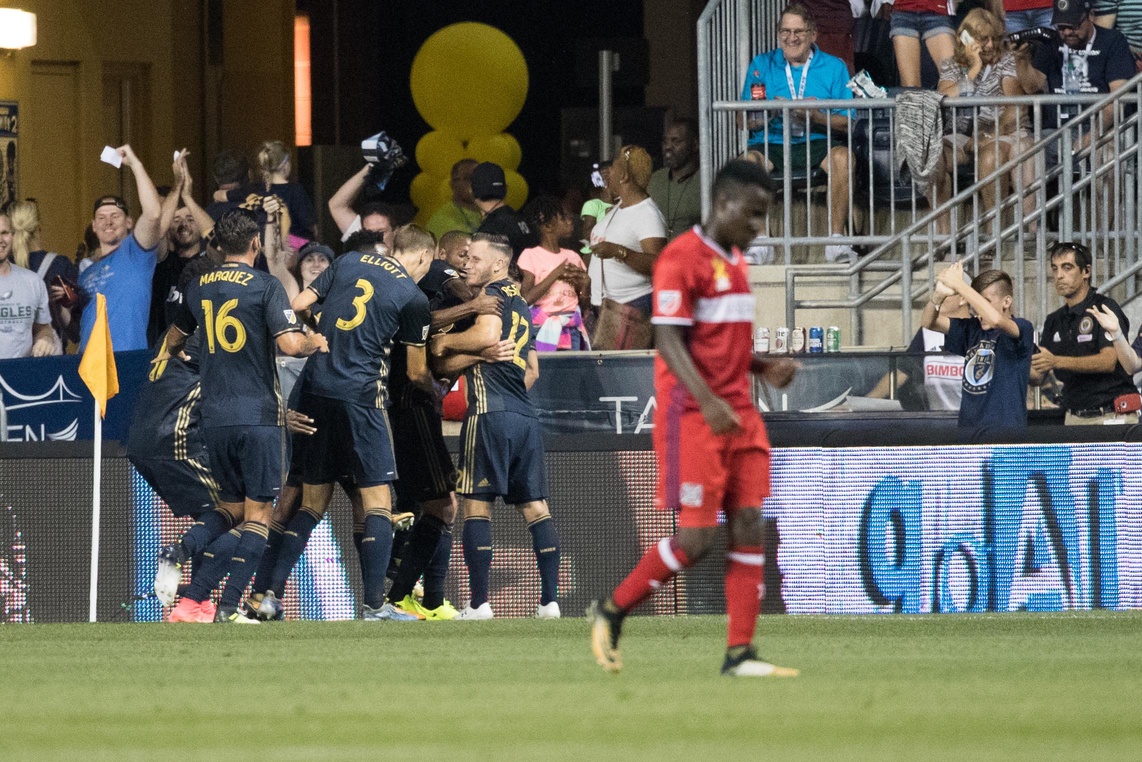 CHESTER, PA– An extensive goal drought was broken and history was made on Saturday night at Talen Energy Stadium.

Chris Pontius scored his first two goals since October 1, 2016 and C.J. Sapong netted his 50th-career tally while tying the Union single-season scoring record in the Philadelphia Union’s 3-1 win over the Chicago Fire.

The win also broke a winless run of six games dating back to the win over FC Dallas on August 5.

Pontius finally found the back of the net for the first time this season in the 10th minute as he connected on a cross from the right-wing by Keegan Rosenberry.

After a first half full of half chances and missed opportunities, the Union struck for blood again the second half, as Pontius knocked in his second tally of the contest in the 55th minute.

Pontius was the beneficiary of a terrific team buildup started by C.J. Sapong, who won an aerial duel that forwarded the ball to Alejandro Bedoya. Bedoya found Fafa Picault, who had his shot saved by Matt Lampson. Pontius was there to pounce on the rebound for his first multiple-goal performance since March 12, 2016.

Sapong made history on two levels in the 64th minute, as he knocked home a cross from Fabinho. The forward recorded his 50th-career MLS goal and tied the Union single-season scoring record held by Sebastien Le Toux’s 2010 total of 14.

The Fire attempted to make a comeback directly after the third Union tally, as substitute Luis Solignac got around Keegan Rosenberry and slotted a shot into the left corner of the net.

The Union will play again on Wednesday in Atlanta, while Chicago makes a cross-country trek to San Jose to play also on Wednesday.

Pontius broke a 27-game goal drought with a pair of strikes for the Union in the 10th and 55th minutes.

The Union’s second goal was a fine example of attacking chemistry and it distanced the Fire further on a night in which they looked dangerous on occasion.

David Accam wasted the chances he received before he was taken off in the 60th minute.