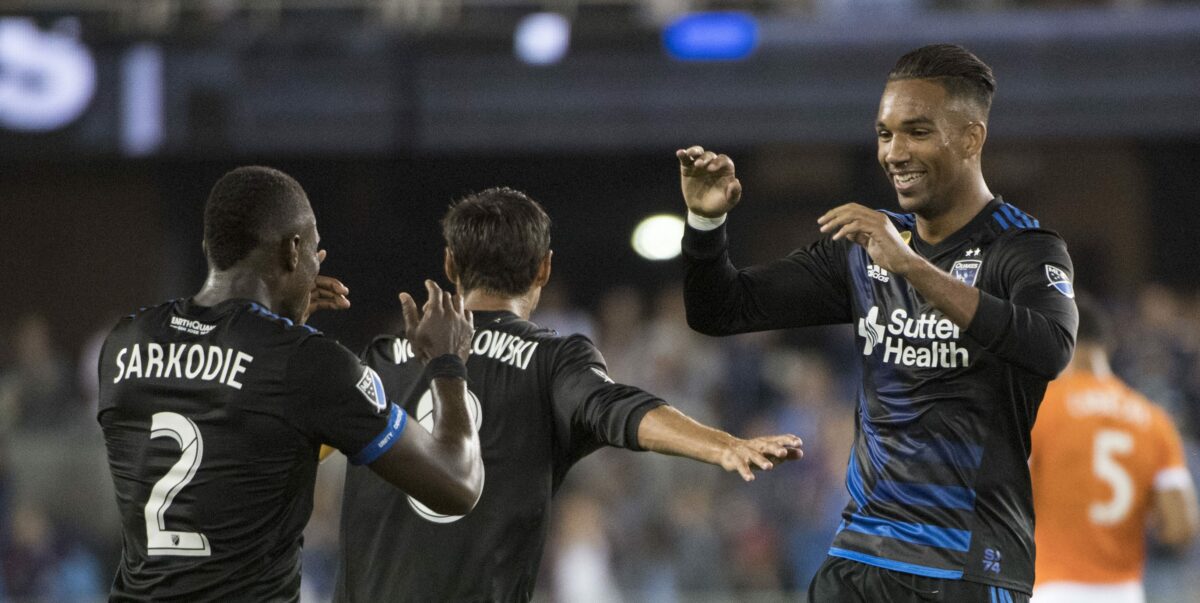 Like its counterparts, the San Jose Earthquakes contributed their fair share to shake the Western Conference playoff picture more than it already was.

With a first-half strike from Danny Hoesen, the Quakes edged out the Houston Dynamo, 1-0, in a must-win scenario at Avaya Stadium on Saturday night.

There is one reason why the Chris Leitch’s side is in playoff push contention: their impeccable record at home. After falling to only one defeat to LA Galaxy months back, the Quakes haven’t looked back since.

It wasn’t Chris Wondolowski who played his record-breaking 251 game sporting the Quakes’ crest to the rescue, but Hoesen, who 33 minutes in, with class, touched and finished a superbly delivered ball by Kofi Sarkodie from the right flank.

Moments before both sides hit the dressing room Vako rifled a wicked left-footed strike, but Tyler Deric’s fingertips were enough to send the ball over the crossbar.

In the span of two minutes, the Dynamo created clear-cut chances, but the ball refused to go in. First, an Alberth Ellis strike inside the 18-yard-box rocketed wide of Andrew Tarbell’s far post, and shortly after, ‘Cubo’ Torres’ header from point-blank range struck the post.

Marco Ureña had two clear one-on-one chances with Deric to put the game to rest, but the Costa Rican fell short when it mattered most.

Following the massive victory, the Black and Blue hit the road towards the nation’s capital as they take on D.C. United in a week time, while the Dynamo will look to get nothing but three points in Connecticut against NYCFC.

It was a questionable transition at first, but Shea Salinas’ move from the midfield to left back, has given the Quakes a boost time and time again

Hoesen’s poised finish inside the box half an hour in was essentially the Quakes lifeline in their must-win scenario.

Ureña displayed flair and class with Costa Rica over the last international break, but failed to carry that over when sporting the Black and Blue at Avaya, failing to put the ball into the back of the net in two clear instances.