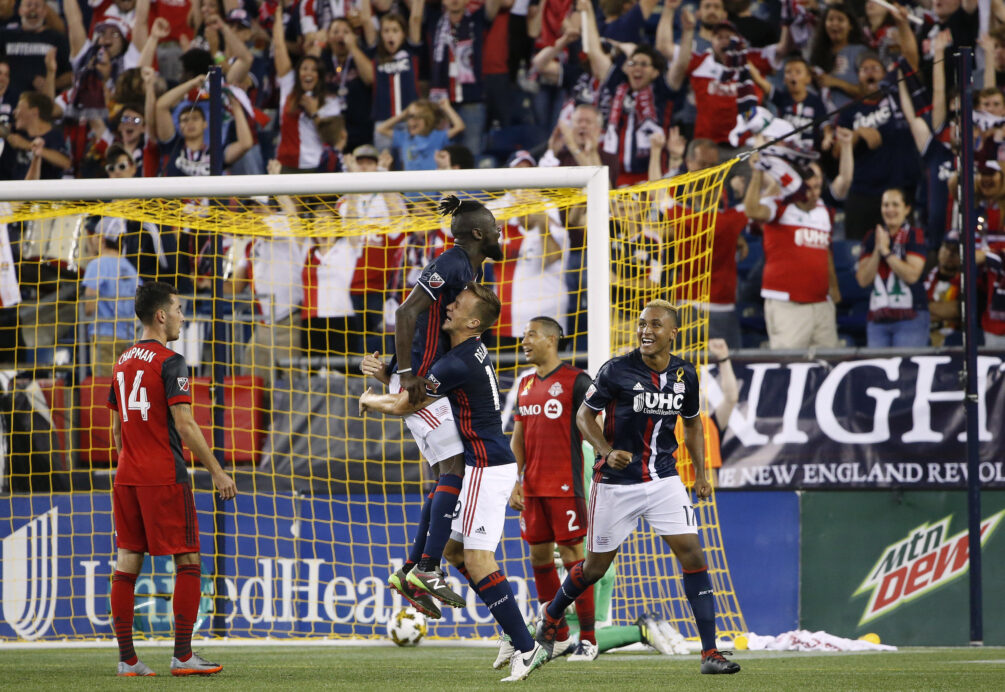 It took 80 minutes for goals to grace the match, but the New England Revolution escaped the last goalfest with the three points, beating Toronto FC 2-1 at Gillette Stadium.

The deadlock was broken in the 82nd minute, with the home side taking the advantage. Chris Tierney found Lee Nguyen running into the penalty area, who inched closer to goal before taking his shot. The ball easily flew past goalkeeper Clint Irwin, who played his first match since July.

Toronto, needing a win to secure the Supporters’ Shield, were quick to fire back, scoring just two minutes later. Nicolas Hasler scored from an angle to level the score, with an assist coming from Michael Bradley, who sent a long ball Hasler’s way.

The Revolution were not done, though, as Kei Kamara secured the win three minutes later. Nguyen’s corner found Kamara’s head, and the forward scored his 12th goal of the season.

The win marks the Revolution’s first win in three in their first match since firing Jay Heaps earlier this week. Toronto suffered their second defeat in as many games after going on a run of six straight wins.

Lee Nguyen came up big with ten minutes to go, as he was crucial in his team recording three points. Grabbing the match’s opening goal after 82 minutes, he grabbed the game winning assist just five minutes later.

The last ten minutes provided plenty of important moments, but none more important than the match’s final goal. With three minutes remaining, the Revolution pushed on for another goal and got it, thanks to a well taken corner by Lee Nguyen. The ball landed perfectly at the head of Kei Kamara, and the win was sealed.

For 80 minutes, the defenses were tidy and looked set for clean sheets, but by minute 88, the story was different. By that point, the Revolution were up 2-1, no thanks to Drew Moor, who did little to prevent Kei Kamara’s goal from going in the net.