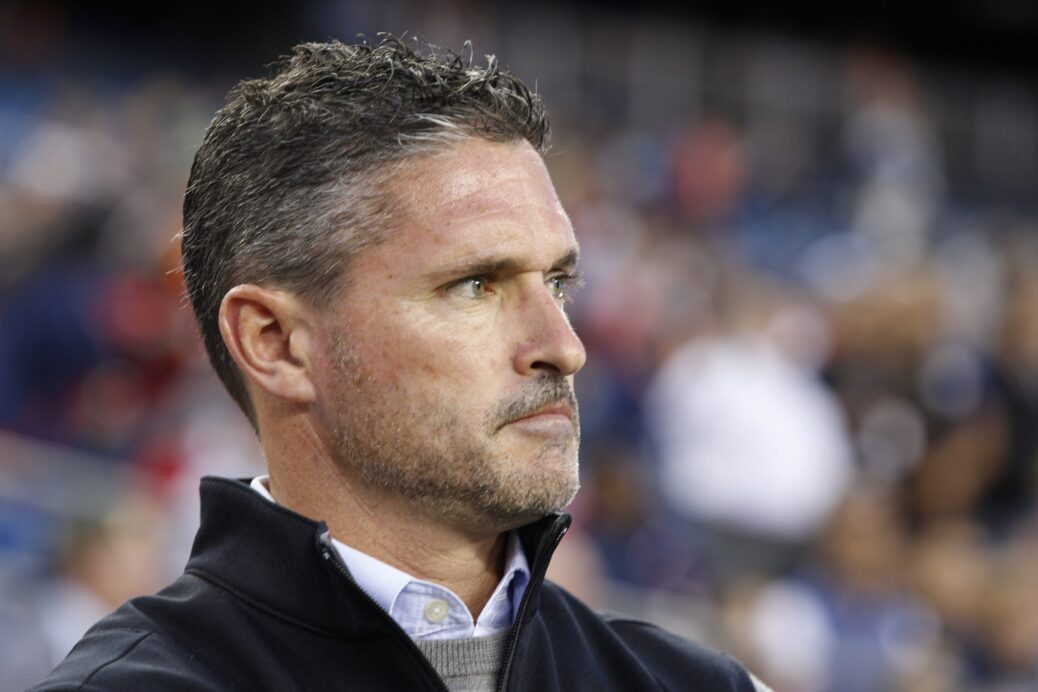 Change is coming for the New England Revolution.

Goal USA is reporting that the Revolution have fired head coach Jay Heaps.

(UPDATE: The Revs confirmed Heaps’ departure on Tuesday morning, while adding that Tom Soehn will take over the reigns as head coach on an interim basis.

“Jay has done a great deal for the club over the years and had considerable achievements. I have great respect for him and wish him well in the next steps of his career,” said Revs General Manager Michael Burns. “This decision has not been taken lightly, however, we need to do better than the results have shown from the last couple of seasons and this season left us convinced we need to go in a different direction.”

“Jay gave the club his all as a player and coach, and we are thankful to him for all his passion and hard work,” added Revs president Brian Bilello. “We will always be grateful for his efforts in bringing us back to both an MLS Cup final and a U.S. Open Cup Final and wish nothing but the best for him moving forward.”)

The Revs are on the outside of the playoff picture for the second year in a row at the moment, and are in a spell where they have lost their last two matches by a combined score of 10-1. They have accrued three red cards in that time, as well.

The Revs are currently eighth in the Eastern Conference, seven points back of a playoff spot.

Heaps took over as Revs coach in 2011 after spending nine years with them as a player. He led the team to the 2014 MLS Cup Final, where they lost to LA Galaxy. He has won 75 games during his time with the club.