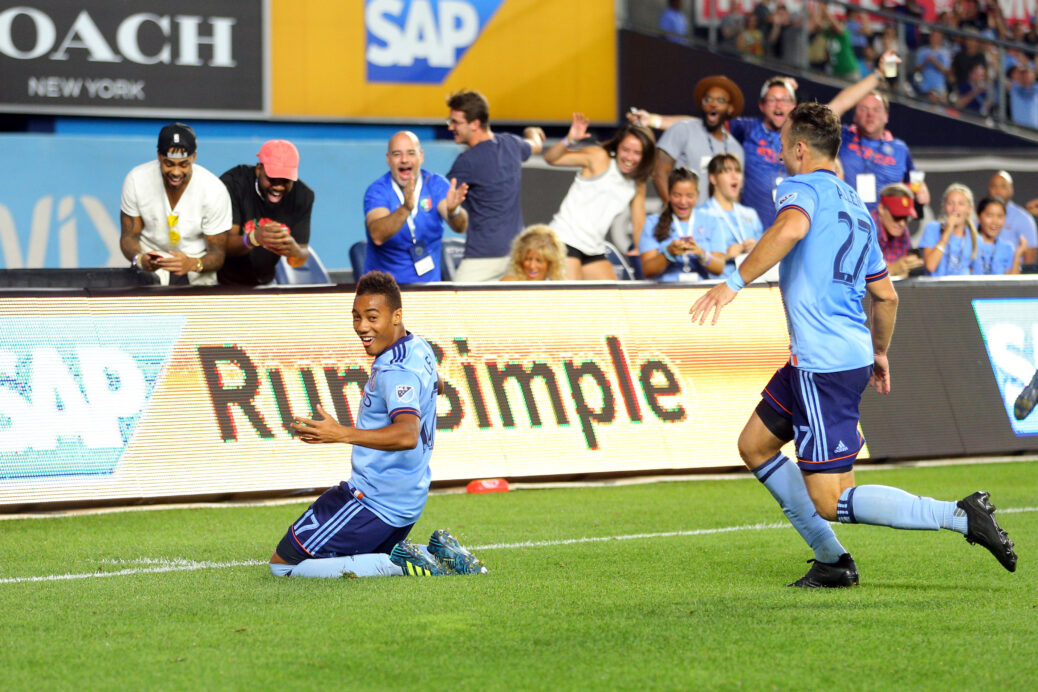 Jonathan Lewis didn’t get the most playing time of any rookie throughout the month of August, but the NYCFC winger made the biggest impact by leading his team to a pair of big wins.

Lewis scored his first two career goals in August, helping lift NYCFC to wins over the LA Galaxy and New England Revolution in consecutive weeks. Lewis’ play has since earned him a more regular role under Patrick Vieira while also locking down honors as SBI MLS Rookie of the Month for August.

The former Akron star began his run with a start in the Hudson River Derby as he turned in a 57-minute shift in a 3-2 win over the New York Red Bulls. It only went up from there as he scored his first MLS goal the very next week in a 2-0 win in Los Angeles. Eight days later, he was subbed on in the 85th minute to help NYCFC find a late winner against the New England Revolution, and he did just that in stoppage time to seal a 2-1 win and the club’s third straight victory.

Lewis’ goals earned him honors as SBI MLS Rookie of the Month over Lalas Abubakar.

What did you think of Lewis’ efforts? Which rookie impressed you most in August?