Sporting KC adds another trophy with another strong team performance 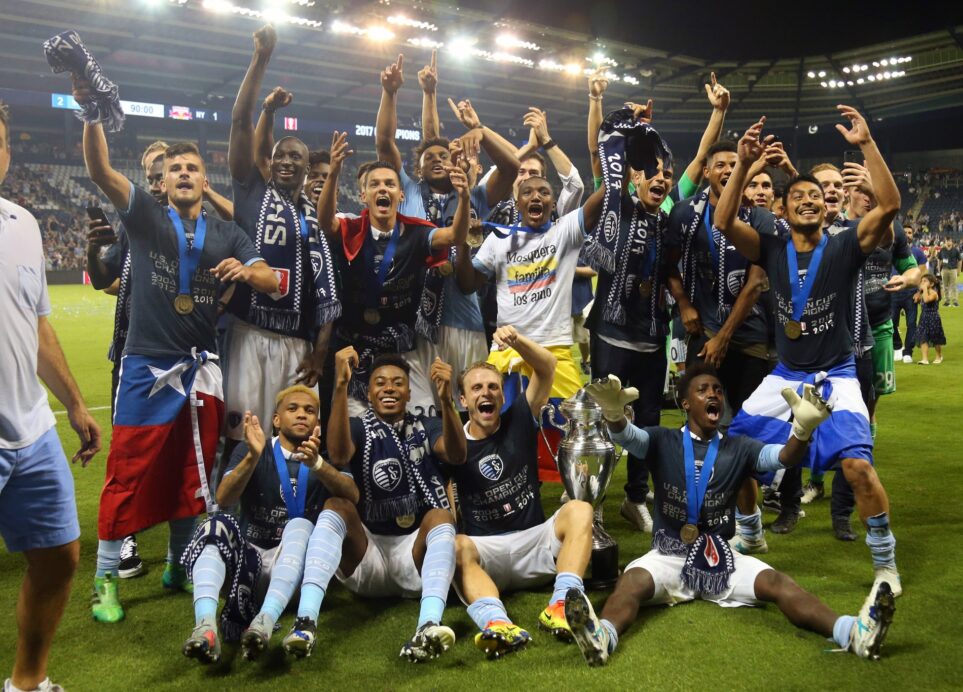 Manager Peter Vermes has instituted a culture based off four core values that has set the club up for success, with Wednesday’s U.S. Open Cup victory being the team’s fourth trophy in six years.

The establishment of a winning culture is why Matt Besler signed a long-term deal to stay in Kansas City, why Graham Zusi trusted the move to right back and why a young corps of attackers shined bright and filled a void let by Dom Dwyer that was supposed to be too big to fill according to some.

“I’m very fortunate that I get to work with incredible people every day and they are committed to what we do. I also think they help immensely with the culture of this club,” Vermes said. “I think the other side of it is that we have incredible ownership. The resources that they provide us to do our job are amazing. They understand that the environment that we have at this club is important in everything we do, and that helps and leads to success.

“The final piece is that you have to have players that not only can play, but they also understand the core values of your club and your culture,” Vermes said. “We have four, I talk about them all the time: team first, high work ethic, intelligence, and having a winning mentality. The winning mentality is not just winning games but pursuing excellence every day.”

Each member of the starting XI had their own importance to the victory, and so did the substitutes, including Daniel Salloi, who scored the game-winning strike in the second half.

The attacking trio of Gerso Fernandes, Latif Blessing and Diego Rubio, a collection of young stars not ready for the spotlight on their own, but ready to claim trophies as a collective, caused pains in the New York Red Bulls defense for most of the 90 minutes.

“Latif, Gerso, Diego and Daniel, all the guys up top were threats all game long in behind and out wide,” Besler said. “They played a big role for us. Before the game, we talked about being tough to play against, being good defensively and when the times present themselves someone stepping up and making a play. It just so happened those were young guys for us. Credit to them and they deserve a lot of accolades that they are going to get for this game.”

Those young players who hadn’t been involved in a final before Wednesday night were helped along by the experienced players in the side like Besler, Zusi, Benny Feilhaber and others.

“I said this early in the week, we have a lot of guys on the team that have experience, but experience only helps you if you know how to use it and you use it at the right time,” Vermes said. “I had a long talk with one of the veteran players about this and credit to those guys, they responded well. They stepped up in the important moments. It’s important for those guys to be able to pass on that experience. Not just in practice or in the locker room, but even during a game to a young guy.”

While the young attackers were busy delivering flair in the final third, Besler and the experienced back line held down the fort against a continuing surge of Red Bulls pressure.

“I know Peter uses the term bend but don’t break,” Besler said. “Once we went up 2-0, we knew we were going to have to absorb pressure. We probably absorbed too much pressure, if I’m evaluating the game. Again at the end of the day, we did enough to get the job done and that’s all that matters.”
The Open Cup is just the first trophy Sporting KC can win this season. With a win over the LA Galaxy on Sunday, the club will stay in the race for first place in the Western Conference, which would give them ample opportunity to play at home and make a march toward MLS Cup and the second trophy of 2017.
“Even before we started the season we all had a really bitter taste in our mouth about how we were eliminated the last two years, maybe even before that they had some rough outings as well,” Sporting KC goalkeeper Tim Melia said. “It was a goal of ours not to have to play in that play in game. Most importantly right now, we’re just trying to get in to playoffs.”
“It’s so tight in the West right now, as you guys know,” Melia said. “We’d love to be in one of the top two places to eliminate that even if it’s a one off game at home. We don’t want to have to play in a one off game. We’d love to get an opportunity to play a home and away series and I think that over the course of two games our talent will rise to the top and we’ll be good with those scenarios.”