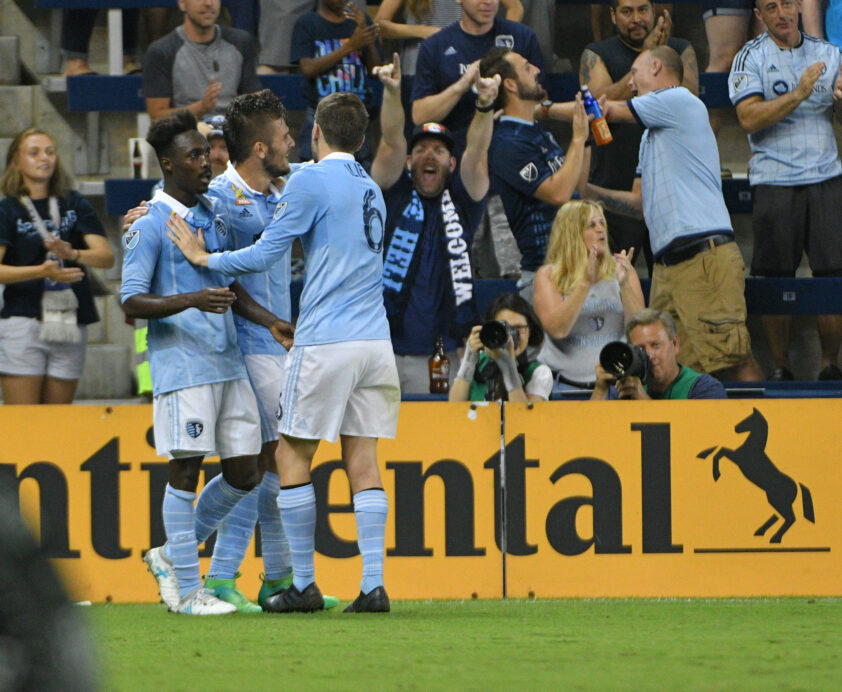 The New England Revolution took a battering midweek to the tune of 7-0 thanks to a pair of red cards. Another dismissal doomed them on Saturday as goal after goal flew in once again.

Despite a goal from Teal Bunbury within the first five minutes, the Revs were pounded yet again on Saturday in a 3-1 loss to Sporting KC. The win puts Sporting KC back in the hunt out West while the Revs were all but done in the East even entering Saturday’s match.

Bunbury opened the scoring just four minutes in, but the match shifted just seven minutes later as Krisztian Nemeth was sent off for violent conduct after VAR determined the former Sporting KC elbowed Graham Zusi in the case. A Gerso Fernandes goal came in the 11th minute, and it proved the be the first of several.

Diego Rubio provided a brace, with his first coming just moments before halftime on a Fernandes assist. Rubio then added his second and Sporting KC’s third in the 57th minute, sealing the win.

With the win, Sporting KC tastes victory for the fist time since Aug. 19 while the Revs’ loss is their fourth in six matches.

Looking ahead, Sporting KC hosts the LA Galaxy next Sunday while the Revs’ schedule only gets tougher as a visit from Toronto FC looms.

Krisztian Nemeth’s dismissal undid all of the positivity from an early goal, and the Revs paid with three goals in its aftermath.

Krisztian Nemeth was making the first start of his Revs career, but Saturday was a low point, especially following the 7-0 drubbing midweek.