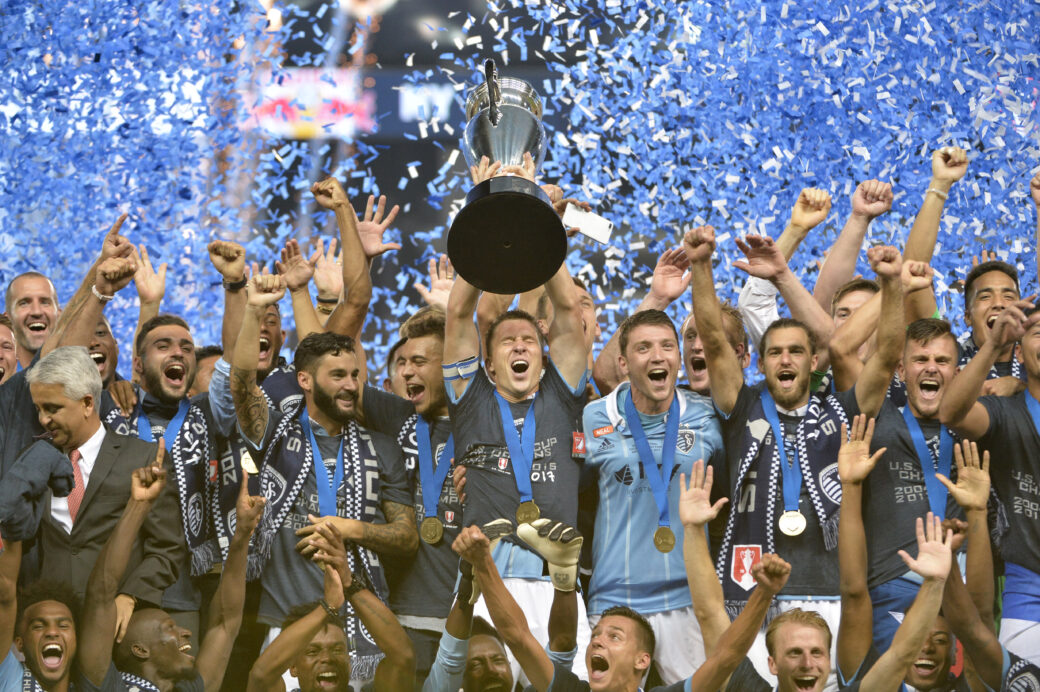 Sporting KC has made a habit of winning trophies in recent years, and they added another to their collection on Wednesday at the expense of the New York Red Bulls.

Goals from Latif Blessing and Daniel Salloi in either half were enough for Sporting KC, who lifted a fourth U.S. Open Cup crown at Children’s Mercy Park via a 2-1 win over the visiting Red Bulls. The win sees Peter Vermes push his record to 4-0 in knockout tournament finals while the Red Bulls remain trophyless in knockout competitions.

Blessing opened the scoring in the 25th minute, heading home on a Graham Zusi assist. From there, Sporting KC defended comfortably, relying on a total of six saves from Tim Melia and big plays from the veteran defense of Matt Besler and Ike Opara.

Salloi put the match out of reach in the second half, darting onto the end of a Benny Feilhaber longball before tapping a shot past an onrushing Ryan Meara. A late goal from Bradley Wright-Phillips added a bit of drama to stoppage time, but the Red Bulls saw a late free kick go off target, sealing their fate as Sporting KC earned the crown.

Credit to the entire Sporting KC defense, which stood tall aside from a late slip-up, but, once again, Tim Melia stepped up biggest, making six saves in the win.

Sal Zizzo was put on as a late sub against his old team and was promptly caught sleeping on the Salloi goal.