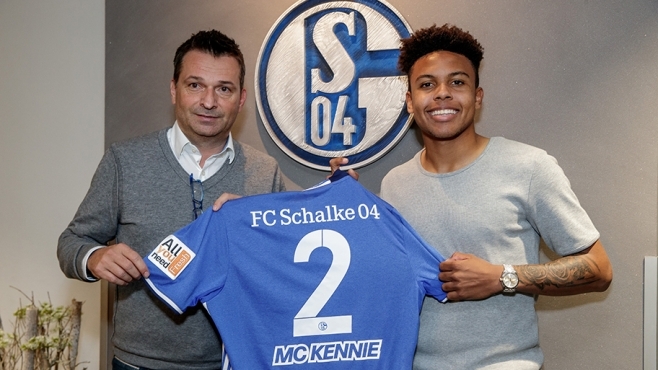 Weston McKennie has rapidly become part of the Schalke first team, and the club has now taken the step to lock the midfielder up for years to come.

Schalke announced on Wednesday that McKennie has signed a new deal with the club, extending his contract until 2022. McKennie’s prior deal was set to expire after the 2020 season.

The move comes following four first team appearances for McKennie, including a debut start in the Bundesliga against Bayern Munich.

“It was an easy decision for me to make. I love the club and everything here: my teammates, the head coach and the fans,” McKennie said. “I’d love to stay here forever.”

“Weston will develop into a key part of our first team with us. Weston has shown in the past few months that he is more than capable of contributing significantly to the future of Schalke,” added sporting director, Christian Heidel. “Thanks to his talent and his willingness to learn, Weston has made the rise from the U19s to the Bundesliga and it’s been a success from the get go. We’re very happy that Weston sees his long-term future to be at FC Schalke 04.”

McKennie and Schalke return to action on Friday against Bayer Leverkusen.