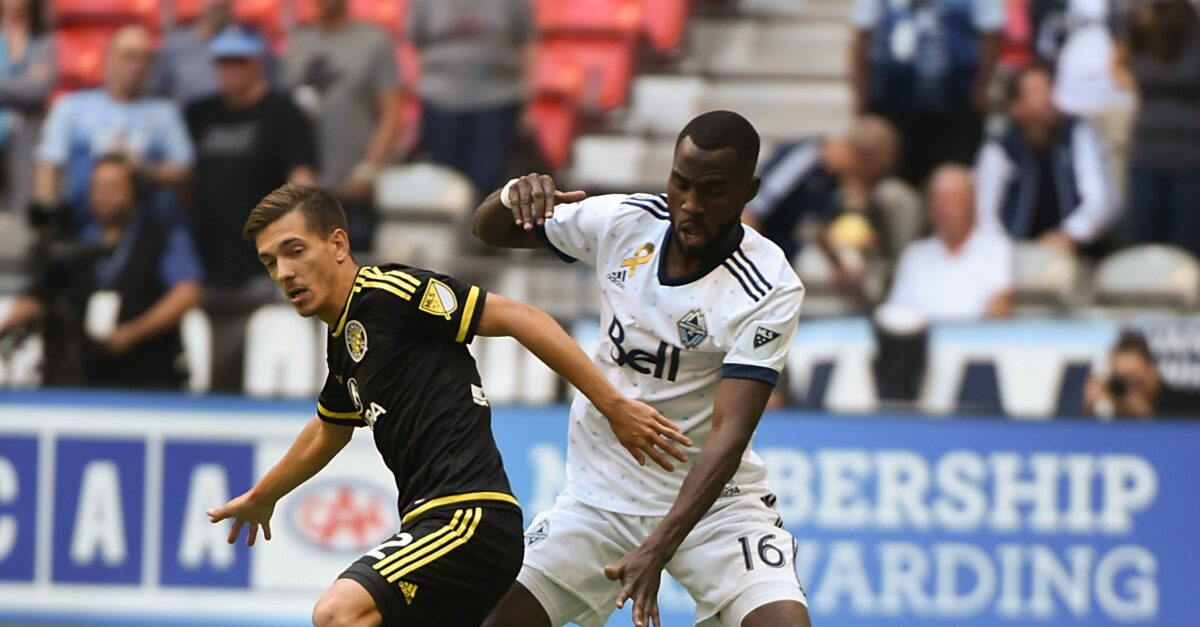 It looked to be done and dusted at BC Place, but with a goal in stoppage time, the Vancouver Whitecaps managed to rescue a point in a 2-2 tie with the Columbus Crew.

The equalizer came in the second minute of extra time, with the Whitecaps turning a cleared corner into another opportunity to score. Fredy Montero’s cross in front of goal ended up being the assist to Tony Tchani’s goal from close range.

Though the Whitecaps were in trouble in the late stages of the match, it began favorably for the home side. Yordy Reyna managed to find Montero making a run towards the penalty area, and he finished from close range after only 15 minutes.

The Crew were quick to begin mounting their comeback with a goal just four minutes later. Manneh was also involved here, providing the cross that ended up as an assist on Ola Kamara’s goal.

Kekuta Manneh made an impact for the visiting Crew in his first trip back to BC Place since being traded away from the Whitecaps in March with a goal in the 63rd minute. His strike came from distance, with a shot goalkeeper David Ousted could do little with.

From that point on, the Crew’s dominance in possession and shots aided them in their quest for three points, which was almost successful before Montero and Tchani snagged a late point.

Kekuta Manneh marked his return to Vancouver with an impactful display for his new club, grabbing an assist and a goal in addition. The midfielder’s 70 minute shift saw him active in attack as his team almost escaped with the three points.

With the Columbus Crew just minutes away from a victory, the defense was unorganized as Tony Tchani was left alone in front of the penalty area. Hector Jimenez and Justin Meram, in particular, were near the former Crew man as he stood feet from the goal line and eventually scored the equalizer.